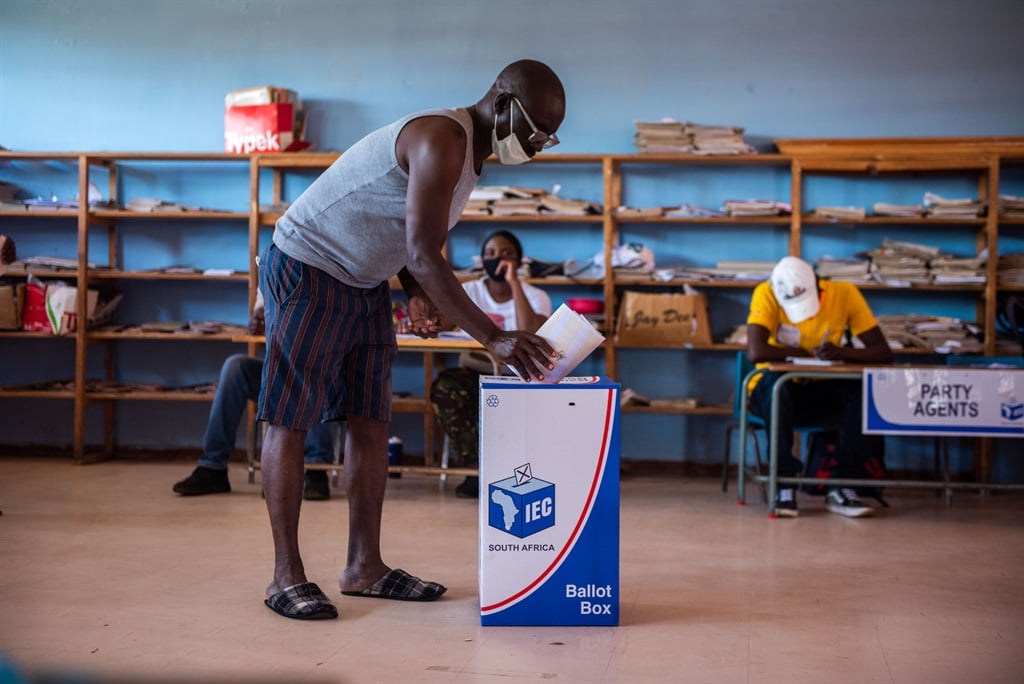 While the Organisation Undoing Tax Abuse (OUTA) will submit more input on the Electoral Amendment Bill, it is not taking asking the courts to review the bill in its current form off the table.

On Friday, the Constitutional Court granted Parliament another extension to the deadline it set for legislation that would allow independent candidates to participate in national and provincial elections.

A deadline extension was necessitated by the Portfolio Committee on Home Affairs' decision upon legal advice to have another opportunity for public participation.

Chief among the changes is a clause providing for the establishment of a panel of experts to consider more expansive electoral reform than what the current bill provides for.

The other change involves changing the threshold for supporter signatures, bringing what is needed by a party to register in line with what an independent candidate needs to compete in an election.

The committee decided to allow for public participation until 27 January. The Constitutional Court extended the deadline for the bill's enactment to 28 February.

This leaves Parliament with a month to process the submissions from the public, have the bill adopted in the National Assembly and for President Cyril Ramaphosa to sign it.

OUTA's parliamentary engagement and research manager, Rachel Fischer, said in a statement the organisation accepted the second deadline extension as a matter of necessity.

She added the Constitutional Court had no other option, as Parliament forced its hand in December.

Fischer said:
But it must be noted that this whole absurd situation and the two deadline extensions could have been avoided had Parliament prioritised its duties to ensure broad electoral reform by June 2022, as per the Constitutional Court's original instruction.

"As so often happens in South Africa, a golden opportunity for reform has been lost through political interference. Now we find ourselves at an impasse that is casting a shadow over the 2024 national elections."

The bill came about through a Constitutional Court order.

In its 11 June 2020 ruling, the apex court declared the Electoral Act unconstitutional "to the extent that it requires that adult citizens may be elected to the National Assembly and provincial legislatures only through their membership of political parties".

OUTA was a friend of the court in this case.

This means the initial deadline to pass the legislation was 10 June 2022.

Parliament initially deferred working on the amendment to the Department of Home Affairs, and the bill was only introduced to Parliament in January 2022.

The Constitutional Court extended the deadline for the bill's enactment to 10 December after Parliament approached the apex court for a deadline extension, when it became clear it would not reach the original cut-off date.

The National Assembly passed the bill in October last year, amid much opposition from civil society, including OUTA, which objected to what it called "MPs' last-minute rush" to push the bill through, torpedoing public participation.

The Portfolio Committee on Home Affairs has always maintained its public participation process was above board.

"Parliament's initial public hearings on the bill were more of a public relations exercise than responsible action in the public interest," said advocate Stefanie Fick, the executive director of OUTA's Accountability Division.

"There has been a focus on whether or not independent candidates should be allowed, when this matter is not up for debate as the ConCourt has already ruled that they must be allowed," added Fischer.

Even if public commentary and amendments are taken into consideration and accepted, the bill in its current form is still problematic, she said.

Fischer added:
Should the president sign off on it by end of February 2023, there are many grounds on which to challenge it.

However, OUTA will be submitting commentary yet again during this final opportunity for public participation.

"We will closely monitor the process over the next month," said Fischer.

A grouping of several civil society organisations last year also mooted going the legal route if the bill passes in its current form.

A general concern is the bill does not allow a mixed constituency-proportional list system.

Implementing such a system in time for the 2024 election is not plausible, and it is also not supported by the governing ANC.

We live in a world where facts and fiction get blurred
In times of uncertainty you need journalism you can trust. For 14 free days, you can have access to a world of in-depth analyses, investigative journalism, top opinions and a range of features. Journalism strengthens democracy. Invest in the future today. Thereafter you will be billed R75 per month. You can cancel anytime and if you cancel within 14 days you won't be billed.
Subscribe to News24
Next on News24
SONA 2023: Pomp and ceremony is back as Ramaphosa to deliver load shedding-free speech