Odette Oliver (39) makes a living creating African 'worry dolls'. She is a survivor of domestic abuse, has battled drug addiction and is slowly rebuilding her life after years of struggle.
PHOTO: Sandisiwe Shoba/News24

For years Odette Oliver struggled with drug addiction, the tortures of an abusive marriage, and a short stint living on the streets of Cape Town, before she found refuge making African "worry dolls" for Souper Troopers, a non-profit organisation assisting the homeless.

"Making these dolls, it did something for my life that I could stand up and tell my husband 'no', and I could make a change," she told News24.

The idea behind the tiny handmade dolls is to whisper your worries to them before bed and place them under your pillow. Legend has it the doll will take on your worries, helping to alleviate anxiety while you sleep.

While Oliver doesn't believe in the folklore behind the dolls, they were a stepping stone that helped her take back control of her life. Roughly two months ago, she found the courage to leave her husband after six tumultuous years of marriage.

I was emotionally abused, I was physically and financially abused.

The toxic mix of addiction and domestic abuse drove her to attempt suicide in January last year. She woke up at Somerset Hospital on "life support".

"This was my second suicide attempt, and this time, me waking up was a miracle," she said.

Shortly after, her husband's gambling addiction plundered their finances, leaving them homeless for several months.

While on the streets, she sought help from Souper Troopers.

This led her to a charity project called the Bo Kaap Helpers garden, where she spent her days tilling the soil and growing fresh vegetables. These activities were therapeutic, she says, and helped her start the process of coming to terms with her trauma.

"Working the ground and being connected with the earth and the sand, and just seeing something grow, was helping me," she said.

Oliver has battled with substance abuse intermittently for nearly 20 years. Growing up in a household with alcoholism and witnessing her brother get shot are some of the circumstances she believes triggered her addiction.

She started making worry dolls a few months ago after attending a workshop hosted by Souper Troopers. Each unique doll is made from recycled materials donated to the organisation. These include fabric offcuts, synthetic hair, jewellery, beads, and pantyhose.

It was while making worry dolls in a tent she shared on the streets with her husband that Oliver decided to leave him. 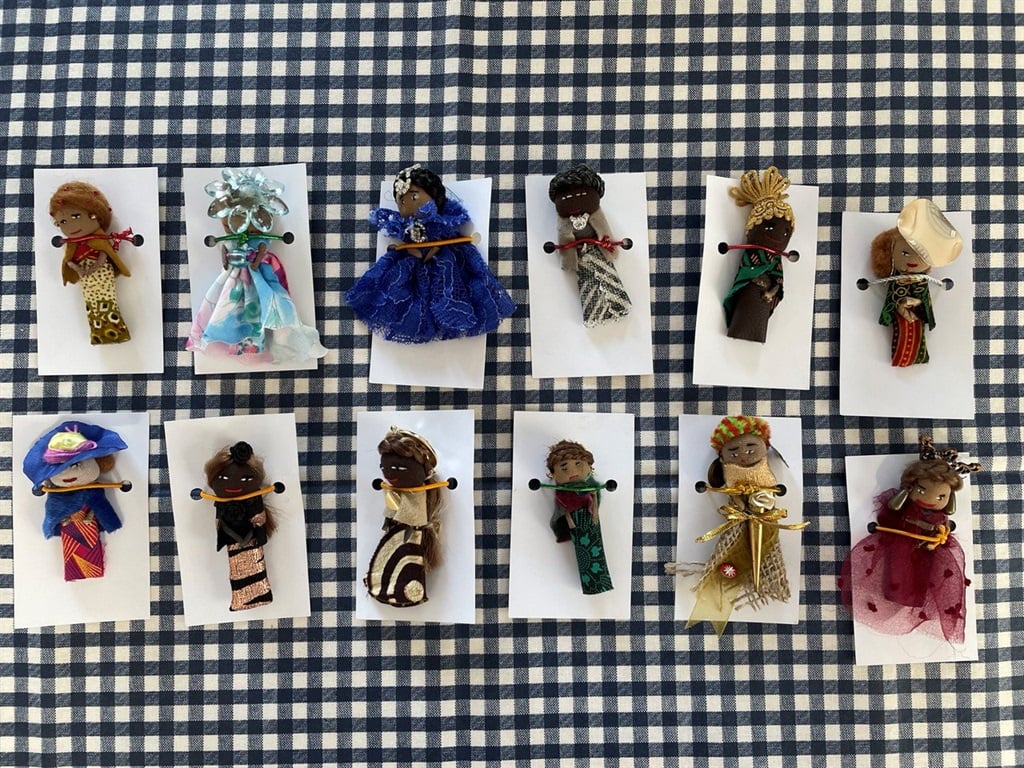 Some of the African worry dolls sold by Souper Troopers.
News24 Sandisiwe Shoba

"I gave my all to my husband. I mean, I landed up on the streets, living here with gangsterism," she said.

Apart from being something positive she could focus her energy on, the dolls have also helped her gain financial independence.

"I have a bank account," she says with a smile.

"The money helps me with my transport and groceries."

Oliver is now off the streets and living at a shelter for abused women and children. She looks forward to the future.

"I know that I need to save money, and I'm taking each day as it comes and each opportunity as it comes. I don't say no to anything, I just say yes. It's my time now."

Worry dolls can be purchased from Souper Trooper's online store.

We live in a world where facts and fiction get blurred
In times of uncertainty you need journalism you can trust. For 14 free days, you can have access to a world of in-depth analyses, investigative journalism, top opinions and a range of features. Journalism strengthens democracy. Invest in the future today. Thereafter you will be billed R75 per month. You can cancel anytime and if you cancel within 14 days you won't be billed.
Subscribe to News24
Next on News24
Joburg woman ranked world number 1 in aerial sports after remarkable recovery from spinal injury