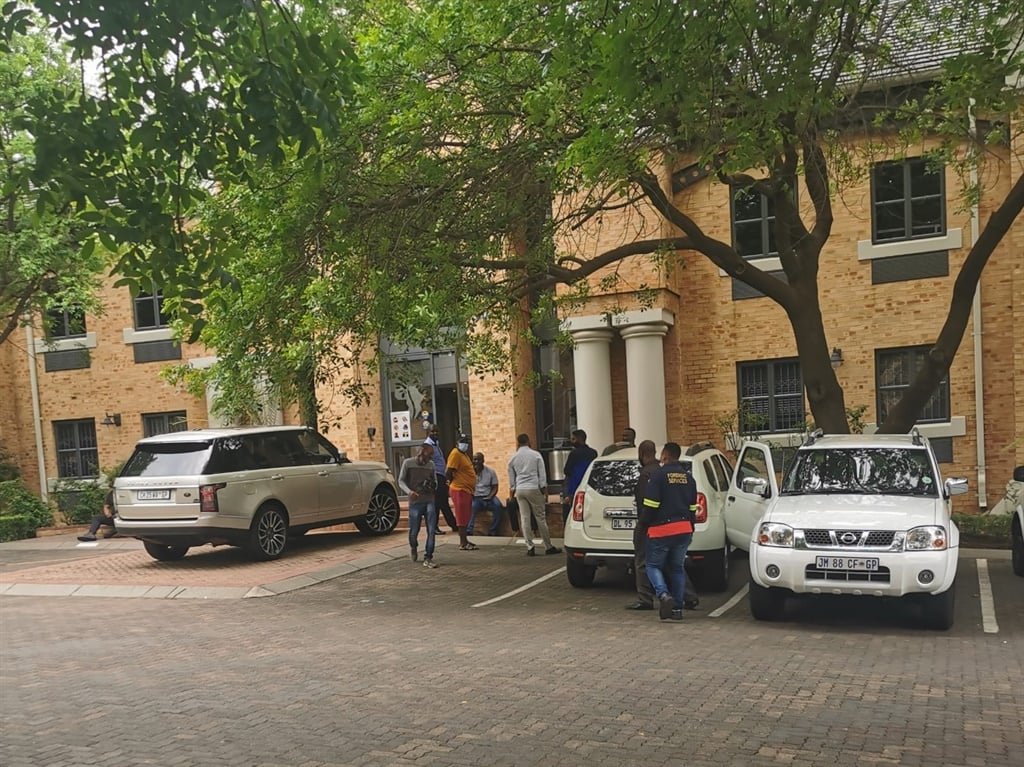 SAPS forensic officers seen outside the Sunninghill offices of LTE Consulting on the morning of 3 November. The company was raided by police.
Jeff Wicks

The Directorate for Priority Crime Investigation, or the Hawks, raided the Sunninghill offices of Thulani Majola's LTE Consulting on Tuesday.

Partially uniformed officers were seen at LTE's offices on Tuesday morning, along with other officials wearing what appeared to be Hawks-branded face masks. A News24 reporter visited the scene on Tuesday morning and observed the movement of forensics officials in and out of the building in the Belvedere Office Park.

Read this for free
Get 14 days free to read all our investigative and in-depth journalism. Thereafter you will be billed R75 per month. You can cancel anytime and if you cancel within 14 days you won't be billed.
Subscribe
Already a subscriber? Sign in
Next on News24
Unsung heroes: These are the people who risked their lives to resist, expose state capture