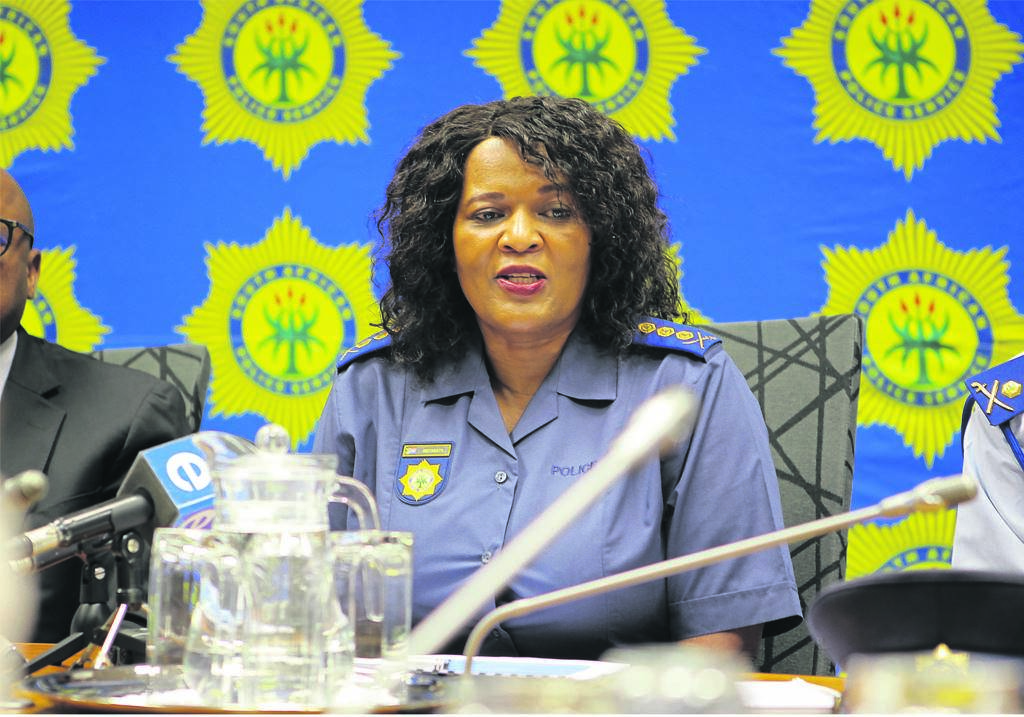 The Crime Intelligence (CI) division has been asked to cease illegal surveillance and interception of a News24 journalist following a series of reports detailing ructions in the top echelons of the police.

In a letter to Lieutenant-General Yolisa Mokgabudi, the acting head of CI, lawyer Willem de Klerk demanded that "those within Crime Intelligence participating in these activities, immediately be ordered to cease all further unlawful interception of News24 journalists' communication, their surveillance and/or general intimidation".

The letter was also dispatched to Judge Bess Nkabinde, who is the designated judge charged with authorising legal interceptions in terms of the Regulation of Interception and Communication Act (RICA), and Setlhomamare Dintwe, the inspector-general of intelligence (IGI). Mokgabudi's office has confirmed receipt of the letter.

This follows information received by investigative reporter Jeff Wicks from three well-placed and reliable sources that a "counter-intelligence" operation was launched in February to determine who Wicks' sources for News24's continuing coverage on police ructions are.

According to this information, Wicks was identified as a target and had been the subject of an ongoing operation involving a "grabber" - a device which can track and trace a cellphone.

At least one source said other News24 journalists were also under surveillance.

Wicks has also been subjected to physical surveillance by operatives believed to be affiliated to CI.

According to De Klerk's letter, concern for Wicks' safety and privacy was prompted on 26 February 2021 when he was followed after leaving his home. This course of action has seemingly been repeated.

The existence of the surveillance operation was confirmed by three sources, two of whom have direct knowledge of operations, machinations and power-struggles in CI and the police's senior structures.

Both are of senior rank and with executive functions related to the police's specialist crime-fighting functions.

The third source has direct access to senior police officials and sensitive organised crime investigationsAll relayed information that an operation to determine who Wicks speaks to during the course of reporting on CI and the police is ongoing.

News24 has also requested an investigation to establish the extent of the unlawful surveillance and that all records collected during the operation be returned to the publication and its journalists as well as an assurance that steps will be taken to prevent further unlawful surveillance.

The operation seemingly stems from the fallout in senior CI and police ranks following the suspension of CI head Lieutenant-General Peter Jacobs. (Jacobs' suspension has since been lifted, although he was immediately transferred to another division, with Mokgabudi acting in his stead.)

Wicks and News24 then reported that Jacobs, who was involved in a disciplinary hearing following his suspension, sent a letter to the national police commissioner, General Khehla Sitole, also claiming he was the subject of illegal surveillance and his communication had been intercepted with the help of a "grabber" device.

De Klerk argued in his letter:

"It is clear to our clients that CI is engaged in a covert operation to follow News24 journalists, intercept their communication and generally to intimidate them. The conduct by CI appears to be unlawful and contrary to the provisions of RICA."

He said the unlawful interception of journalists' communication "is particularly serious" and it has been the subject of court action previously, where the court held that journalists' sources must remain secret.

"The Constitutional Court recently confirmed that the confidentiality of journalists' sources is 'particularly significant in our constitutional dispensation' and that there needed to be 'special consideration' given when seeking and granting directions to place journalists under surveillance."

Wicks has been a leading reporter on escalating tensions in the police, and especially those between Sitole and Police Minister Bheki Cele.

His sources have explained how conflict within CI and the broader police management has led to Jacobs' suspension, its repercussions as well as developments linked to the murder of Lieutenant-Colonel Charl Kinnear, the commander of the Anti-Gang Unit (AGU), who was murdered last year.

Adriaan Basson, News24's editor-in-chief, has condemned the apparent surveillance of Wicks and said he hoped the matter would be dealt with swiftly:

"Jeff has been leading the reporting on the turf battles in CI for months. As outrageous as it is that some in the police think it's acceptable to spy on a journalist and try to uncover his sources, it is not surprising. The police as a whole, and CI in particular, has been at the heart of party capture by opposing factions in the ANC. It would be naïve to think this stopped with the change of guard in 2018."

"We will continue to unearth and report on the turf wars in CI that undermines the safety of every South African. We will not be intimidated and trust Judge Nkabinde and the IGI will assist us to get to the bottom of this abuse of power," he said.

Nkabinde is tasked solely with authorising, or rejecting, requests from intelligence agencies to engage in the interception of electronic communications in accordance with RICA. Such authorisation must clear a high legal bar, something which in recent times has become a contentious matter given the factionalism in the state's various intelligence bodies. Both she and Dintwe have the authority to demand explanations from the relevant institutions, with Dintwe able to launch a full-scale investigation.
We live in a world where facts and fiction get blurred
In times of uncertainty you need journalism you can trust. For only R75 per month, you have access to a world of in-depth analyses, investigative journalism, top opinions and a range of features. Journalism strengthens democracy. Invest in the future today.
Subscribe to News24
Next on News24
Top cop Sitole and key generals look to SCA for salvation

Here are the winning Lotto and Lotto Plus numbers
Full list of lottery results
Lockdown For
DAYS
HRS
MINS
Voting Booth
Would you choose to continue working from home after the coronavirus lockdown if given the option?
Please select an option Oops! Something went wrong, please try again later.
Yes, it's much better for me
40% - 7748 votes
No ways! I can't wait to get back to the office
12% - 2258 votes
A mixture of both would suit me best
48% - 9391 votes
Previous Results
Podcasts
PODCAST | MISSING MATTHEW EPISODE 3: Decades of false starts add to a family's despair