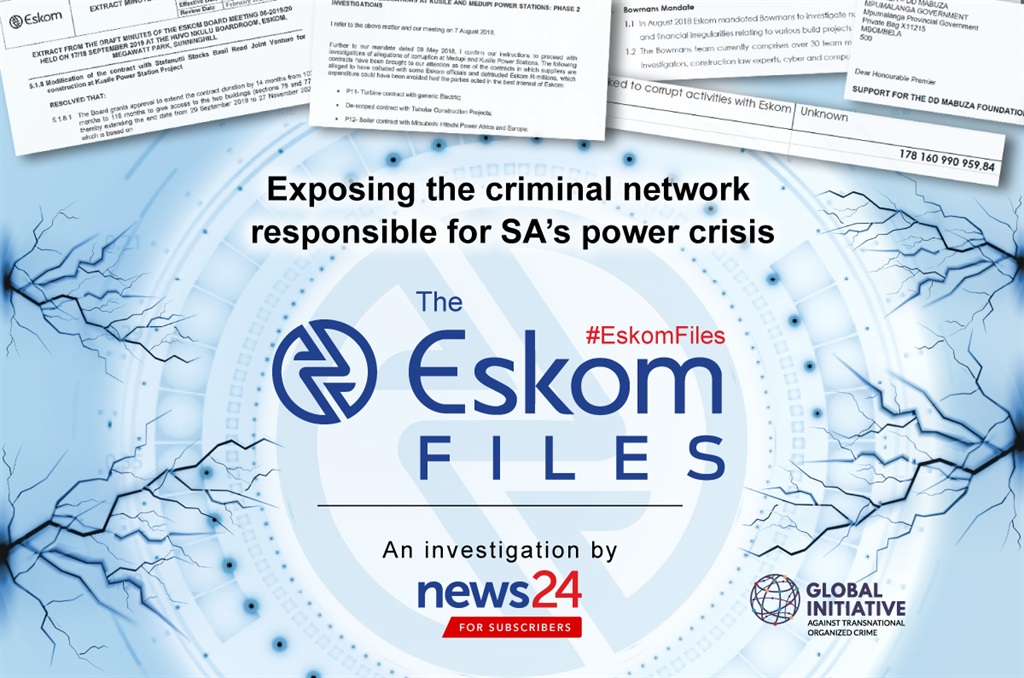 An irate André de Ruyter, Eskom's chief executive, personally helped identify more than R3 million in overpayments made to suppliers for knee guards – and, in less than two weeks, the company recovered more than R1 million.

In one instance, a former employee paid back almost R1.2 million within hours after being fingered by De Ruyter and Eskom. News24 understands the money was repaid in two tranches late in the night of 4 August 2021 and in the early hours of the following morning.

De Ruyter apparently asked that Eskom act against suppliers found to have overcharged the power utility last year – the same year the overpayments were made – but personally intervened when little progress was made. The investigation was conducted by Eskom's internal forensic department.

Support independent journalism
Subscribe to News24 for just R75 per month to read all our investigative and in-depth journalism. You can cancel any time.
Subscribe
Already a subscriber? Sign in
Next on News24
THE ESKOM FILES | Friends in Group Capital and kickbacks for pads: Another official found to have scored off contractors

3 bag the jackpot in the Daily Lotto
Full list of lottery results
Lockdown For
DAYS
HRS
MINS
Voting Booth
Have you ever purchased a fake luxury/designer item?
Please select an option Oops! Something went wrong, please try again later.
Yes, I believed it was authentic
7% - 156 votes
Yes, I didn't want to spend that much money on the original item
21% - 481 votes
No, I always shop at reputable stores
14% - 335 votes
No, I don't wear designer clothing
58% - 1365 votes
Previous Results
Podcasts
PODCAST | My Only Story: The boys' school, the water polo teacher and the creepy WhatsApp messages