An internal report compiled by senior executives of the South African Revenue Service (SARS) and forwarded to tax boss Edward Kieswetter in March recommends that two key reports, which were used to drive the "rogue unit" narrative, be officially withdrawn, and affected employees offered an apology.

According to a copy of the 52-page report, which News24 has obtained, a committee tasked with investigating the need for reparations to SARS employees affected by allegations of illegal spying or their involvement in an alleged internal rogue unit, found that the contentious Sikhakhane and KPMG reports into SARS be withdrawn due to the "inaccurate or misleading information" it contained.

There’s more to this story
Subscribe to News24 and get access to our exclusive journalism and features today.
Subscribe
Already a subscriber? Sign in
Next on News24
EXCLUSIVE | Top cops ‘knew Kinnear’s phone was being tracked’ two weeks before his murder 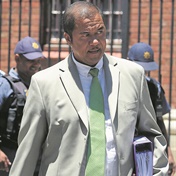