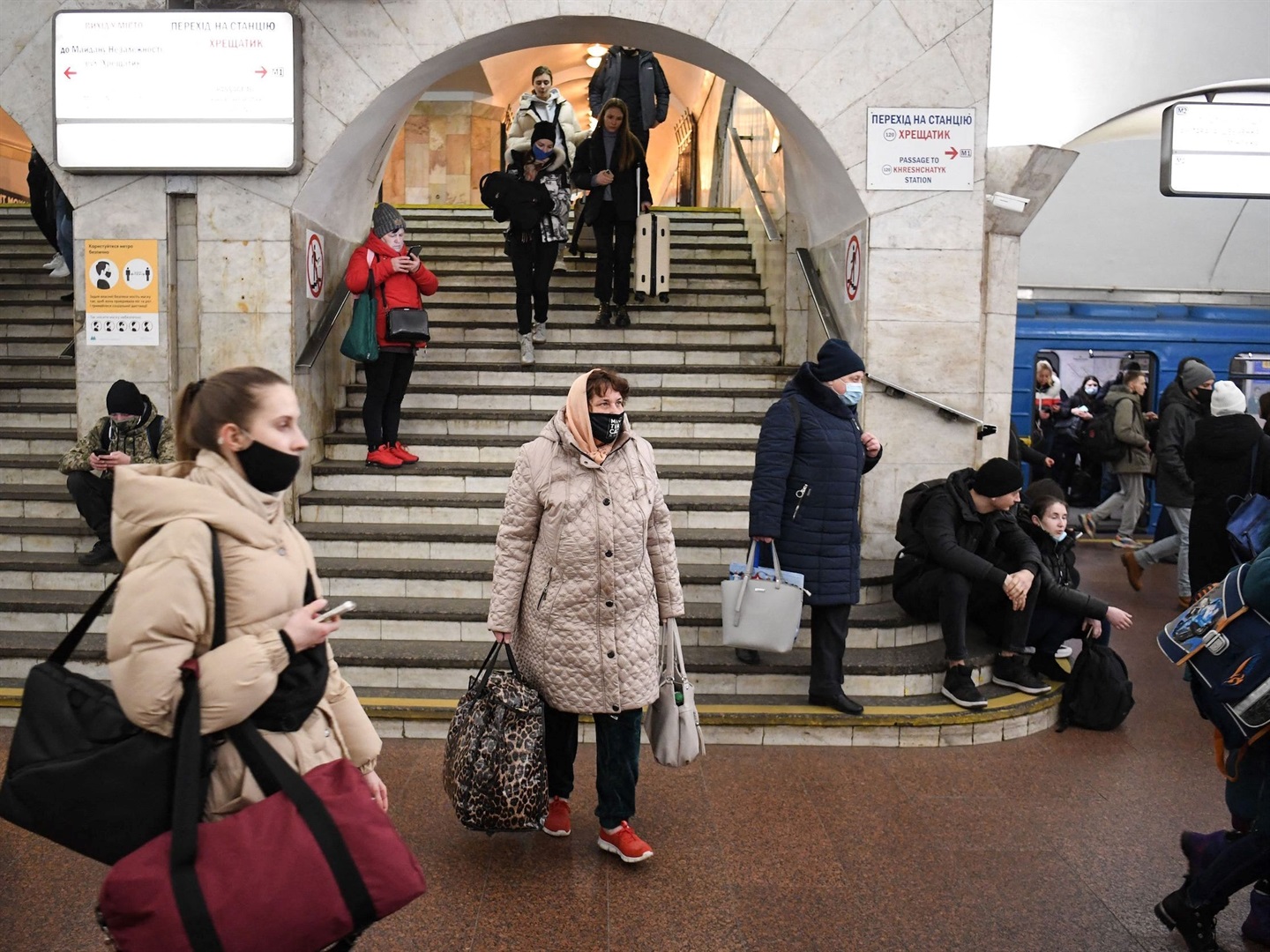 People, some carrying bags and suitcases, walk in a metro station in Kyiv early on February 24, 2022. Air raid sirens rang out in downtown Kyiv today as cities across Ukraine were hit with what Ukrainian officials said were Russian missile strikes and artillery.
DANIEL LEAL/AFP via Getty Images

Air raid sirens pierced the icy cold early on Friday morning in the Ukrainian capital of Kyiv, a day after Russia launched an unprovoked attack on the country after months of warnings from the West over imminent invasion.

People in Kyiv woke early on Thursday morning to loud explosions which started, according to South Africa's ambassador to the Ukraine, André Groenewald, a day of chaos amid "almost Apocalyptic" scenes.

Read this for free
Get 14 days free to read all our investigative and in-depth journalism. Thereafter you will be billed R75 per month. You can cancel anytime and if you cancel within 14 days you won't be billed.
Subscribe
Already a subscriber? Sign in
Next on News24
EXCLUSIVE | Phala Phala saga: Parliament to probe claims of Zizi Kodwa cover-up, abuse of secret funds