Despite unhappiness over lockdown regulations, most News24 readers appear to be adjusting well to lockdown life, adapting relatively to the demands of working from or studying at home, and accepting limitations on their freedoms.

This is according to a new News24/Ipsos survey conducted from 25 May to 4 June which covered 52 287 readers from across the country.

"The findings are representative of South African adults with access to the internet – whether this access is at home, at work and/or on a mobile phone. This group represents about two thirds of all adults in the country and covers all provinces, population groups, ages and people of different working status and incomes.

More than 50% of News24 readers said they were coping well with lockdown life and were being supported by their employers while working from home, according to the poll. Many News24 readers were unhappy with the government regulations on tobacco, alcohol, exercise and religious gatherings. (Most of these regulations were still in place when the poll was under way but some have since changed.)

But this was not enough for most readers to consider the entire lockdown unfair: more than 60% said they were not angry with the government's restrictions on their freedom.

The poll canvassed readers on issues that included the impact of the pandemic on their personal finances, how they rated the government's performance in response to the virus, how confident they were that testing was widely available, and what impact the lockdown had on their online shopping habits.

These are some other findings: Young people seemed to mind the restrictions on their freedom less than older people. About 44% of those aged 50 and older were angry about the restrictions, while just 15% in the 18-25-year-old category felt the same.

More than 40% of News24 readers felt tobacco products should be allowed. About the same percentage thought that alcohol should be allowed. Those who wanted alcohol and tobacco unbanned tended to be in the slightly older age groups.

There was huge support for exercise at all times of the day, with nearly 70% of News24 readers agreeing or strongly agreeing that this should be allowed. White people strongly agreed with this in far greater numbers than black people.

There was less enthusiastic support for the unbanning of religious gatherings, with around 30% of people agreeing or strongly agreeing that they should be allowed under the lockdown. 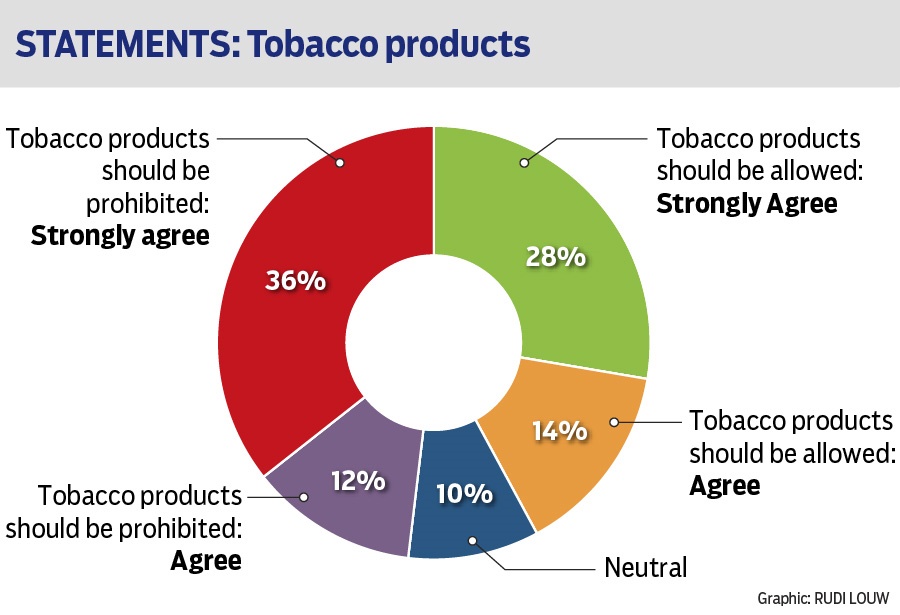 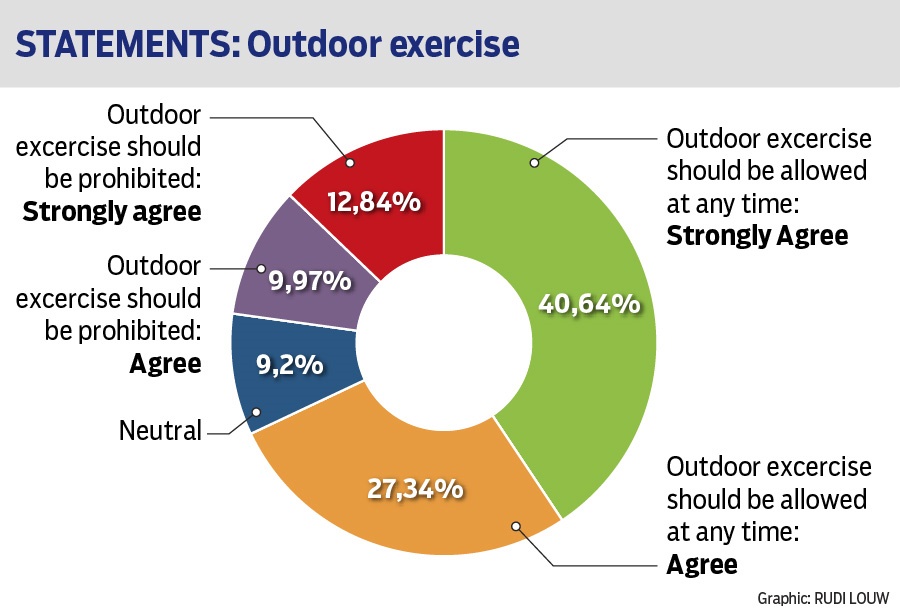 Productivity appears to have reduced among News24 readers who work from home, but only just. How are employers doing? Despite the closure of most shops and the sale of many non-essential items banned for the duration of lockdown, it does not appear as though many News24 readers have become online shoppers.

Online shopping was also banned for most of the lockdown, and was only unbanned at the end of Level 4, right in the middle of the News24/Ipsos survey.

On average, only 5% of News24 readers said they now do most or all of their grocery shopping online. The trend was predictably higher in younger people, with older people opting to spend less on online grocery shopping.

Only about 4% of readers had moved most or all of their shopping for health, cosmetics and clothing online.

The financial bite of the pandemic could be seen in the low number of readers who planned to purchase anything expensive in the near future. About a quarter of readers said they would like to purchase expensive items, such as televisions, computers or phones, but simply were not able to.

We live in a world where facts and fiction get blurred
In times of uncertainty you need journalism you can trust. For only R75 per month, you have access to a world of in-depth analyses, investigative journalism, top opinions and a range of features. Journalism strengthens democracy. Invest in the future today.
Subscribe to News24
Related Links
Covid-19: News24 readers approve of government, president’s handling of pandemic - new poll
Covid-19 has had 'severe impact' on readers' personal finance, News24/Ipsos poll finds
Covid-19: Apathy? Just 37% of News24 readers expect to be infected, News24/Ipsos poll finds
Next on News24
EXCLUSIVE | Cops splurge R100m on spy technology they cannot use