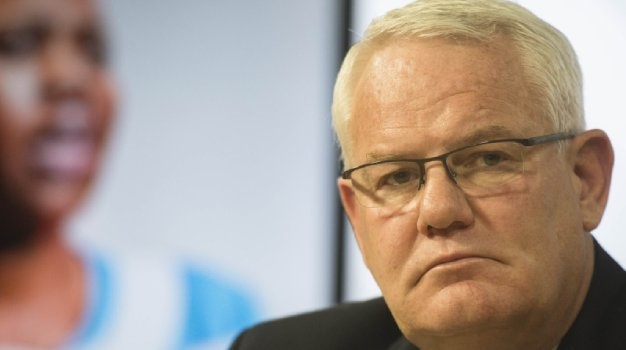 The ghost of Shaun Abrahams continues to haunt the National Prosecuting Authority (NPA) long after he vacated its highest office, with his decision to authorise the racketeering prosecution of former KZN Hawks boss Johan Booysen now at the centre of a multimillion-rand damages suit.

The veteran policeman, retired and working as a consultant in the security sector, filed a R7.6 million claim against the Ministries of Police and Justice in the Durban High Court in December.

There’s more to this story
Subscribe to News24 and get access to our exclusive journalism and features today.
Subscribe
Already a subscriber? Sign in
Next on News24
Suspended Crime Intelligence boss Peter Jacobs warns of shadowy spy 'plot'

Every day ke payday for Daily Lotto players
Full list of lottery results
Lockdown For
DAYS
HRS
MINS
Voting Booth
When a Covid-19 vaccine for under 16's becomes available, will you be taking your children to get it?
Please select an option Oops! Something went wrong, please try again later.
Yes, immediately!
37% - 2418 votes
I'll wait to see how others respond
26% - 1742 votes
No, I don't think they need it
37% - 2419 votes
Previous Results
Podcasts
PODCAST | MISSING MATTHEW EPISODE 3: Decades of false starts add to a family's despair