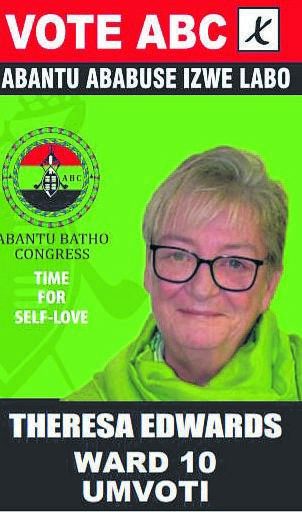 The Abantu Batho Congress (ABC) has vowed to take legal action against those who removed its election posters in Greytown and Durban.

More than 30 posters which had the face of ABC ward candidate Theresa Edwards have been defaced and removed in the Greytown CBD last week.

ABC president Philani “PG” Mavundla said: “We are consulting with our lawyers as far as this matter is concerned. Our election posters have been removed all over KZN, even in Durban posters are being removed. This all happened after we had launched our manifesto.

Support independent journalism
Subscribe to News24 for just R75 per month to read all our investigative and in-depth journalism. You can cancel any time.
Subscribe
Already a subscriber? Sign in
Next on News24
Bracing for next wave