Fear mounts as department pushes for reopening of schools

UNIONS representing teachers have expressed concerns about the decision of the Minister of Education Department Angie Motshekga to reopen schools on Monday, June 8.

The unions are concerned that many provincial departments have not been able to deliver personal protective equipment (PPEs) to the schools.

“PPEs for [pupils] have not arrived at schools, despite earlier assurances that they are housed in warehouses in the provinces. Many schools have not been cleaned and disinfected as per the direction of the Department of Employment and Labour.

“We therefore call on all schools, even those that might be ready to re-open, having received all the necessary materials for teachers and learners, not to re-open until the non-negotiables have been delivered to all schools and to inform their learners accordingly,” unions said in a joint statement.

“We need people who are well equipped on how to use scanners. You cannot expect teachers to scan the temperature of the pupils when they arrive at schools.

“We need more teachers who will assist during this time. At the moment we have not seen even one teacher employed to work at the school. This proves that some of the schools are not ready to reopen.

“Another challenge that we are facing at the school is the shortage of water tanks and toilets. Those are some of the challenges we noticed when we arrived at school on Monday,” he said.

People expressed their thoughts on Facebook about the state of readiness of schools.

Nkosinathi Xulu posted: “We are [being] made fools.”

Teaching and learning for Grade 7 and Grade 12 pupils was supposed to begin on Monday, June 1 for public schools, however the department made an announcement on Sunday that schools would not reopen as planned.

“Based on these reports, it became clear that the sector was at different levels of readiness. In the main, it was for this reason that the CEM determined that the sector requires more time to map out its state of readiness for school reopening, in order to comply with the health and safety standards on Covid-19.” 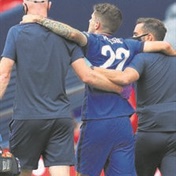