SALGA alleviates the plight of the disabled 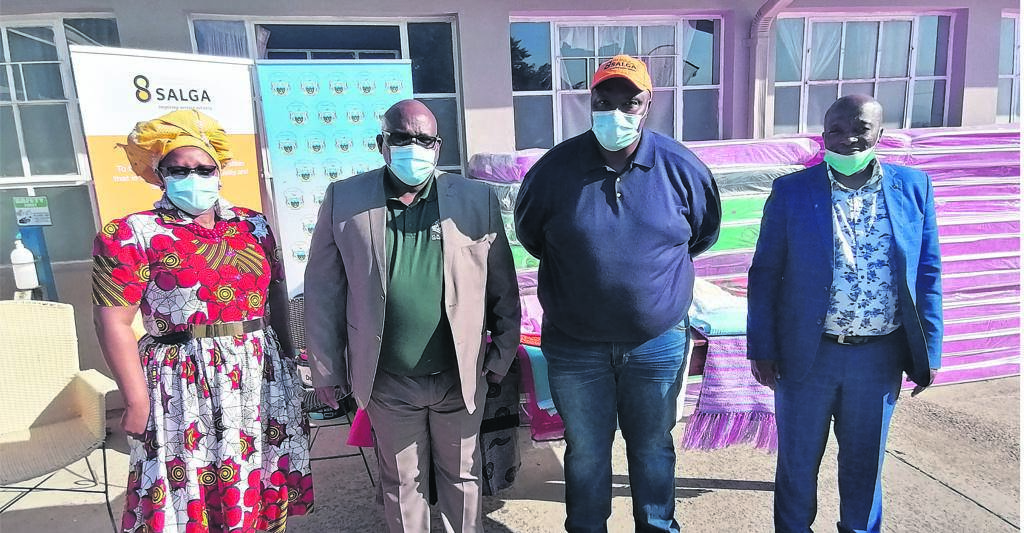 THE South African Local Government Association (SALGA) in the Eastern Cape, together with the provincial Department of Social Development, has donated 40 mattresses to the Sakhingomso Training and Development Centre, a skills training centre for people living with disabilities, housed within the Efata School for the Deaf and Blind in Mthatha.

The donated mattresses were officially handed over to the centre on August 31 and formed part of SALGA’s Mandela Day activities for this year.

Sakhingomso Training and Development Centre board chairperson, Sikhumbule Sambudla, said so dire was the need for mattresses that those living at the centre hostel were using blankets as mattresses, while others slept on the cold floor.

“This is a valuable donation to us as the centre. It could not have come at a better time as learners had, for a long time, been sleeping on the floors due to the shortage of mattresses, which was not a good thing for them especially as people with disabilities,” Sambudla said.

SALGA Eastern Cape director of operations, Sonwabo Gqegqe, said the donation to the centre was the beginning of a year-long programme of assisting the school to become self-sustainable.

“We have taken a decision to embark on a year-long programme, from now until June next year, whereby we will be mobilising resources for the centre and Efata School for the Deaf and Blind, so as to leave a semblance of sustainability,” Gqegqe said.

Some of the interventions planned for the skills development centre included provision of wireless internet (Wi-fi) connectivity and painting of the buildings and repairs to the road leading to and from the school to give it a facelift.

The provincial Department of Social Development had already delivered the paint for the painting of the facility’s buildings.

King Sabata Dalindyebo (KSD) Municipality Executive Mayor, Nyaniso Nelani, who also attended the handover of the donation promised to revisit the school, together with municipal manager, Ngamela Pakade, to see how the municipality could assist.