The Kannemeyer family from Nelson Mandela Bay on the set of ‘Family Feud South Africa’ with host, Steve Harvey. From left are Luke, Dexter, Lineque, Lisa and Robyn.
Matt Bouch

What initially started as a joke led to a Nelson Mandela Bay family competing in – and winning – an episode of Steve Harvey’s Family Feud South Africa, taking home just under R100 000.

The Kannemeyer family, from Parkridge, took on the Pienaar family from Cape Town and bagged R91 850 after also winning the Fast Money Jackpot that takes place at the end of the show.

The episode aired three days ago on Sunday, September 12.

The five participants from the Kannemeyer family, Dexter, his wife, Lineque, his cousins, brother and sister, Robyn and Luke and youngest cousin, Lisa, were ecstatic about the win and the opportunity to represent Nelson Mandela Bay on a national scale.

“Robyn saw on Facebook that Family Feud South Africa was having auditions and as a joke, she posted it on the family group chat, saying that we should enter,” Luke explained.

“We didn’t take it seriously at first, but then decided to give it a shot. This all happened by chance. We also wanted to do something fun as a family as well, especially since we have all been apart, due to COVID,” he said.

Robyn added that in order to get on the show, they had to fill out an application form with various requirements and submit a short video that truly reflected who they were as individuals and their vibrant energy as a team.

“There were so many takes that we had to do because we just couldn’t stop laughing at ourselves.

“Even the application process was fun and we got to spend time together as a family.

“The team that we chose actually wasn’t the original team, but our other family members already knew that they wouldn’t be able to make time if we got accepted to be on the show.

“However, everything worked out for the best and we certainly wouldn’t change a thing,” Robyn said.

Lisa explained that they already knew in March that their application to be on the show had been successful and the recording was done at the end of April at Urban Brew Studios in Randburg, Johannesburg.

“We were absolutely over the moon when we heard that we’d be on the show. It was such a shock because we never really got our hopes up. We knew that thousands of families had entered and we did this just for the fun of it, but receiving the news that we would be on the show was just insane!

“We were excited and so grateful to be chosen out of so many families and really made the most of the whole experience,” Lisa said. 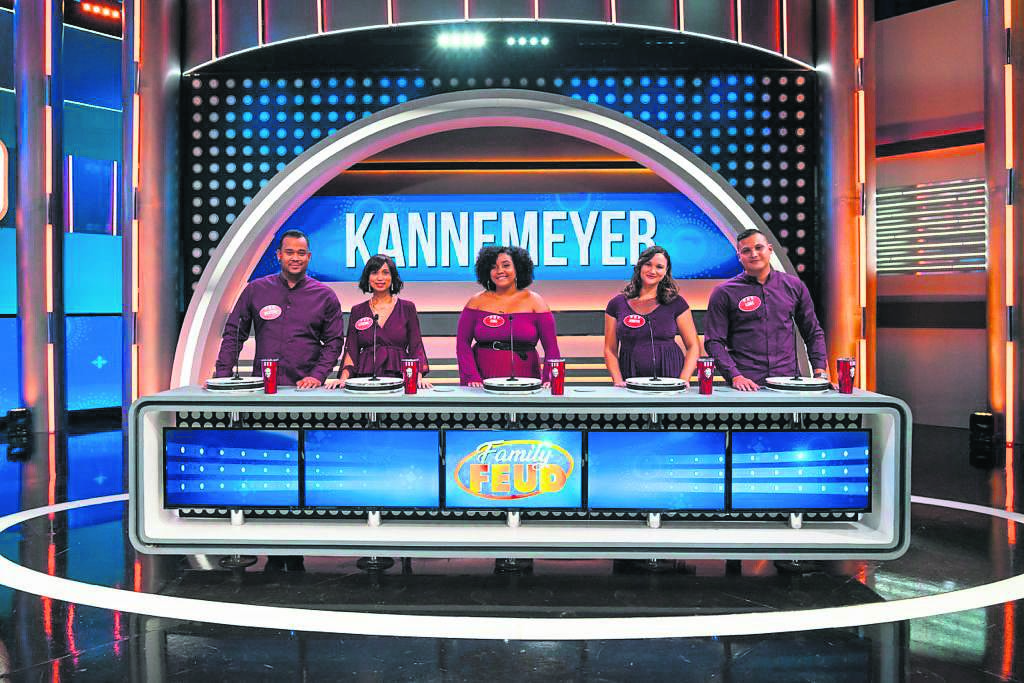 When asked what it was like meeting entertainer, businessman and philanthropist, Steve Harvey, Lineque said that it was an awesome experience.

“During the ad breaks, he gave the audience some knowledgeable advice with a lot of humour. He really is so down to earth and even though you do get a bit starstruck at first, he makes you feel really comfortable on set with all of his jokes and many, many life stories,” she said.

“The show is genuinely a nerve-wracking experience. You don’t know what to expect and what questions will be asked. However, the banter and laughs make it so much easier on set, and eventually, you just end up relaxing and having a good time with the audience, Steve, and your family.

“It’s really all about having fun at the end of the day,” Lineque added.

Dexter said that when it comes to the winnings, he doesn’t know what the others are going to do with their money, but giving his wife some long overdue spoils was at the top of his list.

“It was a memorable experience and we are so grateful that we were chosen for this once-in-a-lifetime opportunity.

“We were treated like real celebrities, from having our flights and hotels paid for to having our own private chaperone and dressing room and the list goes on,” he said.

“It was amazing! We also met some other actors from the Scandal and House of Zwide soapies.

“We hope that our city is proud of our win.

“Just because we are from a small city doesn’t mean that we cannot achieve big things, like those who live in the big cities.

“We hope to see more of our people get out of their comfort zone and enter more national television shows in the near future,” Dexter said.

Family Feud is a game show that calls on two families in each episode to compete in naming the most popular responses to gathered survey questions in order to win cash and prizes.

We live in a world where facts and fiction get blurred
In times of uncertainty you need journalism you can trust. For only R75 per month, you have access to a world of in-depth analyses, investigative journalism, top opinions and a range of features. Journalism strengthens democracy. Invest in the future today.
Subscribe to News24
Next on News24
Forest Hill community grateful for local man’s selflessness