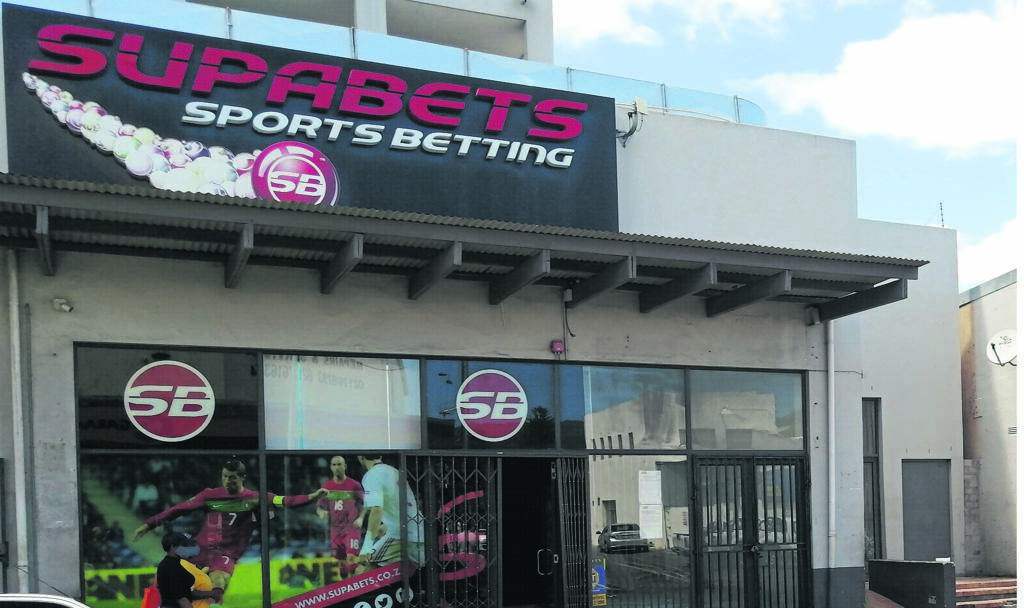 Supabets is one of four betting outlets located within a 2.3 km stretch in Main Road, Wynberg.PHOTO: Nettalie Viljoen

When it comes to the Wynberg Residents and Ratepayers Association (WRRA) and the local ward councillor’s efforts to expel betting outlets from Main Road in Wynberg, it seems the odds are stacked against them.

WRRA members and Liz Brunette, councillor for ward 62, have been advocating for the closure of the betting outlets in the area for years now.

Both the civic organisation and Brunette believe that these establishments have a detrimental effect on the community’s safety and security. But not so, says the Western Cape Gambling and Racing Board (WCGRB). An investigation done by WCGRB in 2017 concluded that it was not the gambling establishments that were contributing to crime in Wynberg, “in fact, these establishments enhance the general area”.

Karen Gird, chair of WRRA, says there are currently four gambling outlets all within a 2.3 km stretch on the Main Road – Betolimp, Supabets, Hollywoodbets and Marshalls World of Sport.

Already five years ago, Wynberg residents complained about the “unsavoury characters” the gambling outlets were attracting which, they claimed, led to increased loitering and drug peddling in the area (“Corner of crime”, People’s Post, 22 March 2016).

A year later, the then chair of the WRRA, Kristina Davidson, again condemned the location of the betting outlets on the doorstep of residential areas (“All bets are off”, People’s Post, 21 February 2017).

People’s Post again looked into the matter last month (“Community at odds”, 23 February) only to find that things were pretty much the same if not worse.

Brunette’s long list of social ills happening in and around these betting outlets include people urinating against the garage doors and walls of nearby flats, people defecating on roads and pavements, drug dealing, drug use, loud music played at all hours of the day and night, vulgar language and environmental health issues “such as rats who feed on overflowing bins outside Langwyn House”.

Brunette says the outlets are also a conglomeration point for taxis and vehicles belonging to the gambling outlets’ clients which often block the roads.

Gird, who echoes all these complaints, adds that Wynberg is also home to many schools.

“The children from Wynberg, or those who live in other suburbs but attend a school in Wynberg, are being exposed to these gambling outlets from a young age,” she says.

But apparently, all of this went unnoticed in 2017 when the WCGRB was tasked with compiling a report for the then Western Cape Provincial Treasury Minister.

In response to a recent People’s Post media query, the WCGRB said that on 18 July 2017 officials of the WCGRB attended a community policing forum (CPF) meeting at Wynberg police station where the board’s processes were “once again” fully explained as well as the mandate of the board and the responsibility of licence holders.

“On 1 August 2017, enforcement officials of the WC Board conducted after-hour observations at five licensed premises in the Wynberg area.

“The premises was visited by the relevant officials on 6 September 2017 and such visit took place after 18:00 to observe the night-time activity in and around the premises,” WCGRB’s reply said.

In the case of Hollywoodbets specifically, WCGRB found that the licence holder currently employed 33 persons, the licence holder made an annual CSI contribution of R10 000 and that each year the branch assisted a non-profit organisation in the area with a donation of up to R10 000.

In addition, it said, the licence holder had over the years contributed financially to schools in the area, charity organisations, the local soccer team and was currently working on a project with the Dominican School for the Deaf.

“The licence holder conducts its business in a responsible manner in that the relevant legislative provisions are adhered to and the regulatory requirements are complied with. Payment of all relevant fees and taxes are timeously paid over to the board and other relevant authorities,” WCGRB said.

Brunette says she was present during the visit to Hollywoodbets on 6 September 2017. Hollywoodbets and Langwyn House flats are owned by Magic Vending (Pty) Ltd.

“The PGWC Gambling Board officials, the police and I entered the building, which had security cameras, betting machines and kiosks at a counter. It was adequately managed,” she says.

However, Brunette says, the gambling outlets do not enhance the area. The councillor claims Hollywoodbets has no respect for the residents living in houses and flats in Langley Road.

“The proximity of Ebor Road with its problem buildings occupied by people who cannot find affordable accommodation and the burnt-out building at 4 Ebor Road, also attract gamblers living in Ebor Road,” she adds.

“None of the beneficiaries of Hollywoodbets’ largesse is located in Wynberg west of the railway line, so they do not contribute to the Wynberg CBD,” she says.

Devin Heffer, Hollywoodbets brand and communications manager, says it is unreasonable that a legal, licensed and heavily regulated business should be held accountable for any alleged criminal or uncivil behaviour that is beyond its control.

“Hollywoodbets is a part of the Wynberg community. We are not immune to the incivility and alleged criminal activities that are taking place. We will willingly continue to engage with the WRRA and the community of Wynberg, and all law enforcement agencies, wherever and whenever they need assistance,” Heffer says.