Going to the extreme for the needy 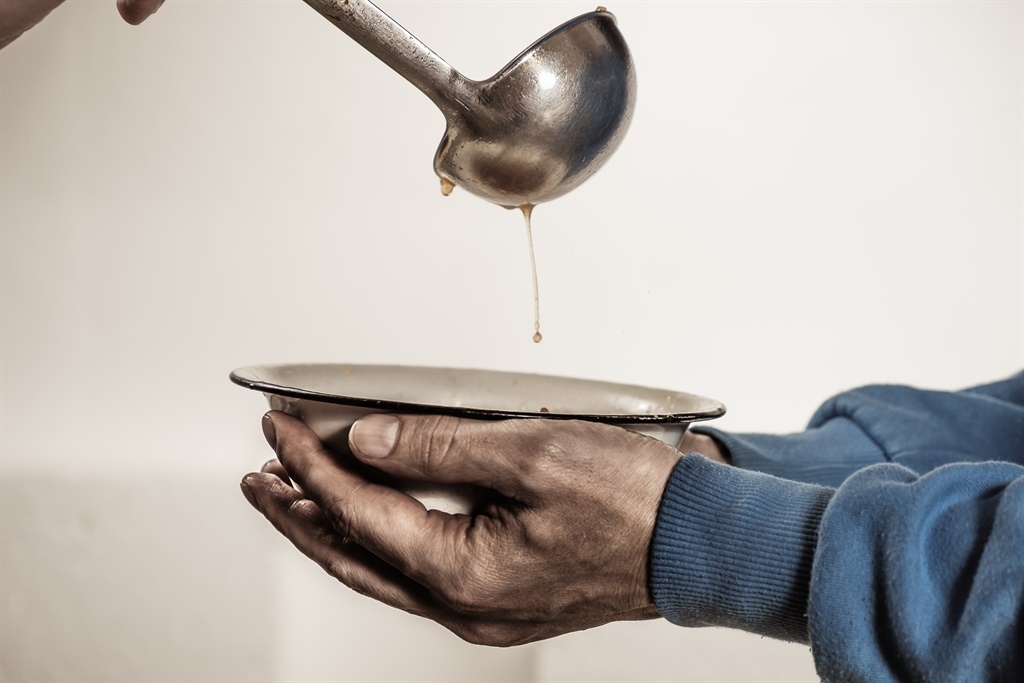 The young mother is said to rely on the kindness of her community and her son's school to get by. Picture: iStock/ BravissimoS

Making sure vulnerable people are supplied with a nutritious plant-based soup every day is the main purpose why Extreme Soupathon was established.

With 20 years of experience in the catering industry Extreem Kwizeen immediately mobilised volunteer chefs in the community to create an interim relief effort.

Thanks to generous donations of funding and goods, a Soupathon initiative of 1 000kg grew to 94 731kg per week. He says the soup gets frozen into one litre blocks. To date they have managed to feed over one million people and counting.

Du Plessis says: “Our plant-based soups are suitable for all religions, cultures, and diets. Prepared safely from fresh ingredients and are packaged into frozen soup bricks which provide a delicious, cost-effective, and most of all nutritious food supply where it is needed most.”

Du Plessis says before lockdown he would take whatever food or vegetables was left over from functions, freeze them, and then make soup. He adds that when the lockdown was implemented, he thought of a way to provide this service to vulnerable people.

He adds that they cater for animals too as all the organic waste generated is allocated to animal feeding schemes.

Du Plessis says caring for their environment is high on their list as any further organic food waste is used for compost in community gardens and worm farm initiatives.

Du Plessis says: “Our team consists of a small group of full-time staff working at reduced salaries and community members who receive minimal remuneration and soup parcel donations with transport support in return for their labour.”

He says the team has many years’ experience catering for major sporting and social events such as the Cape Town Sevens, Match in Africa, Concerts at Cape Town Stadium and Springbok matches at Newlands.

Du Plessis says they support local non-governmental organisations (NGO’s) with ingredients. He says since December they have supplied close to 127 000kg of fresh vegetables to existing soup kitchens.

Since the start of lockdown, Du Plessis and his team have supplied over 1.5 million meals.

Du Plessis says their monthly expenses are more than R700 000 to keep the kitchen running successfully – funds he often struggles to find.

He says his electricity bill per month is R45 000.

“We have been doing this for almost a year and most disappointingly we have received no assistance (from government).”

He says they are grateful for the many donors that have come on board to assist them.

“I have to thank people like Soli Philander, our marketing and distribution champion. As well as Evan Coosner, the chef champion by my side, Lizelle du Plessis. Without them nothing would be where it is.”

Du Plessis says if everybody does something small to help someone in their community it would make a massive difference.