Market to help the community 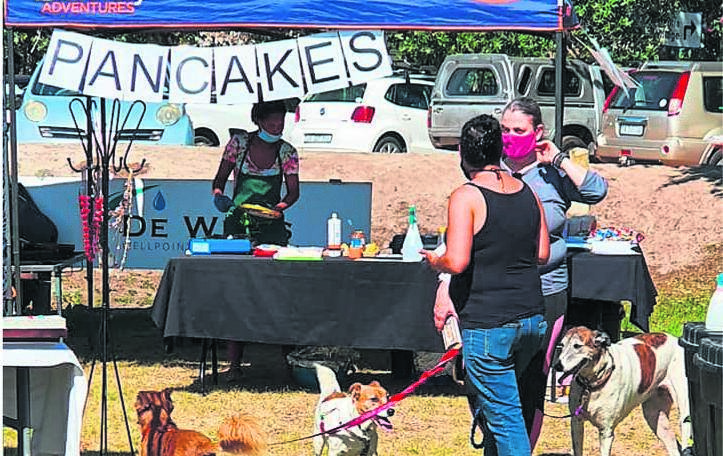 Crafts, products, food and the potential to take home a new member of the family are all available at the Under the Trees Market in Constantia. PHOTOS: FACEBOOK

The False Bay Rugby Club in Constantia comes alive every Saturday. But it is not the rugby action that gets feet through the gates each week – this excitement can be attributed to the weekly Under the Trees Market.

The weekly market was launched about six months ago in response to the need to create an income after losing income streams during the initial lockdown.

Having suffered a loss of income herself, Antoinette MacDonald said she recognised the opportunity for a place where people could sell their home-made wares in order to generate income for themselves and their families.

“Covid-19 has taught me to be more other-centred and less self-centred, and I would love to share this with more people,” she says.

With this in mind, she launched the market which can accommodate up to 50 vendors.

“Most of them are unemployed or have lost their businesses due to Covid-19 – including me. I lost my catering company of 28 years and thought of something I could do to support myself and people who lost their income,” she adds.

So, the market assists people to sell their goods but also lends itself for the use of animal welfare organisations.

“I support Animal Army – they bring puppies and dogs that are up for adoption and, weekly, they get about 10 to 15 animals adopted. I also have a few other charities on board – like PlumPets, also for dog adoption,” MacDonald says.

The general impact the market has had, she believes, is great.

“Most traders come back weekly. I decided not to trade for one weekend in February and was I popular? I have also supported a few of the vendors during Christmas time when I had to make 80 hampers including fudge and soap, for example. And I’m always thinking of what they can add to their stall to generate additional income. For example, at the stall selling chilli sauces and avocado, I’ve asked them to add fresh fruit and veggies,” MacDonald explains.

And she is considerate of each vendor, helping to make ends meet by sometimes adjusting the stall costs for those who may not have had a strong sale day.

But especially pleasing for her to see, is the number of people who come out to “share in chats and laughter”, which MacDonald says “helps with the trying and challenging times we live in”.

Danny and Jessica Lamore, visitors to the market, say it also helped to bring a sense of community back after the country was forced into isolation a year ago.

“What’s really great about it is that we’re supporting local businesses, encouraging the local economy, and we can bring the children and the dogs out to see friends and family in an open air environment. It’s a great atmosphere,” said Danny.