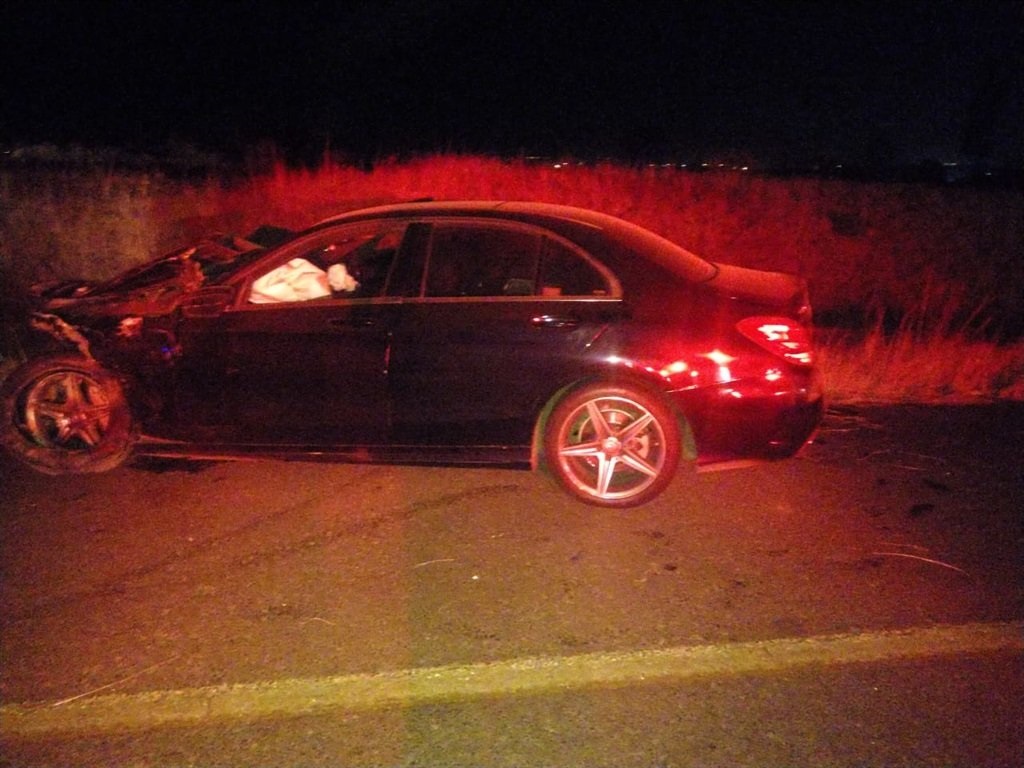 The allegedly drunk driver of a Mercedes Benz crashed into an accident scene and caused the death of two TMPD officers on Saturday.
PHOTO: Supplied

Two Tshwane Metro Police Department (TMPD) officers were killed and a third was injured when a suspected drunk driver crashed into them at an accident scene on Saturday.

One of the three officers, who was off duty, had initially been injured in an accident on the R80 Mabopane highway earlier that evening, according to metro police spokesperson, Senior Superintendent Isaac Mahamba.

The other two, who were on duty, went to the scene and while they were trying to help her, became involved in a second accident.

The off-duty officer was killed in the second crash, as well as one of the officers who helped her. The third officer was injured.

"While they were busy attending to the injured TMPD [colleague], a Mercedes Benz drove into them, causing a second accident which killed the off-duty [colleague] and one of the officers who was assisting her. The other TMPD officer, who was assisting with the first accident scene, was injured," Mahamba said on Sunday.

The driver of the Mercedes Benz, who was also injured, was arrested for suspected drunk driving, according to Mahamba.

"The TMPD is saddened and shocked by the death of two of its officers and would like to send heartfelt condolences to their families, friends and colleagues. May their souls rest in peace," Mahamba said.

1 person bags the Daily Lotto jackpot
Full list of lottery results
Lockdown For
DAYS
HRS
MINS
Voting Booth
Have you ever purchased a fake luxury/designer item?
Please select an option Oops! Something went wrong, please try again later.
Yes, I believed it was authentic
8% - 56 votes
Yes, I didn't want to spend that much money on the original item
20% - 145 votes
No, I always shop at reputable stores
15% - 109 votes
No, I don't wear designer clothing
57% - 419 votes
Previous Results
Podcasts
PODCAST | My Only Story: The boys' school, the water polo teacher and the creepy WhatsApp messages