3 children drown in abandoned illegal mine in Limpopo 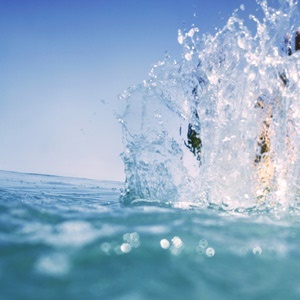 Police in Mecklenburg, Limpopo, have opened an inquest case after three children drowned in an abandoned illegal mine on Sunday.

The three boys, aged between 7 and 9, had been playing in the area at around 10:00 in the morning, police spokesperson Captain Mamphaswa Seabi said.

"The parents became suspicious when, at about 17:00, the children had not returned and were nowhere to be found.

"They searched the area and proceeded to the illegal mine hole which was filled with water due to the recent rains that fell in the area.

"On arrival, they were met by the sight of their children's clothes next to the 'dam' and started anticipating that the worst might have happened," Seabi said.

The matter was reported to the local police and members from the provincial search-and-rescue and the K9 Unit were summoned to the scene.

The three bodies were later retrieved from the water.

All deceased are from Phashaskraal village outside Burgersfort.

"The provincial commissioner of the SAPS in Limpopo, Lieutenant General Nneke Ledwaba, is concerned about the loss of these young lives and has urged parents to look after their children and strongly caution them against swimming in water filled holes."

The general warned communities to "desist from engaging in illegal mining by digging up holes and leaving them unclosed as this poses a hazardous environment to people, especially children".

We live in a world where facts and fiction get blurred
In times of uncertainty you need journalism you can trust. For only R75 per month, you have access to a world of in-depth analyses, investigative journalism, top opinions and a range of features. Journalism strengthens democracy. Invest in the future today.
Subscribe to News24
Related Links
Two little brothers drown after mom leaves them in car that rolled into river
2 drown at KZN beach, 1 recovering in hospital
Father, 5-year-old drown at popular beach resort: 'He moved into slightly deeper water with son...
Next on News24
LIVE | Covid-19 in SA: Cases at 1 843 572 as death toll hits 59 092