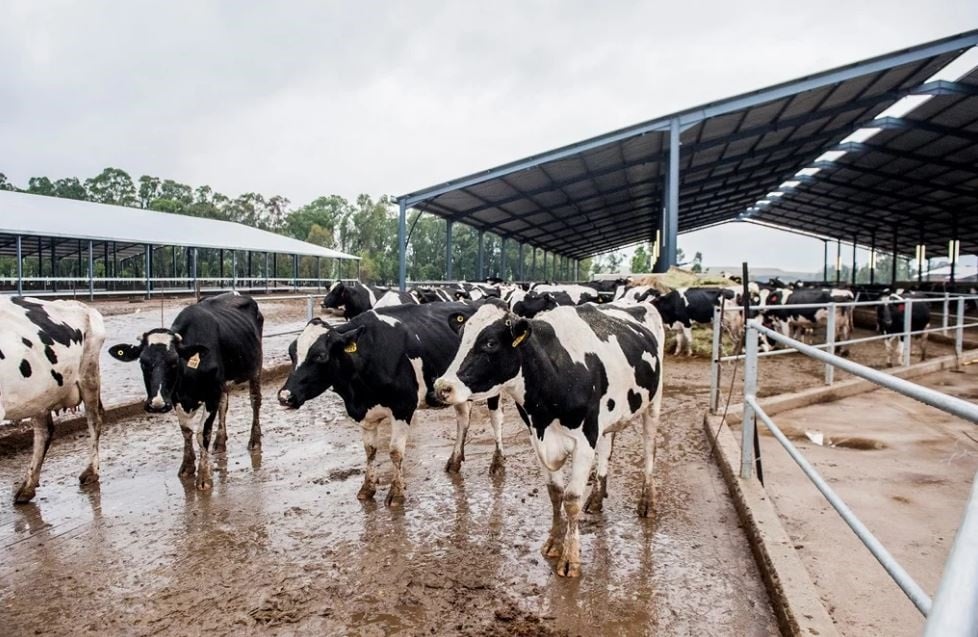 About 350 dairy cows were left to starve to death at the state-funded Mantusini Dairy Project, which was started in 2014 with 500 cows with a R43 million injection by the national and Eastern Cape governments.

The revelation was made by the DA in the Eastern Cape following an oversight visit to the Port St Johns-based project.

The project, situated on 337 hectares of communal land, was meant to benefit some 500 individual households under communal tenure.

The oversight committee, led by DA MPL Retief Odendaal, discovered that the farm is no longer operational, and that there is no dip to treat the animals for ticks and other parasites.

Local commercial farmers donate dip to treat the few animals every now and then.

Odendaal said he was shocked at how hundreds of dairy cows were left to starve to death, and their rotting carcasses left lying in open fields to feed the vultures.

The DA will demand that the provincial Department of Rural Development and Agrarian Reform intervene, and a full audit be done to account for the millions in funding received, said Odendaal.

According to Odendaal, representatives from the Mantusini Dairy Trust, as well as the local chief, attested to the fact that some 350 dairy cows, of an original herd of 500, have already perished.

Last year, News24 reported how 315 dairy cows at the farm had only produced 350 litres per day in July, due to insufficient money to buy enough feed.

This was confirmed by then-MEC of the Department of Rural Development and Agrarian Reform, Nomakhosaza Meth.

On average, a dairy cow should produce between 20 and 30 litres per day, said Odendaal at the time.

During the DA's inspection of the farm last week, it was found that operations at the dairy have now ceased altogether.

Notwithstanding state-of-the-art equipment, cows have to be milked by hand as Eskom has disconnected electricity to the farm due to non-payment.

In addition, seven expensive pivots acquired to establish suitable pastures at the farm can't be operated, due to the lack of electricity.

Representatives from the Mantusini Dairy Trust indicated that their cows perished on large scale during the winter, due to the unavailability of feed. Since the facility has never had a mower or a bailer, they could not stockpile feed for the dry winter months and the trust did not have the necessary funding to buy feed for its cattle. The result was large scale losses of dairy cows due to starvation.

The DA also found that the cattle had not been treated for ticks or other parasites, due to the unavailability of dip.

"Although there are facilities to spray dip that have been constructed, it [sic] has not been utilised for years. This also contributed to the large-scale losses of livestock over the last couple of months. The remaining cattle are now treated from time to time for parasites by local commercial farmers who are donating dip," said Odendaal.

"Community members expressed concern that they had to make their land, previously utilised for subsistence farming, available for the dairy project. Since no profits have been forthcoming from the dairy project, they are now struggling to put food on the table," said Odendaal.

Community members are also angry because they feel that there has been large scale looting at the facility by government officials, said Odendaal.

The local chief and community members are desperately crying out for government intervention in the project and for experts to get the project back on track.

Odendaal said the DA will now refer the matter to the newly appointed Department of Rural Development and Agrarian Reform MEC, Nonkqubela Pieters, for her intervention.

He said they will also demand an audit as to how the R43 million was spent and whether there has been any financial impropriety in the project.

Pieters visited the project on Monday to assess the situation.

Pieters' spokesperson Masiza Mazizi said the situation on the farm was dire and bordered on perpetual cruelty to animals.

He said animals have not been milked for more than two weeks as there is no water due to a broken power cable to the water pump, and this needs to be sorted out urgently for the welfare of cows and so that they can produce milk.

There are about 148 cows subsisting on natural pastures, and starving, in need of supplementary feeding, Mazizi added.

Even if emergency fodder can be organised, it will be a short-term solution to save the animals from [dying]. In the short term, the department will ensure that seed and fertiliser are procured on (an) emergency basis so that winter pastures can be planted immediately.

Mazizi added that Pieters has assembled a team of senior officials, who are experts in this field, to do an investigation.

"They have been given 21 days to conclude the investigation. All the facts around how many cows have died and all other matters will be cleared by investigators. The team is also expected to come up with a strategy that will address short, medium, and long term issues facing the farm," said Mazizi.