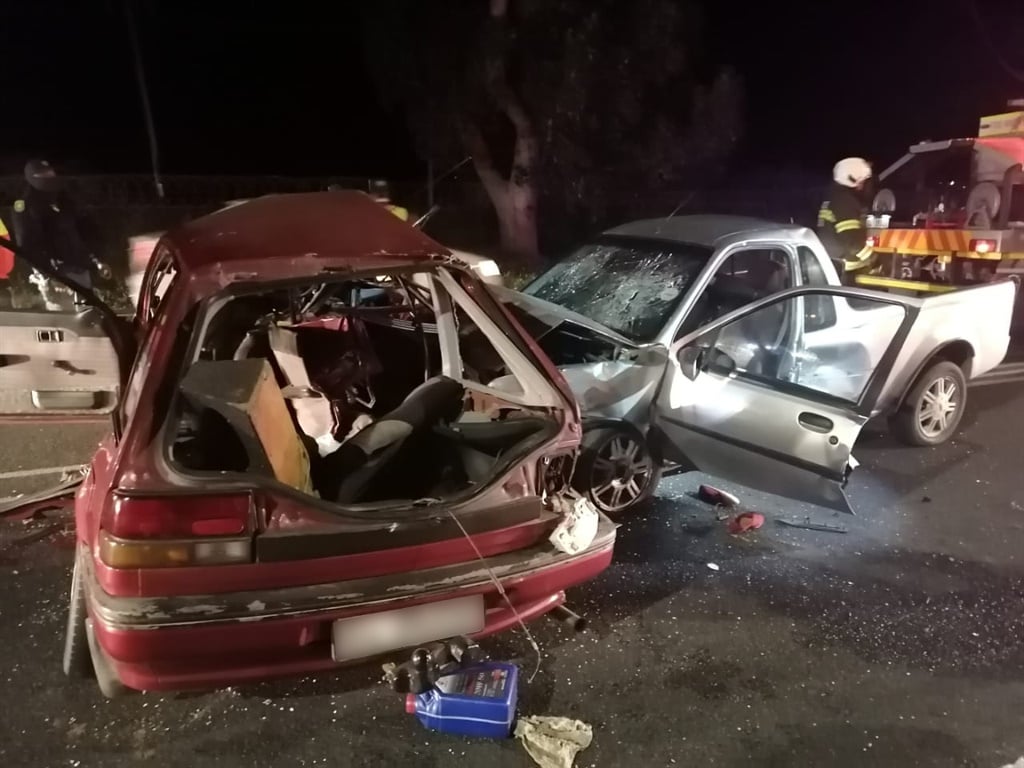 Four people have been killed in a deadly collision in Franschhoek, Western Cape.
ER24

Four people died and six others were injured following a collision between a car and a bakkie on the R301 in Franschhoek, the Western Cape, ER24 said on Sunday.

"A bakkie and light motor vehicle were found in the middle of the road. On closer inspection, medics found that three men and a woman had sustained fatal injuries in the collision. Nothing could be done for them, and they were declared dead."

He added six other people were tended to on the scene.

"Assessments showed that their injuries ranged from moderate to critical. Paramedics treated the patients and provided them with advanced life support interventions before they were transported to nearby hospitals for urgent care."

Meiring said the details surrounding the incident were not yet known "but local authorities were on the scene for further investigations".

The collision follows a crash, involving a taxi, in KwaZulu-Natal on Saturday which claimed the lives of 12 people from the same family.

They were travelling home after attending a traditional ceremony. Three survivors, who sustained injuries, were admitted to hospital.

News24 quoted him as saying: "My heart goes out to the family that lost 12 loved ones in this horrific accident. As the provincial government, we commit to working with the family during this difficult period. I would also like to wish those in hospital a speedy recovery."

Ntuli added while investigations into the cause of the fatal crash were underway, evidence showed the majority of accidents on the road were as a result of human behaviour.

We live in a world where facts and fiction get blurred
In times of uncertainty you need journalism you can trust. For only R75 per month, you have access to a world of in-depth analyses, investigative journalism, top opinions and a range of features. Journalism strengthens democracy. Invest in the future today.
Subscribe to News24
Related Links
WATCH | Car lands in swimming pool after unusual accident between husband and wife
Young father dies in crash fetching timber for Jika Joe
Durban paramedic at accident scene injured as car slams into ambulance
Next on News24
LIVE | New global record of 500 000 Covid-19 cases recorded in just one day