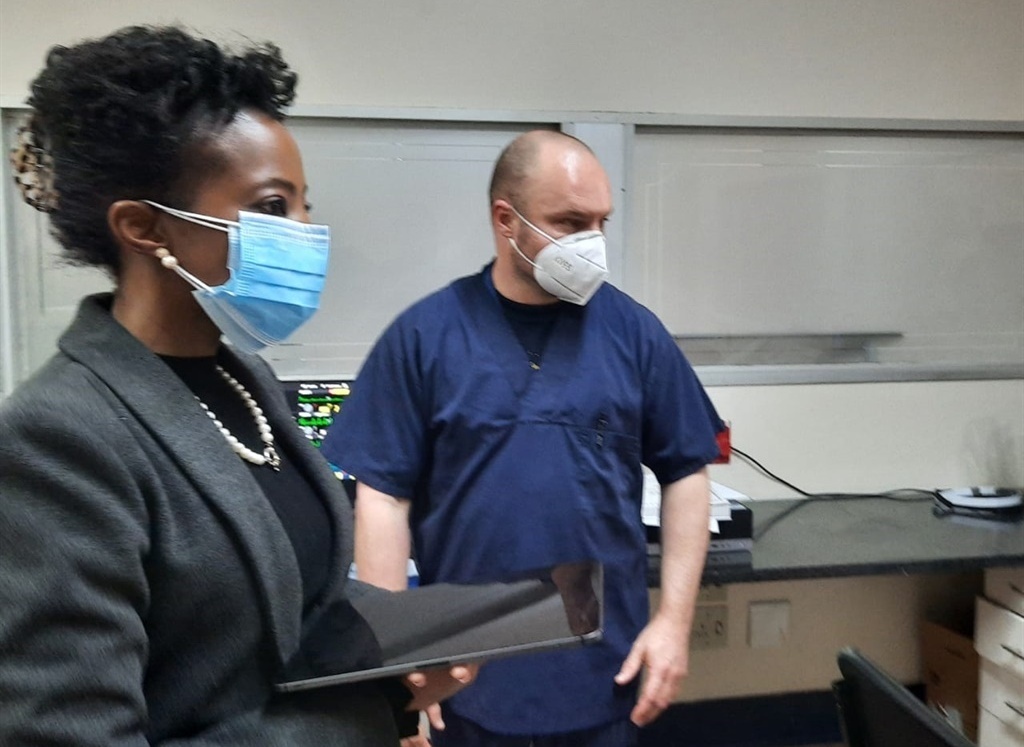 The Charlotte Maxeke Academic Hospital has to date recorded 731 staff members who have tested positive since the start of the Covid-19 pandemic, the facility's management has told the Office of the Public Protector.

The affected staff has been broad, ranging from support and contractors to students.

Only 37 staff personnel were active cases and five were hospitalised, with four being in ICU.

Eight employees succumbed to the virus - two nurses, five cleaners and one cashier.

At least 679 workers have recovered.

Following a two hour brief from the hospital management, Advocate Gcaleka is now being taken for a walkabout. @TeamNews24 pic.twitter.com/1nBtWGfK0O

The hospital informed Deputy Public Protector advocate Kholeka Gcaleka that among the infected staff were nurses, who made up the bulk staff complement, followed by cleaners.

The Office of the Public Protector has been visiting healthcare facilities to inspect and observe first hand issues faced by staff and patients amid the Covid-19 pandemic.

Major problems at Charlotte Maxeke, which have also created a risk, were the substandard personal protective equipment which at some point had to be returned to the central warehouse from where it was procured, the hospital's CEO, Gladys Bogoshi, said.

The hospital reported it had seen a surge in cases among healthcare workers when it received PPE that were of poor quality.

READ | The state of Chris Hani Baragwanath Hospital: No mask for trauma patient as stretched staff soldier on

The mental health of staff at the facility has also been flagged, which has a complement of more than 5 000 staff members.

An anti-stigma programme was also established, as employees who were returning from isolation were not being accommodated by their colleagues. The purpose of the programme was to educate staff on how to handle colleagues who were coming back after having tested positive.

Management said after conducting a risk assessment, it found colleagues were not interacting in a safe manner when they were in common rooms and the majority of the cases were among themselves, coupled with community transmissions.

The intervention resulted in numbers going down, Gcaleka heard.

A nurse at medical casualty outlines some of the challenges they face. @TeamNews24 pic.twitter.com/oPcZRK7aTD

Staff members, including labour unions, were also given a platform to express their concerns.

Workers said the availability of oxygen at the hospital was in "shambles" and "sitting on a time bomb", even before the Covid-19 pandemic.

While touring the hospital wards, Gcaleka also heard reports from staff on the ground about pressure in the casualty unit and how some psychiatric patients waiting for beds at the ward have attacked staff.

Nurses also shared concerns over the wastage of food for patients, which is ordered and packaged by a third party and refrigerated at the hospital to be warmed later for patients.

Patients are reportedly not eating the food and have also complained about it being rotten.

In the linen room, staff complained of not having adequate standard PPE to deal with cleaning the sheets, some of which were coming from Covid-19 wards.

We live in a world where facts and fiction get blurred
In times of uncertainty you need journalism you can trust. For 14 free days, you can have access to a world of in-depth analyses, investigative journalism, top opinions and a range of features. Journalism strengthens democracy. Invest in the future today. Thereafter you will be billed R75 per month. You can cancel anytime and if you cancel within 14 days you won't be billed.
Subscribe to News24
Related Links
Public Protector's office helps couple at Bara Hospital who claim their twins died due to negligence
The state of Chris Hani Baragwanath Hospital: No mask for trauma patient as stretched staff...
WATCH | Healthcare workers across SA raise spirits by joining in on the 'Jerusalema challenge'
Next on News24
LIVE | Covid-19 in SA: 2 952 new cases