Absa IT heist: Murdered specialist's girlfriend back in court to face music alone 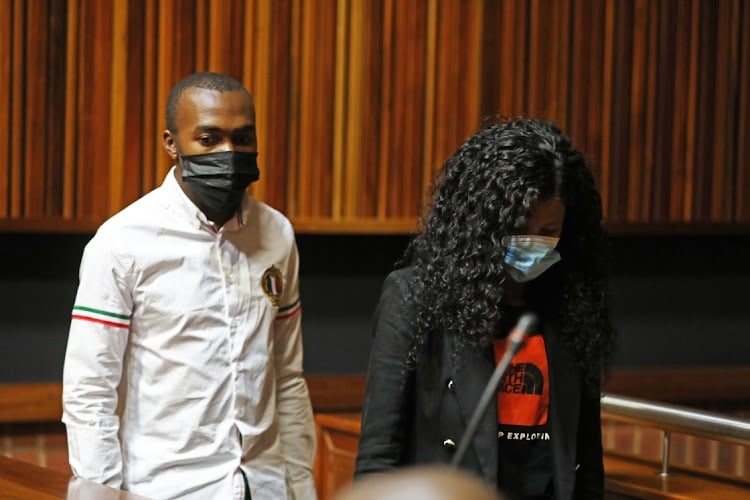 The girlfriend and co-accused of Absa IT specialist Xolela Masebeni, who allegedly stole R103 million from the bank, will face the music alone on Monday after Masebeni was gunned down outside his home two weeks ago.

Athembile Mpani will make her third appearance in the Palm Ridge Specialised Commercial Crimes Court in Gauteng, where she is charged with theft, fraud and contravening the Prevention of Organised Crime Act.

Mpani and Masebeni were arrested at the end of January after Masebeni, who worked at the Absa offices in Sandton, allegedly fraudulently transferred R103 million from the bank into six different bank accounts between September and December 2021.

The couple is alleged to have spent the money on luxury clothes, cars and property.

The couple was out on R50 000 bail each when Masebeni was shot dead outside his home in Unathi Mkefa, Ezibeleni, in the Eastern Cape in February. An unidentified person was shot and wounded at the same property just days later.

According to police, Masebeni was sitting in the yard with four friends when two unknown men accosted him. He stood up and approached the men, and they opened fire on him.

Eastern Cape police said they were investigating cases of murder and attempted murder.

The charges against Masebeni are expected to be formally withdrawn.

News24 previously reported that a third person had been arrested in the Western Cape in connection with the theft after the couple made their first appearance. It is unclear whether that person will appear alongside Mpani on Monday.

Never miss a story. Choose from our range of newsletters to get the news you want delivered straight to your inbox.
We live in a world where facts and fiction get blurred
In times of uncertainty you need journalism you can trust. For 14 free days, you can have access to a world of in-depth analyses, investigative journalism, top opinions and a range of features. Journalism strengthens democracy. Invest in the future today. Thereafter you will be billed R75 per month. You can cancel anytime and if you cancel within 14 days you won't be billed.
Subscribe to News24
Next on News24
BREAKING NEWS LIVE | Phalatse booted out as Joburg mayor