Accidents, arrests and deaths: South Africans booze it up under Level 2 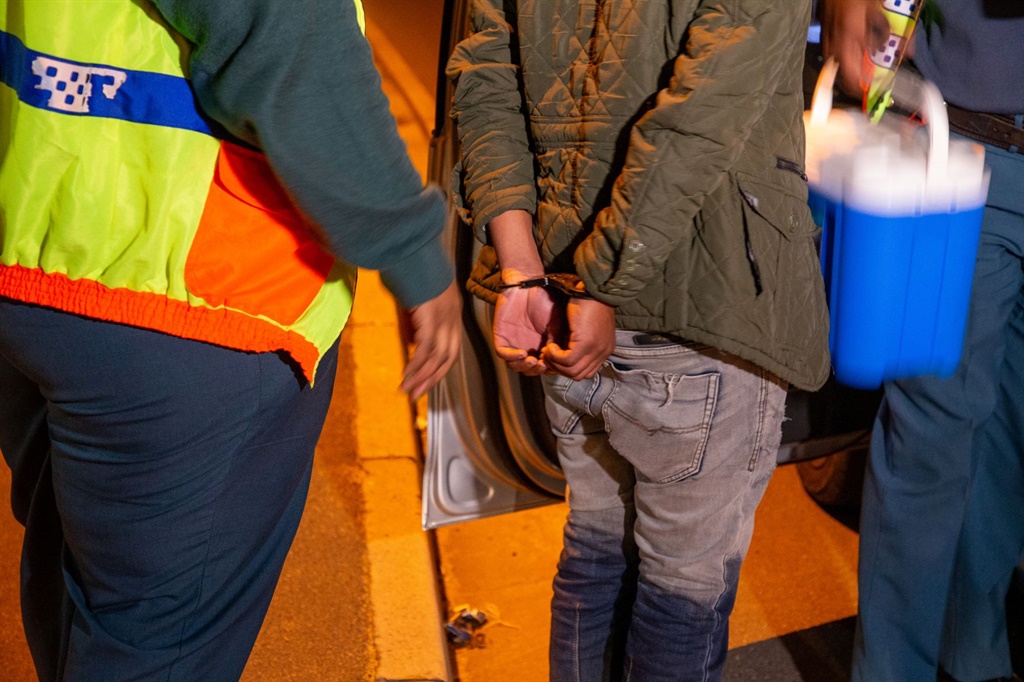 Hundreds of people were arrested in Gauteng over the weekend.
Roger Sedres, Gallo Images

It's been one week since the ban on the sale of alcohol was lifted as part of South Africa's implementation of Level 2 lockdown regulations.

The move has seen several restrictions lifted, bringing with it certain freedoms denied to South Africans as government attempted to curb the spread of Covid-19.

But by far the biggest cause of celebration was the lifting of the ban on the sale of tobacco products and alcohol, under certain conditions.

While the ban on alcohol sales was initially lifted, President Cyril Ramaphosa reinstated it on 12 July.

Five months after the national state of disaster was declared, South Africans can once again travel between provinces for leisure, visit restaurants, bars and taverns, go to gym, and visit friends and family.

In a national address announcing the second ban, Ramaphosa said: "As we head toward the peak of infections, it is vital that we do not burden our clinics and hospitals with alcohol-related injuries that could have been avoided.

"We have therefore decided that in order to conserve hospital capacity, the sale, dispensing, and distribution of alcohol will be suspended with immediate effect."

At the time he said there was clear evidence that the resumption of alcohol sales had resulted in substantial pressure on hospitals, including trauma and ICU units, due to motor vehicle accidents, violence, and related trauma.

Since the ban on alcohol sales was again lifted on 18 August, a number of alcohol-related incidents have again plagued the country leading to a number of arrests and, in some cases, deaths.

One of the incidents this weekend was the death of three Tshwane police officers, who were chasing an alleged drunk driver in Pretoria West. They were involved in a head-on collision with the suspect, who was also killed in the crash. Empty and open bottles of alcohol were found in the car.

Police Minister Bheki Cele denounced the "reckless behaviour" that "led to the senseless loss of life".

"The lives of these young officers were cut short by a man who chose to drink and act irresponsibly. While the alcohol ban has been lifted under lockdown Level 2, it still remains the responsibility of those who consume alcohol to do so without putting themselves and those around them in danger. If alcohol was consumed at home as per government's directive, the loss of lives could have been avoided," Cele said.

In Gauteng, many drunk drivers were among 841 people arrested over the weekend.

According to police spokesperson Brigadier Mathapelo Peters, SAPS, together with other law enforcement agencies in Gauteng, had carried out operations aimed at ensuring adherence to the Covid-19 regulations across all districts in the province during the first weekend of Level 2.

"These operations resulted in the arrest of more than [840] suspects, including two police officers arrested for drinking and driving," Peters said.

"A 27-year-old constable was arrested in Sedibeng on Saturday night after driving into an accident scene, injuring a bystander. He was charged with driving under the influence of alcohol, as well as reckless and negligent driving.

"A sergeant was arrested in Norwood, Johannesburg, on Thursday night after his car collided with a [Johannesburg] Metro Police vehicle. The 37-year-old was arrested on the spot and charged with driving while under the influence of alcohol."

In Johannesburg, several people were also arrested at the weekend for flouting lockdown regulations.

In Klerksdorp, a tavern owner was served with a notice to appear in court after a video taken at his establishment was distributed on social media, depicting patrons showing disregard for lockdown regulations such as wearing face masks and physical distancing.

North West police spokesperson Brigadier Sabata Mokgwabone said, in the video, more than 50 patrons can be seen breaking lockdown regulations at the tavern in Jouberto. The incident happened on Wednesday.

"Subsequently, a 54-year-old owner of the place was issued with a notice to appear before the Klerksdorp Magistrate's Court on Monday, 28 September," Mokgwabone said.

In another alcohol-related incident, the mother of two children killed in a shack fire at the Ramaphosa informal settlement in Ekurhuleni - while she was allegedly drinking at a shebeen - seemingly took her own life after hearing about the death of her daughters.

The two children - aged 2 and 4 - died on Saturday at the informal settlement, while their 8-year-old brother managed to escape the inferno, sustaining severe burn wounds.

Asked about the impact the implementation of Level 2 has had in general, Department of Cooperative Governance and Traditional Affairs spokesperson Lungi Mtshali said a comprehensive report was being prepared and will first be submitted to Parliament before being made public.

Meanwhile, Cele has vowed that the police will continue to prosecute those who disregard the regulations, particularly when it comes to alcohol.

"Police officers will continue in their numbers, to enforce the law and clamp down hard, especially on reckless behaviour brought on by alcohol abuse," Cele said.

Health Minister Zweli Mkhize on Sunday said South Africa was "over the surge" of Covid-19 infections, but warned that a resurgence might be on the cards if people neglect precautionary measures.

We live in a world where facts and fiction get blurred
In times of uncertainty you need journalism you can trust. For 14 free days, you can have access to a world of in-depth analyses, investigative journalism, top opinions and a range of features. Journalism strengthens democracy. Invest in the future today. Thereafter you will be billed R75 per month. You can cancel anytime and if you cancel within 14 days you won't be billed.
Subscribe to News24
Related Links
Many 'drunk' drivers, including cops, among 840 arrested in Gauteng over weekend
Zweli Mkhize | The burden of alcohol on the healthcare system
OPINION | Unbanning booze sales: Did we do it the right way?
Next on News24
LIVE | Covid-19 in SA: 1 662 new cases

Here are the Daily Lotto numbers
Full list of lottery results
Voting Booth
Have you and your family been counted in Census 2022?
Please select an option Oops! Something went wrong, please try again later.
Yes
48% - 2099 votes
No
52% - 2290 votes
Previous Results
Podcasts
PODCAST | The Story: How one incident at Stellenbosch University sheds light on deeper issues