ANALYSIS | Police brutality: Why it's easier for cops and soldiers to target poor, black people

The death of 46-year-old George Floyd in the United States has sent shockwaves around the world, as well as in South Africa, igniting protests and public campaigns against police brutality in the name of #BlackLivesMatter.

The reaction to Floyd's death has sparked conversations in South Africa about the struggle of black people, racism, the deaths of citizens at the hands of metro police, SAPS and soldiers during lockdown, as well as the use of excessive force by law enforcement officers.

The protests in America have also led to discussions around the level of reaction to the deaths of Collins Khosa, Elma Robyn Montsumi, Sibusiso Amos, Petrus Miggels and others.

"[W]ithout such comparisons, we would not understand the world fully," political analyst Angelo Fick remarked.

Speaking to News24 this week, Fick said there are comparisons to be made, both in these specific incidents of police brutality, as well as on the context in which they happened.

"The killing of black people in the US and their deaths in police custody is the consequence of living as a minority population in a majority white country, with a specific history of white supremacy, slavery and colonial violence [towards] indigenous people and people brought to the US by slavery," Fick said.

He added that, in South Africa, it is mostly poor, black people who die at the hands of police in a country which is majority black and has a history of violence in the form of colonialism and slavery.

"The class distinction in South Africa is mapped onto the race distinction and often it is mistaken for a race distinction. Yes, the racism is there but there are experiences that many of us in the middle class black South Africa need never fear, our homes will not be invaded, we will not likely be beaten to death as a rule in front of our relatives, whereas for working class poor South Africans this is a reality of violation that they have to deal with far more often than the rest of us," Fick said.

"I'd like to insist there must be a class inflection to racism inflection, because the racism is there and, as I've indicated before how ordinary police operatives may understand the world and what counts and looks like a criminal maybe shaped very much by racist understandings of the world [but] it's also about class because they're very unlikely to treat middle class people in the same way except in extreme circumstances."

READ | OPINION: After Collins Khosa and George Floyd – learning how to breathe again

Thato Masiangoako, a researcher at the Socio-Economic Rights Institution (SERI), reiterated this, saying white and middle-class people had not experienced the lockdown in the same way that more disadvantaged people had.

"The racial dynamics in the US and South Africa are slightly different, but South Africa is not necessarily free from the pervasive and material ways in which systemic racism manifests, and that manifests here in the ways in which black people remain on the disadvantaged end of inequality and they are in fact the face of poverty in South Africa," Masiangoako said.

She added, "those intersectional dynamics around all the factors that contribute to disadvantage in this country I think are similar to what's happening in the US. But what's different in SA is the role of class in distinguishing between who's lived experience, or stories get told and get attention".

The world came to know about Floyd’s violent death through gruesome video footage which was shared widely.

For Collins Khosa and many other South Africans killed by police, information was revealed largely through court papers, official statements or witness statements. While video footage was taken by Khosa’s neighbours, they were allegedly threatened by law enforcement and the footage was deleted.

"So, we don't have the footage which does, I think, spark a different level of outrage because of how graphic that is," Masiangoako said.

For many more privileged people, the "luxury" to switch off is always there, while those responsible are hardly ever held to account.

"In Marikana, we watched the police kill miners on national television, and not a single officer who was responsible for those deaths has been indicted, which is testament to the fact that such a high profile case can brought in and out of our consciousness when it suits us," Masiangoako said.

Is the outrage loud enough?

For the most part, a lot of middle and upper class South Africans have been able to overlook, save for the odd rage tweets, but that's usually followed by a typical back to normal.

According to Fick, South Africa has other mechanisms to hold leaders to account – on paper at least – while in the US a complex relationship exists between branches of government.

"In the US, there are mechanisms, but they're mechanisms that are even more politicised than they are in South Africa. For example, district attorneys who have to draw up the charges are themselves political figures because they're elected."

For Johan Burger, senior research consultant in the Justice and Violence Prevention Programme at the Institute for Security Studies (ISS), police conduct in South Africa under the lockdown warrants outrage.

Burger questioned how such brutality is possible with a police service that "made us all believe that they have changed their culture", yet seemingly lost respect for basic human rights once given extra responsibilities. 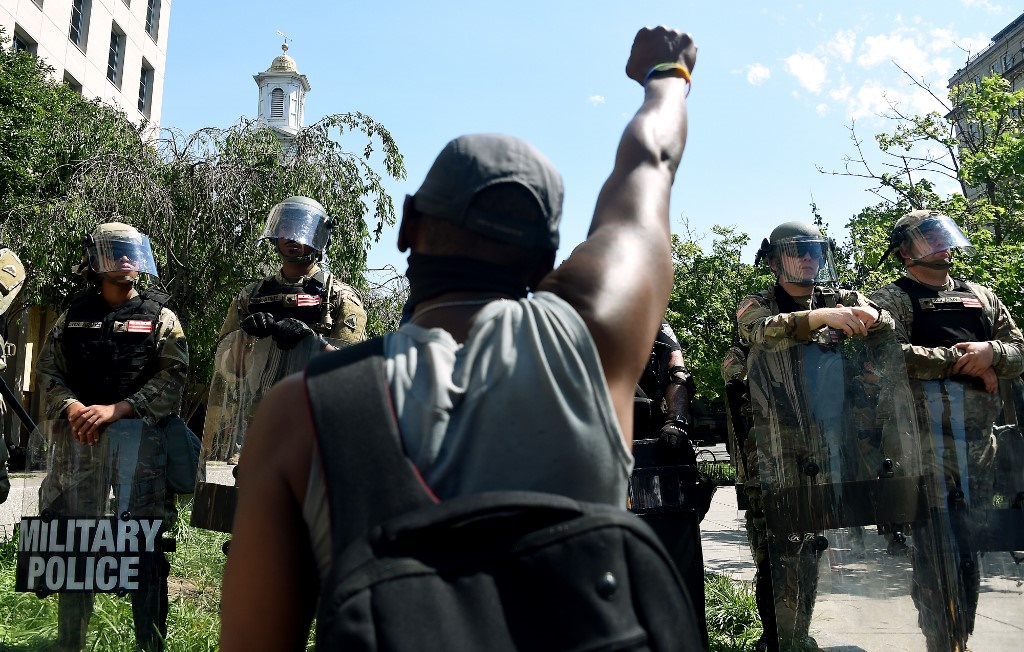 "The questions there is how is it possible that the moment police are given these additional laws to enforce in terms of regulations and having military support, then suddenly it looks like they lose all kinds of control in terms of exercising respect for basic human rights [that] they apparently at least to some extent had before the lockdown.

"I think that is the one question we are all struggling with from an analytical point of view, which tells you that something is still extremely and inherently wrong in the police service in terms of how it functions," Burger said.

Ideologies surrounding policing, regarding who is seen as a criminal and who is not, are much the same everywhere, Fick said.

"[T]he everyday understanding of the world that ordinary people get from their television screens, from their newspapers, through fiction - whether it is visual fiction or written fiction - may go some way to explain the kinds of things you can do to do poor black bodies in South Africa, [which] isn't that different to what you can do to poor black bodies elsewhere in the world.

"The Collins Khosa case is not new; let's not forget that there is Andries Tatane and, before that, a long history of the easy violation of black people's bodies that simply got forgotten in the public domain," he said.

We live in a world where facts and fiction get blurred
In times of uncertainty you need journalism you can trust. For 14 free days, you can have access to a world of in-depth analyses, investigative journalism, top opinions and a range of features. Journalism strengthens democracy. Invest in the future today. Thereafter you will be billed R75 per month. You can cancel anytime and if you cancel within 14 days you won't be billed.
Subscribe to News24
Related Links
Mapisa-Nqakula denies there is a report with findings into Collins Khosa's death
OPINION: After Collins Khosa and George Floyd – learning how to breathe again
'I can't breathe': A chilling anthem for global inequality - Tutu foundation
Next on News24
LIVE | Covid-19 in SA: 3 274 new cases