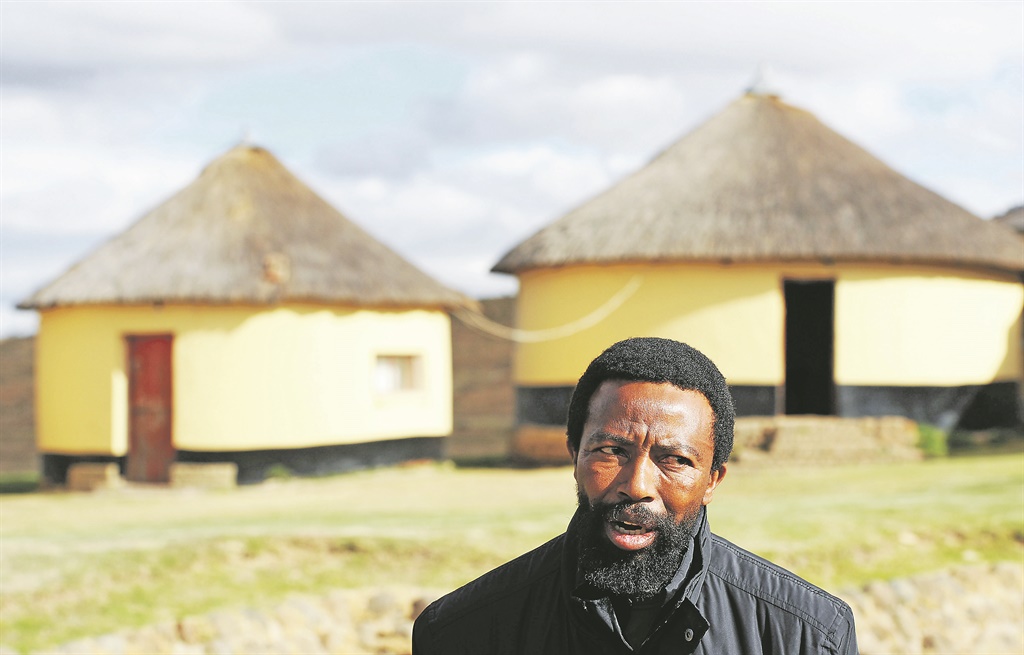 The ANC is "a devil's fart" and its alleged actions should not be tolerated, or it will run the country into the ground.

These were the words of AbaThembu King Buyelekhaya Dalindyebo as he launched a scathing attack on the ruling party over the weekend.

The monarch was addressing about 50 mourners at a funeral service of AbaThembu chief Sandile Mgudlwa in Ngcobo over the weekend.

Mgudlwa died and was buried in July, but no service was held at the time due to Covid-19 regulations.

ANALYSIS | Is Ramaphosa losing his grip on the NEC? This is what the analysts say

The address was captured on video by a mourner. The video is now in the public domain after circulating on social media. The Engcobo Local Municipality also streamed the funeral service live.

Addressing the crowd in his home language of isiXhosa, Dalindyebo charged: "You need to be brave, because the thieves are stealing all the resources meant to shield us during this difficult period."

Dalindyebo’s statements come as the ANC comes under heavy criticism over reports linking many of its top leaders to alleged Covid-19 tender corruption.

WATCH | Washed away: Boxes of PPE found drifting in river near Centurion

"The ANC was so innocent when it was in the hands of Oliver Tambo. What we are seeing today, I don’t know what to call it all. I would say it’s a devil’s fart, but because I am in the presence of pastors I can’t say that."

The statement was met by laughter and clapping of hands. One mourner could be heard on the video saying: "I have missed him."

This was one of Dalindyebo’s rare public addresses since his release from prison on 23 December 2019, after having served four of his 12-year sentence.

'The devil is not even wearing underwear now'

Calling certain mourners by their clan name, Dalindyebo, said: "If Mkabayi, you can work hard on fixing the ruling party, getting rid of the rampant corruption, I am sure that you will get our support."

"Ah, Zwelibanzi," reacted one mourner to the statement, shouting the king's royal name.

Dalindyebo said his nation did not want the ANC "per se", but was longing for good hearts in the party, adding that his people did not like hearing about the ANC's scandals.

He took a swipe at uncritical supporters of the party, warning them against blind loyalty.

"There comes a time when you don’t have to tolerate any wrongdoings, because the way I see it, the devil is not even wearing underwear now - he is stark naked," said Dalindyebo, triggering a chorus of laughter from mourners.

The ANC in the Eastern Cape has welcomed Dalindyebo's attack, describing it as a call for a renewal of morality and a call for the party to act decisively against corruption.

After watching the video, ANC provincial secretary Lulama Ngcukayithobi said: "The voice of the king echoes the analysis made by the ANC leadership - in its last NEC meeting, which was well articulated in the statement issued afterwards - at the core of the statement is that the corruption is an antithesis of the revolution and, as such, as a revolutionary organistion, the ANC must fight against it within its ranks, within the private sector and within the society.

"Hence, we resolved that any leader who is facing courts on accusations of corruption should step aside. So the king, as per my understanding, is calling for renewal of morality and calls the ANC to act and act decisively."

Engcobo Local Municipality spokesperson Sivuyile Myeko said Mgudlwa was initially buried 3 days after his death in July in what is known in Xhosa culture as "ukuqhusheka"  due to Covid-19 regulations.

He said there was no service held at that time. Last Friday was his official funeral ceremony. Mgudlwa was one of the 39 councillors of the municipality.

We live in a world where facts and fiction get blurred
In times of uncertainty you need journalism you can trust. For 14 free days, you can have access to a world of in-depth analyses, investigative journalism, top opinions and a range of features. Journalism strengthens democracy. Invest in the future today. Thereafter you will be billed R75 per month. You can cancel anytime and if you cancel within 14 days you won't be billed.
Subscribe to News24
Related Links
King Dalindyebo remains on AbaThembu throne as ousted son Azenathi loses bid to return
I will not resign - ANC MP won't go down without a fight
ANALYSIS | Is Ramaphosa losing his grip on the NEC? This is what the analysts say
Next on News24
LIVE | Covid-19 in SA: 8 179 new cases