ANC launches manifesto: 'We have not always put the best people in government' - Ramaphosa 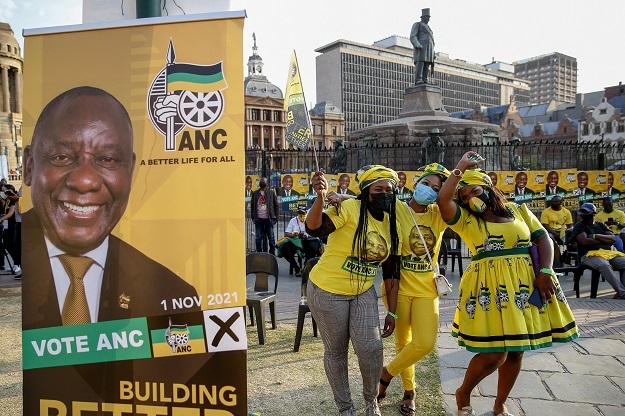 With almost all dysfunctional municipalities in the country run by the ANC, the party has promised to choose the best people to run municipalities.

In its election manifesto, launched on Monday evening by President Cyril Ramaphosa, the party said it would improve the quality of leadership in local government.

"We have not always put the best people in positions of responsibility in government," the president conceded.

He said the ANC had been slow to act when public representatives abused their positions or failed the mandate the people had given them. In its manifesto, the party said it would subject mayors and senior managers to lifestyle audits to "limit the scope for corruption".

"...Requiring mayors and councillors to sign performance agreements, with agreed targets, against which they will be measured."

The ANC said it would strengthen monitoring capacity in provincial and national governments to intervene early in municipalities when problems occurred.

Ramaphosa said: "People want councillors they can have confidence in, and trust."

The party promised to thoroughly interview all mayoral candidates and check their backgrounds to determine their strengths and weaknesses to ensure the best candidates were selected. Ramaphosa had previously told the ANC's councillor candidates that mayors would not be appointed based on popularity.

The ANC changed its process in electing councillor candidates to include public comments and input.

The party promised to "change the composition and mandates of ward committees to overcome the problems they have experienced and enable residents to play their part as active citizens to build communities and hold councillors and staff accountable".

The ANC would also improve the quality of the induction of councillors and officials of municipalities to respect legislated boundaries.

The ANC conceded that there had been many challenges in local government.

The Auditor-General noted that only 27 municipalities in the country achieved clean audits - an indicator of the deteriorating state of local government.

Lucky Sunday for 2 Daily Lotto players
Full list of lottery results
Lockdown For
DAYS
HRS
MINS
Voting Booth
President Ramaphosa has punted the idea of mandatory Covid-19 vaccinations for South Africans. This is:
Please select an option Oops! Something went wrong, please try again later.
The right thing to do. We desperately need more South Africans vaccinated to prevent further mutations and restore normality in our lives.
70% - 11890 votes
A risky strategy. Compulsory vaccinations may have unintended consequences and damage our rollout campaign.
30% - 5021 votes
Previous Results
Podcasts
PODCAST | The Story: The Omicron variant and what we know so far