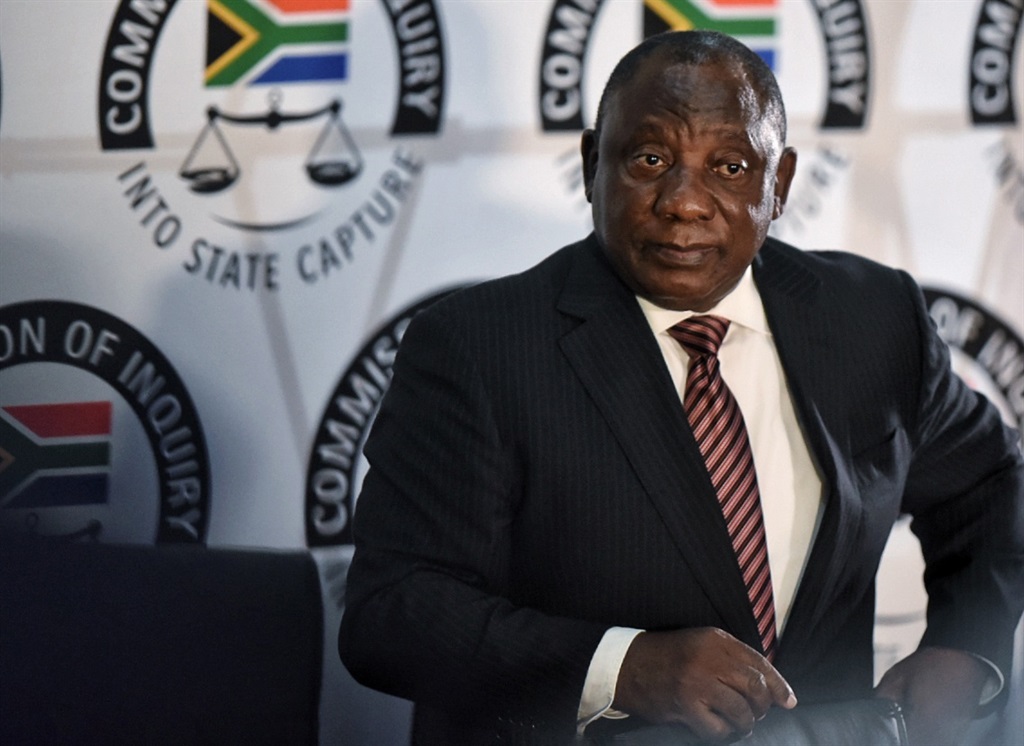 The ANC suspending its whip on the Standing Committee on Public Accounts (Scopa) Mervyn Dirks will not scupper an investigation into President Cyril Ramaphosa.

Last week, it emerged that Dirks wrote to Hlengwa requesting that Scopa investigate Ramaphosa over a leaked recording in which the president appeared to confess that he misused public funds for use in his CR17 campaign.

ANC chief whip Pemmy Majodina then instructed Dirks to withdraw his letter asking for an investigation.

Dirks refused, and the ANC caucus, following consultation with the party leadership, placed him under precautionary suspension.

Hlengwa released a statement on Friday, saying "there has been a series of baseless speculations on the matter, and undue aspersions cast" and clarified certain aspects around the looming investigation into Ramaphosa.

He said he received email correspondence from Dirks on 22 December 2021 on Ramaphosa's remarks.

"I acknowledged receipt of Mr Dirks' email correspondence and agreed with him that the matter was serious and would receive the attention of the committee at the earliest possible convenience in January 2022 when Parliament resumed its work," said Hlengwa. "I accordingly advised the Chair of Chairs, Mr Cedric Frolick, about the correspondence, and there was agreement that the matter would receive attention in January 2022."

Hlengwa said he asked Scopa's staff to begin gathering information during the recess period, so that he could adequately brief members "about this matter because without a doubt its seriousness was vivid".

This included engaging Parliament's legal services, whose legal opinion had already been finalised and was due to be tabled to the committee. "Therefore, when the news of Mr Dirks' letter broke in January it was not news to us, and precisely for this reason it was deemed prudent to not throw the committee into the fray of the media campaign on this matter as it had quickly become a deliberate subject of speculation and assumption and politicking expressly devoid of basic understanding of Parliamentary processes."

Hlengwa briefed the parties represented on Scopa and said a special committee meeting was scheduled for Friday, 21 January 2022, for Dirks to address the committee.

"It was also pointed out on 18 January 2022 that this special meeting is subject to the approval of the Presiding Officers of the National Assembly noting that Parliament is currently in recess, and if approval is not granted, Hon Dirks will be afforded an opportunity to make representations to the committee at an available opportunity once Parliament resumes for the 2022 session," said Hlengwa.

"The application for the special meeting was not granted on the basis that the date fell on a constituency day, and accordingly, the meeting will now be convened on Tuesday, 25 January 2022 at 16H00."

Hlengwa said the committee did not draw into party political activities or factions and its work must rise above party political divides and pay particular attention to the Rules of the National Assembly, the Constitution and applicable legislation to its work.

"The matter brought before me by Mr Dirks, and being processed towards the committee, does fall within the ambit of matters which deserve our attention," said Hlengwa. "The reported suspension of Mr Dirks has no material bearing on the matter at this point because the committee reserves the right to invite or summons any person to appear before it to provide information, evidence, or representation.

"Furthermore, a withdrawal of the letter if it were to arise does not conclude the matter without due process as a report would still be required of the committee."

He said the matter was now the subject of a parliamentary process and the committee would take decisions it deemed fit, necessary and appropriate.

"The burden of responsibility that saddles the committee is one of due process to ensure parliamentary oversight and accountability. Notwithstanding the associated politics the committee will, as it currently does, conduct its work with integrity and comply with the rules of Parliament," said Hlengwa.