Andile Lungisa maintains innocence as he enters prison, hits out at judges 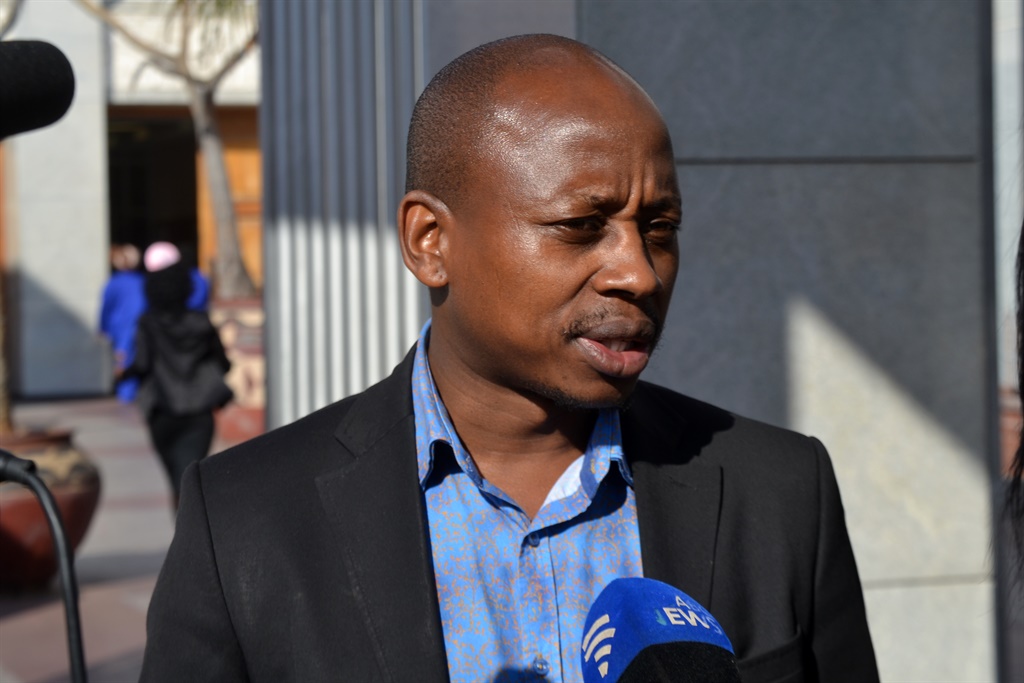 As the gates of the North End Prison in Port Elizabeth, historically known as "Rooi Hell", slammed shut behind him, he maintained he had done nothing wrong, Dispatch Live reported.

Lungisa was convicted and sentenced to three years in prison for assault with intent to do grievous bodily harm in 2018, News24 reported.

According to Daily Dispatch, outside the prison grounds, ANC supporters gathered, sang struggle songs, prayed and then walked Lungisa to the reception area, where he handed himself over to the correctional services officials just before noon.

He had reportedly raised concerns about prison conditions in his latest papers filed with the Constitutional Court this week, saying the food was unpalatable, the sleeping arrangements less than comfortable, there was no privacy when using the toilet, and that he ran the real risk of contracting Covid-19 while behind bars.

Outside the prison on Thursday, he reportedly said that he and Kayser had resolved their issues and that Kayser did not want to see him jailed.

He also reportedly claimed that the video footage of the incident had been "doctored" and also took a stab at the five SCA judges, saying they had treated him unfairly because of his political standing.

The NPA in the Eastern Cape has written to the clerk of the court requesting that ANC councillor Andile Lungisa report to authorities within 48-hours to start serving his sentence. | @J_chabalala https://t.co/HkF5nk77aD

Earlier on Thursday, ANCYL convener Thandi Mahambehlala addressed Lungisa's supporters in Port Elizabeth, saying he was being persecuted by the "old guard" and that their time would come.

An application for the extension of Lungisa's bail is due to be argued in the Eastern Cape High Court in Makhanda on Monday at 14:00. The National Prosecuting Authority has indicated that it will oppose the application.

We live in a world where facts and fiction get blurred
In times of uncertainty you need journalism you can trust. For only R75 per month, you have access to a world of in-depth analyses, investigative journalism, top opinions and a range of features. Journalism strengthens democracy. Invest in the future today.
Subscribe to News24
Related Links
After long saga, former ANCYL leader Andile Lungisa starts two-year jail term, NPA confirms
Andile Lungisa served notice to begin 3-year sentence over water jug attack
Andile Lungisa: 'I will go to jail, if I go to jail, and I will come back to liberate my community'
Next on News24
LIVE | Covid-19 in SA: Cases rise by 3 049 as death toll goes up by 13

Super start to the weekend for 3 Daily Lotto players!
Full list of lottery results
Lockdown For
DAYS
HRS
MINS
Voting Booth
Matric results are out! Are you happy with your child's result?
Please select an option Oops! Something went wrong, please try again later.
No, the pandemic really messed up their ability to focus
35% - 130 votes
Yes, they did well given the circumstances
65% - 244 votes
Previous Results
Podcasts
LISTEN | The Inge Lotz Story - a miscarriage of justice