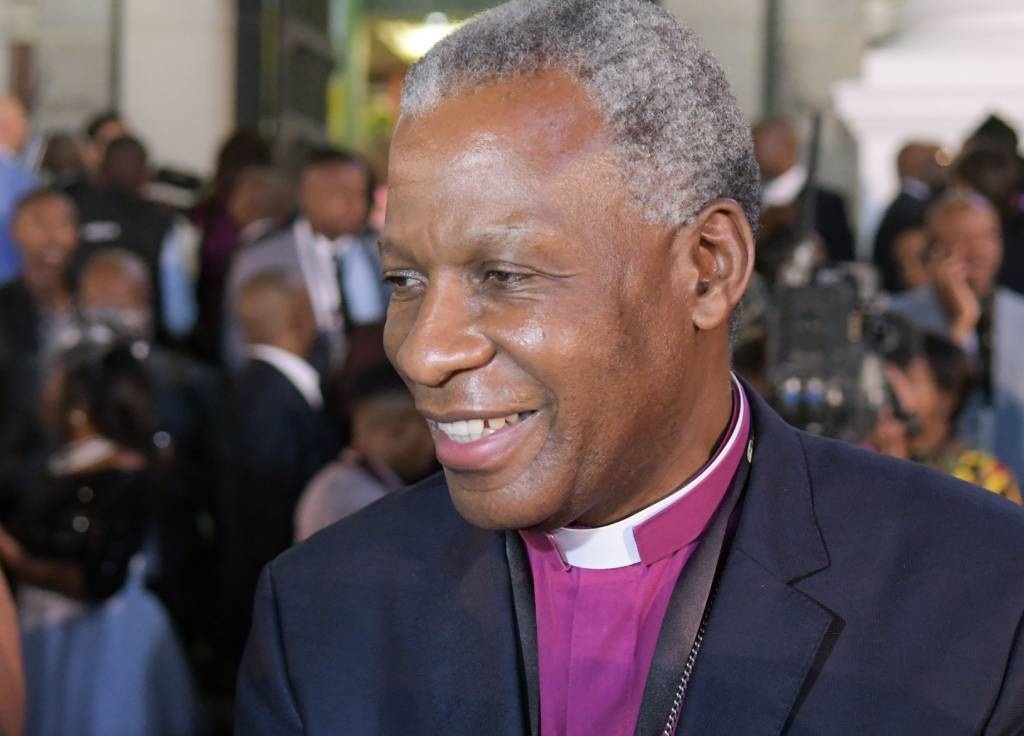 Chief Rabbi Warren Goldstein is locked in a war of words with Anglican Archbishop Thabo Makgoba over the ongoing conflict in Israel and Palestine.

In an open letter to Makgoba, Goldstein expressed his "deep disappointment in the moral confusion" and "disregard for the facts" displayed by Makgoba.

In his letter, Makgoba said in 2019, the provincial synod passed a resolution expressing strong support for justice for the Palestinian people.

"We did not do this lightly; our own experiences and the way the Christian faith was manipulated in the service of apartheid meant that we could not keep silent in the face of similar developments elsewhere," he wrote.

"The current state of affairs [in Israel] is unjust and evil. We, therefore, call for an arms embargo to be placed on all fighting forces in the region, just as there was a United Nations arms embargo on South Africa."

Goldstein said Makgoba's attitude towards Israel endangered his own church.

He added extremist Islamist groups attacking Christians in Africa shared the same origins and violent philosophy as the groups that attacked Jews in Israel.

"Research suggests that more than 4 000 Christians have been murdered in Africa in the last year. Many of these attacks are inspired by the same fundamentalist philosophy that inspires attacks against Israel.

"When you support Hamas, you endorse the ideology of Ansar al-Sunna, Al-Shabaab, Boko Haram and ISIS, and you jeopardise the safety of Christians across Africa."

Goldstein said Israel "is a beacon of freedom for all religions".

"All citizens, regardless of religion, ethnicity or any other marker, have the right to vote and to serve in government. It is quite absurd to call this apartheid."

Makgoba added the situation in Mozambique required a deeper understanding.

"Talking about and yearning for sustainable peace begins with love and having the courage to name the ills," he said.

"I minister to dioceses, parishes and people in northern Mozambique. A deeper analysis makes clear that the conflict is multifaceted, and while jihadists might be taking advantage of people's grievances there, they are real."

According to Goldstein, many members of the Anglican church disagreed with Makgoba.

Makgoba said land dispossession laid "at the heart of the matter" in Israel.

"Just as the chief rabbi needs to pastor his people in the way he judges is most appropriate, so I need to do the same.

"We can't dictate how we lead one another's communities. I believe some of his statements are unsubstantiated and emotive but understand his love for and protection of the current political system in Israel.

"The saving grace in this interchange is that we are addressing one another with neither fear nor favour. Doing this is the first step towards building peace and trust. It is people's lives, both Israeli lives and Palestinian lives, we are talking about. It is the human face of God at stake," he added.

Goldstein previously called on Muslim leaders to join him in imploring their communities to be tolerant of one another's differing views regarding the conflict in Palestine.

He directed his comments to the Muslim Judicial Council (MJC) and Jamiatul Ulama South Africa, asking they join together and call on their congregants to behave in such a way that every citizen of this country felt safe to attend mosque or synagogue to practice their faiths and hold their beliefs and opinions as their conscience demanded.

However, the MJC publicly denied the request and reiterated its solidarity with the people of Gaza.

In a letter to Makgoba, MJC deputy president Moulana Abdul Khaliq Allie said his organisation had received a call from Goldstein, who requested a joint statement by religious leaders in solidarity for peace.

Allie added he had rejected Goldstein's proposal for a joint statement.

We live in a world where facts and fiction get blurred
In times of uncertainty you need journalism you can trust. For only R75 per month, you have access to a world of in-depth analyses, investigative journalism, top opinions and a range of features. Journalism strengthens democracy. Invest in the future today.
Subscribe to News24
Related Links
SA condemns Middle East conflict but won't cut ties with Israel, Pandor tells Parliament
Grisly Gaza conflict has left 200 000 Palestinians with 'staggering health needs' - WHO
SA Muslim leaders reject chief rabbi's call for unity amid conflict in Palestine
Next on News24
LIVE | Covid-19 in SA: 13 575 new cases, 149 more deaths

R446k for one Daily Lotto winner!
Full list of lottery results
Lockdown For
DAYS
HRS
MINS
Voting Booth
When and why would you have your or your partner's sperm count checked?
Please select an option Oops! Something went wrong, please try again later.
That's an unnecessary procedure
17% - 966 votes
As soon as we decide to start a family
7% - 427 votes
Only if we're struggling to conceive
76% - 4444 votes
Previous Results
Podcasts
PODCAST | The Story: Racism rife in South African schools