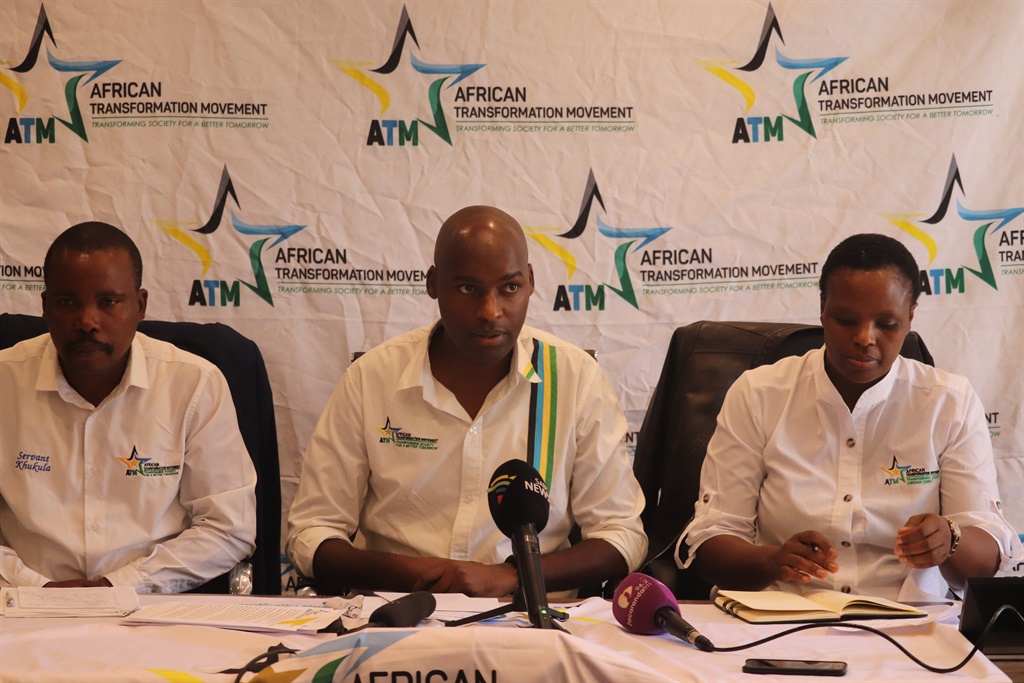 The African Transformation Movement's (ATM) battle to have a secret vote on a motion of no confidence in President Cyril Ramaphosa continues, with the party arguing in court papers that Speaker of the National Assembly Thandi Modise made a "material error of law" in her decision to have the vote by open ballot.

Modise's counter is that the ATM's application is "vexatious", and the court should stop it with an adverse cost order.

Early in 2020, ATM leader Vuyolwethu Zungula lodged a motion of no confidence in Ramaphosa with Modise. Zungula also requested a secret ballot for the vote on the motion, which Modise denied.

In late November, the motion was scheduled for 3 December. Again, the ATM unsuccessfully petitioned Modise to have the motion voted on by secret ballot. On the day the motion was to be heard, the ATM asked the Western Cape High Court to review Modise's decision, and the motion was postponed.

The ATM argued that a secret vote was necessary because some MPs allegedly were beneficiaries of CR17 funds and that the situation in Parliament was as toxic as it was in 2017 when then Speaker Baleka Mbete ordered a secret ballot for a vote of no confidence in corruption-accused former President Jacob Zuma.

Modise found they didn't provide any evidence to back up their assertions.

In March, acting Judge James Lekhuleni dismissed the ATM's application to review Modise's decision and found that Modise had considered all the circumstances in denying the ATM's request and found that the ATM's reasons for a secret ballot were, "... speculative, contrived and based on unsupported suppositions".

However, Lekhuleni also ruled there was no duty on the party bringing the motion to prove that an open or secret ballot was preferable. The ATM has since brought an application for leave to appeal directly to the Supreme Court of Appeal.

In their heads of argument, it states that its application for leave to appeal concerns only one issue: "Was the speaker's decision to decline to order a secret ballot lawful, bearing in mind, in particular, this Court's finding that the speaker's conclusion on onus was 'inaccurate and erroneous'?

"The merits of her decision to hold an open ballot is generally not relevant in review proceedings," the court papers read.

"It is submitted that if in the process of making a decision a decision-maker applies an 'inaccurate and erroneous' position on the question of onus, then the decision is per se tainted by irregularity and must be declared unconstitutional and invalid.

"For a decision-maker to wrongly think that she needed to be persuaded one way or the other and that a default position existed is so fundamental an error of law that the decision is per se vitiated for that reason alone."

The ATM argues that this is the reason that their appeal has strong prospects of success.

Modise's heads of argument contend that, "... the single ground of appeal that the applicant seeks to pursue has never once been pleaded by it.

"Assuming that the applicant does not change its case again, this, without more, is sufficient that leave should be refused," read Modise's heads of argument.

"Shifting the goalposts in this way is impermissible, and the Court should not condone it."

It argues that, "... asserting that an error of law is material does not make it so".

Modise went further to contend that it is fatal to the ATM's case that it failed to provide, "... any information that would fall within the ambit of 'reasons' that the Speaker could consider", for having a secret vote.

Modise also argues that the threshold for an appeal to the Supreme Court of Appeal has not been reached.

"As has been shown, the applicant has no reasonable prospects of success on appeal. There are also no compelling reasons that warrant an appeal, let alone to the Supreme Court of Appeal.

"This application must, with respect, fail. It is vexatious. The Court would do well to bring it to an end. An adverse costs order would go some way in achieving this."