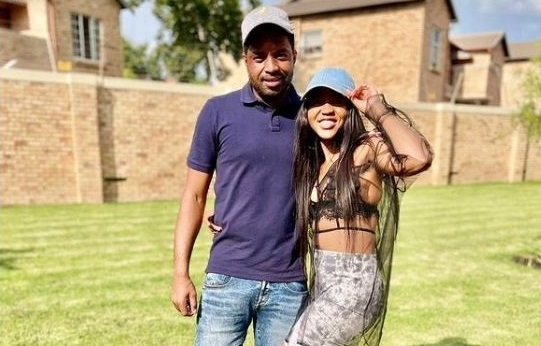 Itumeleng Khune and his sister, Mapula Khune, who was burnt beyond recognition.
PHOTO: Instagram

The sister of Kaizer Chiefs and Bafana Bafana goalkeeper Itumeleng Khune has died in a fire.

Mapula Khune was reportedly burnt beyond recognition in the fire on Thursday morning, near Ventersdorp in North West.

According to the Daily Sun, Mapula was at her grandmother's home. The room she lived in burnt down and the rest of the house was reportedly not damaged.

She said the authorities were alerted to the fire at around 05:00 on Thursday.

"Allegedly neighbours saw smoke coming from the house in Extension 2, Tshing, which is just outside Ventersdorp. They called emergency services, who found the body of a 27-year-old woman. She was in the back room on top of the bed and only the back room caught fire," Myburgh said.

The investigation continues, she said.

Myburgh said foul play was not suspected at this stage and police were still awaiting the results of a post-mortem and a fire forensic investigation.

Here are the winning Lotto and Lotto Plus numbers
Full list of lottery results
Lockdown For
DAYS
HRS
MINS
Voting Booth
Would you choose to continue working from home after the coronavirus lockdown if given the option?
Please select an option Oops! Something went wrong, please try again later.
Yes, it's much better for me
40% - 7744 votes
No ways! I can't wait to get back to the office
12% - 2257 votes
A mixture of both would suit me best
48% - 9383 votes
Previous Results
Podcasts
PODCAST | MISSING MATTHEW EPISODE 3: Decades of false starts add to a family's despair