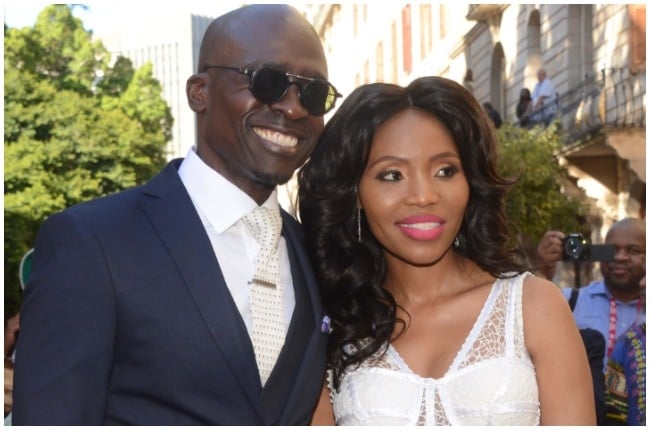 Former finance minister Malusi Gigaba received huge amounts of cash from the Guptas when he visited their Saxonwold home, his estranged wife Norma Mngoma alleged in an eNCA interview on Thursday.

Mngoma was responding to allegations by Gigaba's former bodyguard, who testified at the state capture commission with a temporary moniker of "Witness 3", out of fear for his life, Times Live reported in August. He reportedly claimed he witnessed Gigaba paying for suits and restaurant bills in cash that the Guptas had allegedly given to him.

"He was telling the truth," Mngoma said in the interview. "They used to give him a lot of money."

Ngoma told eNCA's Slindelo Masikane that she and Gigaba would often visit the Guptas. "I don't know what they were giving him money for. Sometimes he used to say that he did favours for them (the Guptas) so then they will give him money. But it was a lot of cash all the time.

"He used to use that money for different things, like for his lifestyle, to build his home and also give it to his sister, because his sister was on credit bureau, and he was owing like R850 000, and they just paid it like that. Even our wedding and honeymoon. So they were always there to help financially, all the time," Mngoma said.

In an eNCA exclusive interview, #Norma Mngoma, tells @Sli_Masikane about her husband's alleged ties with the Guptas and bags of cash. #DStv403 #SATonight pic.twitter.com/WjlAzfYizW

She added that she was never actually present when the Guptas allegedly handed Gigaba the money, but said they would leave with "bags of cash" after visits.

"When we got home, he would take that money and put it in the safe."

Mngoma could not recall the number of times she and Gigaba visited the Guptas in the six years they were married, but said the visits were frequent and that the Guptas visited their home as well, especially when Gigaba was the Minister of Public Enterprises.

Mngoma alleged that Gigaba asked her to use "spousal privilege" to keep quiet about some of his dealings.

Before the interview with Mngoma aired, Gigaba tweeted: "To Whom It May Concern. Please note that I shall not be commenting on any aspect of the Moja Love TV audition which will be airing on eNCA at 18h00, tonight. My energy is exclusively reserved for my fight with the askaris who are the de facto puppet masters (sic)."

The sex tape surfaced in October 2018 when Gigaba tweeted that he had learnt "with regret" that the video was circulating among political figures.

'The sex tape wasn't for me'

"This video has been at the centre of a number of blackmail and extortion attempts, dating back to the period immediately following my appointment as Minister of Finance on 31 March 2017," Gigaba tweeted on 28 October.

In July, Mngoma was arrested for alleged assault and malicious damage to property after she allegedly damaged a Mercedes-Benz G-Wagon that Gigaba was using, News24 reported. The matter was postponed to 12 February 2021 for further investigation and for the outcome of motion proceedings in the Gauteng High Court in Pretoria.

She told eNCA she would be in a position to comment on the case once "court proceedings are over".

"In a nutshell, everything is about getting to my gadgets. That's all." Mngoma said Gigaba was paranoid and wanted her "gadgets" because she had taken pictures during visits to the Guptas. "He is worried about what I know."

Speaking about her arrest by the Hawks for conspiring to murder Gigaba, Mngoma said it was an "imaginary conspiracy".

"He's lying. Nobody is trying to kill him - I think it's all in his head. I'm still waiting for him to tell me who I conspired with and why I would do that. There is no such thing."

Lucky Sunday for 3 Daily Lotto players
Full list of lottery results
Lockdown For
DAYS
HRS
MINS
Voting Booth
The EFF has voted with the DA to ensure they now govern Johannesburg, Tshwane and Ekurhuleni. Was this:
Please select an option Oops! Something went wrong, please try again later.
A brilliant strategic move by the DA not to make formal coalition agreements
24% - 1925 votes
A brilliant strategic move by the EFF to force the DA to negotiate with them
16% - 1303 votes
A recipe for disaster and five more years of unstable local government
60% - 4801 votes
Previous Results
Podcasts
PODCAST | The Story: New era in South African politics dawns - leaving ANC to lick its wounds