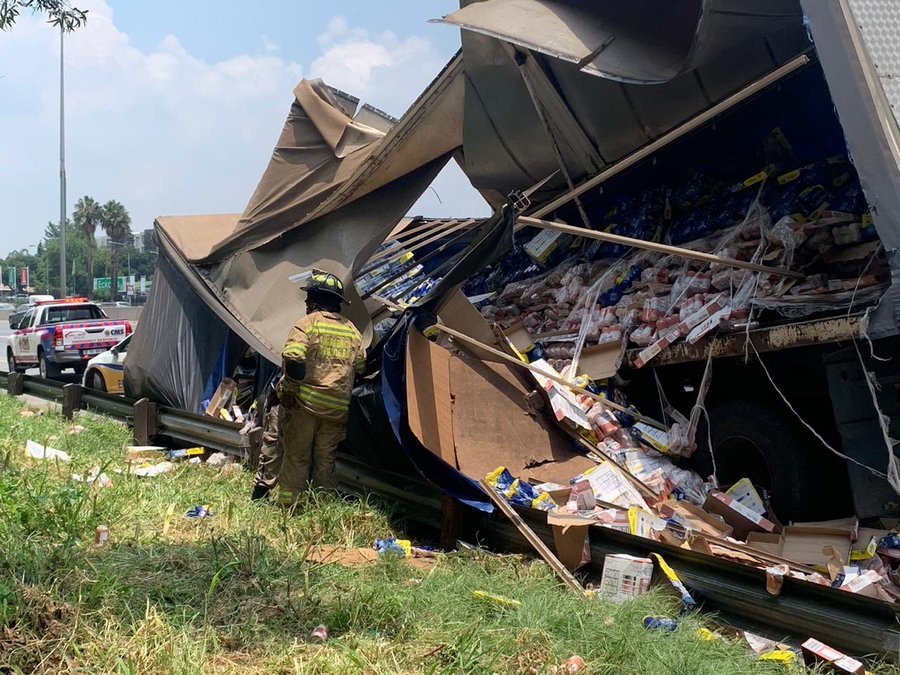 Six truckloads of alcohol were stolen from a brewery depot in Isando, Kempton Park, on Sunday morning.

One of the trucks capsized at Gillooly's Interchange in the Ekurhuleni metro.

SAPS spokesperson Brigadier Mathapelo Peters said police were investigating a business robbery. He added that three of the trucks, including the one that capsized, had been recovered from Kraft Road in Primrose and Serengeti.

"An unconfirmed number of armed suspects, travelling in six trucks, accosted security personnel and staff at a brewery depot in Isando, Kempton Park, on Sunday morning and made off with liquor, whose value is yet to be determined," said Peters.

"Members of the public are urged to refrain from looting as it is criminal to do so, and they could find themselves getting arrested for being in possession of the stolen property. Police have launched a search for the suspects as well as the remaining three trucks," said Peters.

Peters appealed to members of the public, who may have information on the robbery and the looting, to contact the crime stop number on 08600 10111 or via the MySAPS app.