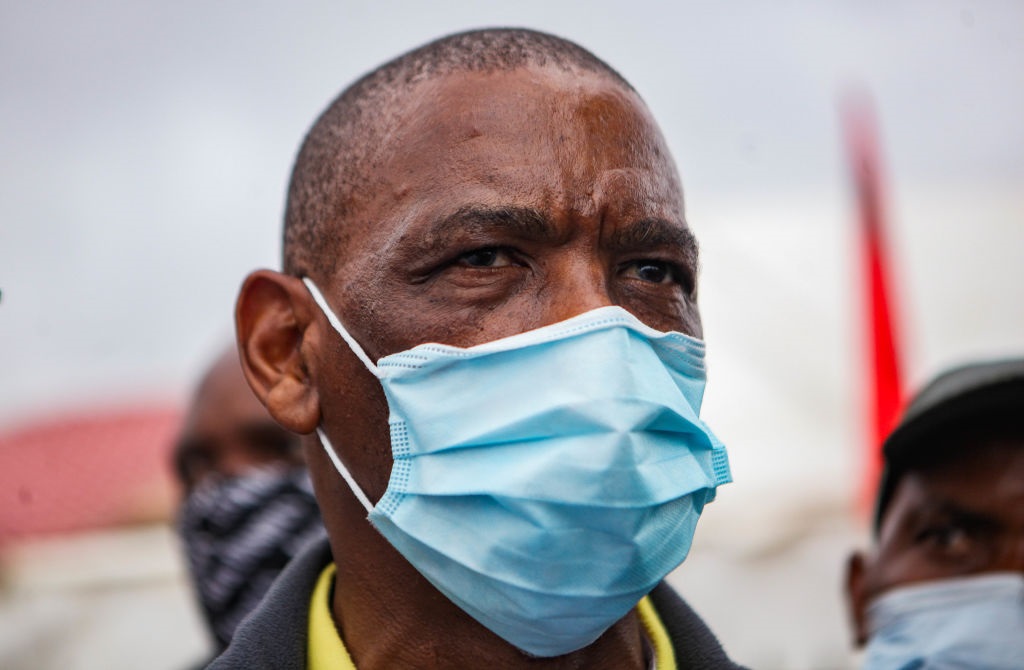 In a statement, the ANC condemned the behaviour of Magashule, together with national executive committee member Tony Yengeni and Carl Niehaus, a staffer in Magashule's office and Umkhonto weSize Military Veterans spokesperson.

READ | ‘No one will ban me in the ANC,’ says Magashule

According to the statement, the party's national working committee (NWC), which met on Monday, instructed the "national presenter" - Uriel Mara - to look into "these breaches of discipline and to investigate charges" in line with the ANC's constitution and code of conduct.

She added the "national presenter" was charged to "investigate charges against any person who is identified as having any misdemeanour".

Should there be any charges with relation to the ANC's Rule 25, then the chief presenter drafts charges against the people involved.

He did not have to make any presentations to the national executive committee or NWC, Duarte said.

The person who was charged then has two weeks to state their side of the case as well as mitigating circumstances on why they should not be charged.

"Only then can the committee sit," Duarte said.

The person who is charged can get someone to speak on their behalf, and they can also call witnesses.

Hearings were "very fair", Duarte said, and they were held in camera.

Following the hearing, the national disciplinary committee compiles a report of proceedings.

Outside the court, Magashule said "no one will ban me in the ANC" and also promised to bus in supporters for Zuma's next appearance on Wednesday.

He has since changed his mind about this.

Duarte said the ANC had met its deadline on Tuesday to file its responding affidavits to Magashule's court case against the party to set aside his temporary suspension in terms of Rule 25.70 of the ANC's constitution.

According to the statement, the NWC appointed an "integrity appeals committee", to be chaired by Vusi Khanyile. Other members of the committee are Mavivi Manzini, Josiah Jele, Dipuo Peters, and Johnny de Lange.

This committee has been set up to hear appeals against rulings by the party's integrity commission.
We live in a world where facts and fiction get blurred
In times of uncertainty you need journalism you can trust. For 14 free days, you can have access to a world of in-depth analyses, investigative journalism, top opinions and a range of features. Journalism strengthens democracy. Invest in the future today. Thereafter you will be billed R75 per month. You can cancel anytime and if you cancel within 14 days you won't be billed.
Subscribe to News24
Next on News24
BREAKING NEWS LIVE | Limpopo cops arrest 5 alleged farm attackers, recover guns and stolen cash