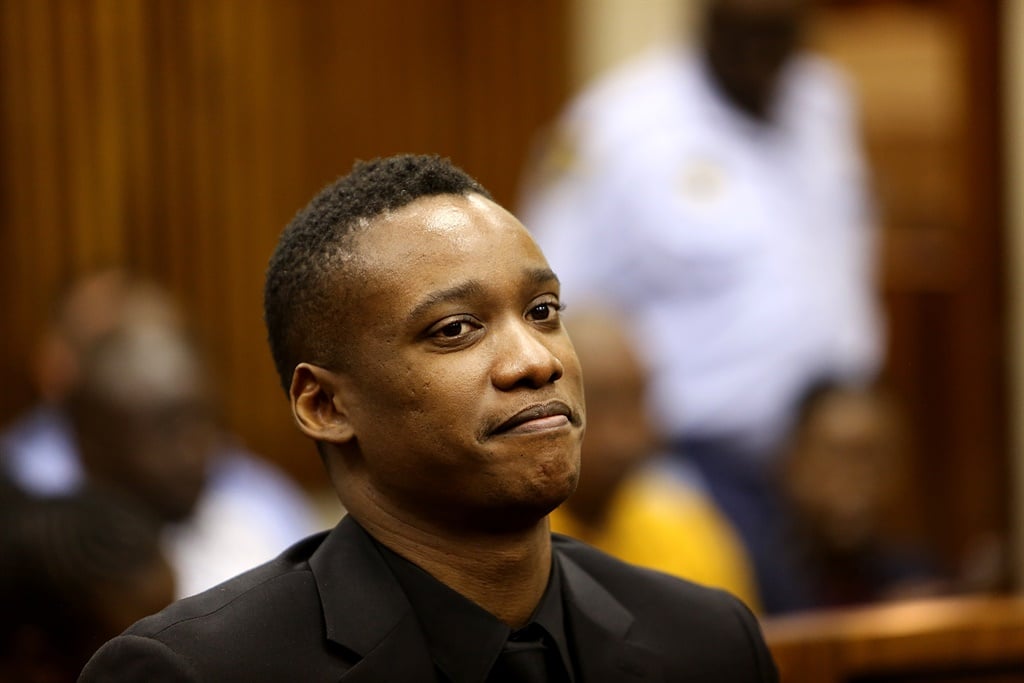 Duduzane Zuma, the son of former president Jacob Zuma, has been found not guilty of the charge of culpable homicide in the Randburg Magistrate's Court.

Zuma was on trial after Phumzile Dube died in February 2014 when Zuma's car crashed into a taxi in which she was travelling.

He pleaded not guilty to the charge.

While delivering his judgment on Friday, Magistrate Tebogo Thupaatlase said the court was mandated to find out whether Zuma was driving negligently or not.

Thupaatlase said on a charge of culpable homicide state should prove whether the driver of a vehicle was supposed to have seen a possible death. He said negligence must be evaluated in the circumstances of each case.

He said the evidence before the court had established that the weather conditions were bad and that had been confirmed by a climatologist who took witness stand.

Thupaatlase said there was no evidence on record that showed what speed Zuma should have driven on the day that would have avoided the crash. He said three witnesses had testified that aquaplaning could have happened even at low speed.

Zuma said he was travelling from Fourways to Saxonwold and had joined the highway from William Nicol Drive. He told the court that there was heavy rain and poor visibility.

He also told the court that he had been driving at a speed of about 120km/h and had hit a puddle of water, which resulted in his vehicle losing control and spinning.

Submitting closing arguments in the Randburg Magistrate's Court in June, Zuma's advocate Mike Hellens said, if the court took into consideration the evidence submitted by all parties, on the balance of probabilities, it would find Zuma not guilty.

While prosecutor Yusuf Baba argued that Zuma was not a careful driver on the day of the crash, Hellens asked: "What could he have done?"

Baba had submitted that Zuma could have prevented his car from aquaplaning on the day.

Forensic engineer and accident reconstruction expert Konrad Lotter had also corroborated Zuma's defence argument that he had lost control of his Porsche 911 after it hit a puddle of water.

He said it was possible the vehicle lost control due to aquaplaning. It was not necessary that it would have done so at an excessive speed, Lotter had testified.

We live in a world where facts and fiction get blurred
In times of uncertainty you need journalism you can trust. For only R75 per month, you have access to a world of in-depth analyses, investigative journalism, top opinions and a range of features. Journalism strengthens democracy. Invest in the future today.
Subscribe to News24
Related Links
'What more could Duduzane Zuma have done?'
Duduzane Zuma was not speeding - court hears
'It does have an effect on me' - Duduzane Zuma testifies at his culpable homicide trial
Next on News24
LIVE | Covid-19 in SA: Death toll at 86 216 as cases rise by 1 504

R420k for one Daily Lotto player!
Full list of lottery results
Lockdown For
DAYS
HRS
MINS
Voting Booth
With the Springboks losing their last two matches against Australia, how concerned are you?
Please select an option Oops! Something went wrong, please try again later.
Very concerned! Something is not right ...
59% - 1773 votes
I'm not worried. Every team has a bad game. The Boks will bounce back.
17% - 514 votes
It's too early to tell. Let's see how they go against the All Blacks.
24% - 731 votes
Previous Results
Podcasts
PODCAST | My Only Story: Teen's suicide reveals shadowy ring of predators at top SA schools