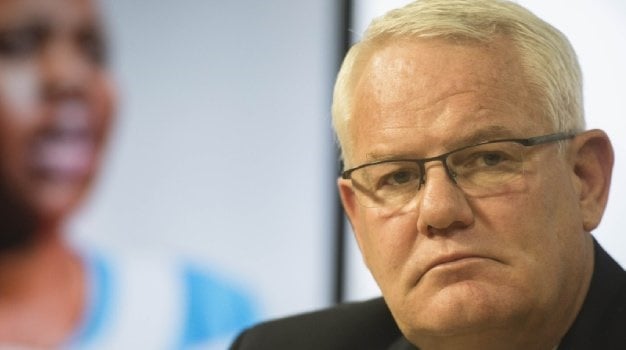 Booysen had nosed his car into the driveway and moved through the electric gates when he noticed a car draw in behind him.

"I looked in my rearview mirror and saw this car. One guy jumped out and looked like he was trying to obscure the sensor, and tailgate his way in," he said.

Booysen added that he'd stopped his car, and that was when he saw the man, armed with a gun, running toward his vehicle.

"He came up to the window, pointed the gun at me and pulled the trigger, but it didn't go off." The retired policeman, in an attempt to evade the triggerman, launched his car forward.

"The guy managed to get close to my window again and pull the trigger, but the gun wouldn't fire," he added.

A man standing on a balcony nearby began to shout at the gunman, Booysen said, at which point another armed man emerged from the car.

"They were obviously alarmed and then they bolted," he said.

He said it was a textbook hit attempt.

"This is not a hijacking, where a person is followed home. This vehicle had not been following me. They were waiting for me when I pulled in," he added.

Police spokesperson Brigadier Mathapelo Peters could not be reached for comment.