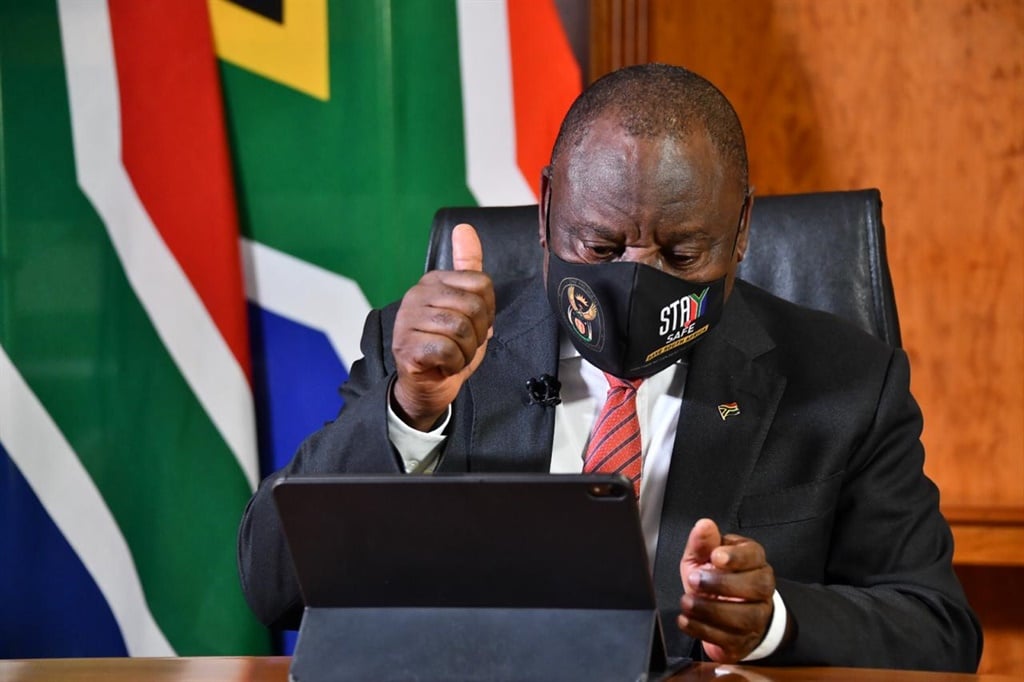 The National Coronavirus Command Council (NCCC) and Cabinet have been advised to lift the ban on the sale of cigarettes and alcohol and move the country to Alert Level Two of the nationwide lockdown.

President Cyril Ramaphosa is expected to announce his decision this week.

News24 has confirmed that Ramaphosa chaired meetings of the NCCC and Cabinet on Tuesday where the overwhelming argument was in favour of fully reopening the economy.

This is in light of the fact that fewer confirmed Covid-19 cases have been reported daily.

Four sources who have knowledge of the discussions told News24 that the economic devastation of the cigarette sales ban could no longer be justified. The country has lost billions of rand in tax revenue as a result of the ban and the illegal selling of cigarettes has flourished.

The same argument was made for the reinstated alcohol ban that has been in place for the last month.

Officials said they were told that hospitals were not overwhelmed as expected, and that South Africa's recovery rate showed a positive trajectory.

The discussion relating to the full reopening of the economy was first held on Sunday, at an extended meeting of the Forum of South African Directors-General (Fosad).

Natjoints, which is co-chaired by the police and the defence department, was also part of that meeting, where they processed the latest reports related to the Covid-19 pandemic.

"It was argued that the economy is mostly open so we have to look at the other remaining sectors. When we are meeting with sectors we can't justify the ruin to the economy," a government insider said.

A second source said: "We said this ban is not working. Cigarettes are sold. Alcohol is sold openly now. Our ban is pointless."

A cigarette industry insider told News24 they were expecting an announcement from Ramaphosa, unbanning the sale of tobacco.

"We are very optimistic about what we are hearing. There is acknowledgement that the restrictions didn't work."

The tobacco industry has been involved in high-stakes litigation against the government and the Western Cape High Court is expected to rule on an application by British American Tobacco to have the sale of cigarettes unbanned this week.

A second cigarette industry insider said they were also anticipating an end to the cigarette sales ban, four and a half months after it was first imposed.

The government's reassessment of the booze ban was in line with claims they made in court that the government would balance the health measures with the impact of the economy.

Minister in the Presidency Jackson Mthembu, who is in charge of commenting on matters related to the NCCC and Cabinet, could not be reached for comment.

Cabinet spokesperson Phumla Williams could also not be reached for comment.

The Presidency would not confirm whether Ramaphosa would address the nation on the matter this week.

Do you think the cigarette ban served its purpose? Subscribe to News24 and add your voice to the conversation in our comments section.

We live in a world where facts and fiction get blurred
In times of uncertainty you need journalism you can trust. For 14 free days, you can have access to a world of in-depth analyses, investigative journalism, top opinions and a range of features. Journalism strengthens democracy. Invest in the future today. Thereafter you will be billed R75 per month. You can cancel anytime and if you cancel within 14 days you won't be billed.
Subscribe to News24
Related Links
British American Tobacco SA says cigarette ban an 'exercise in smoke and mirrors' in court filing
Govt says tweet which sparked confusion about alcohol, cigarette ban is incorrect
Dodging questions: Dlamini-Zuma does not have available the reasons a state of disaster was declared
Next on News24
BREAKING NEWS LIVE | Hawks arrest 11 armed suspects at OR Tambo International Airport