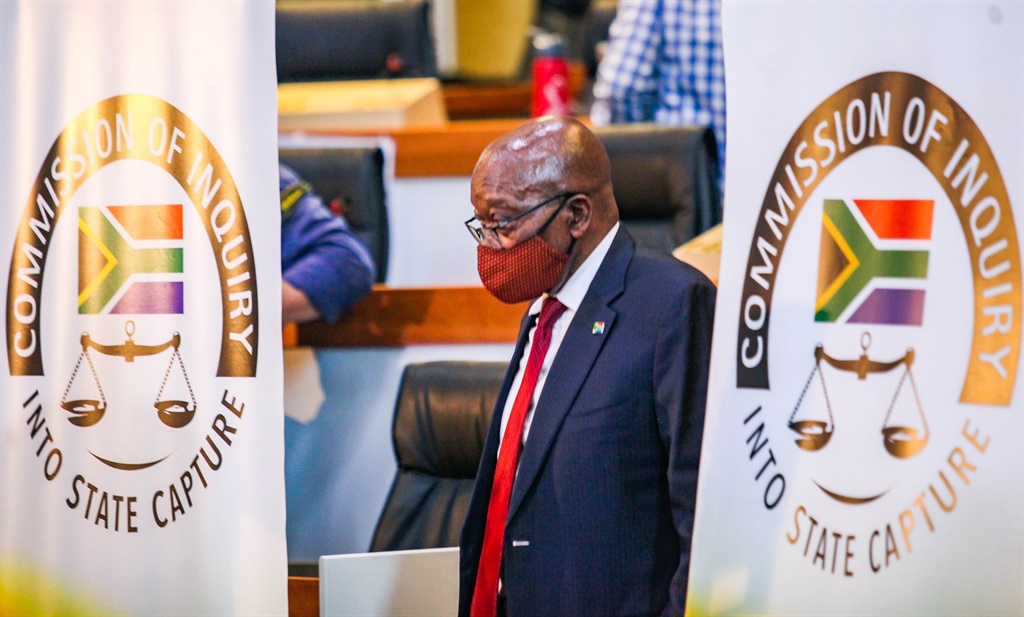 Former president Jacob Zuma has launched a legal challenge to Deputy Chief Justice Raymond Zondo's refusal to recuse himself from presiding over issues in the state capture inquiry which relate to him and his family.

Zuma's lawyers filed the challenge in the Pretoria High Court on the same day that they told the Constitutional Court he would not be participating in the inquiry's case to force him to appear before Zondo in January and February next year.

He sought Zondo's recusal on the basis that the deputy chief justice could be perceived to have shown bias against him.

The state capture commission says former president Jacob Zuma has shown "no basis" for Deputy Chief Justice Raymond Zondo to step down as its chair because of alleged bias. | @karynmaughan https://t.co/S55aAZ5oUa

Zuma also claimed that he and Zondo had a "close personal relationship" and contended that, because of this, Zondo should have never agreed to chair the state capture commission.

Zondo has disputed the existence of this close friendship.

He further found there was no basis on which he should recuse himself.

It is that decision that Zuma now wants the Pretoria High Court to review and set aside.

This is a developing story.
We live in a world where facts and fiction get blurred
In times of uncertainty you need journalism you can trust. For 14 free days, you can have access to a world of in-depth analyses, investigative journalism, top opinions and a range of features. Journalism strengthens democracy. Invest in the future today. Thereafter you will be billed R75 per month. You can cancel anytime and if you cancel within 14 days you won't be billed.
Subscribe to News24
Next on News24
LIVE | Covid-19 in SA: 7 238 new cases

Here are the Daily Lotto results
Full list of lottery results
Voting Booth
Have you and your family been counted in Census 2022?
Please select an option Oops! Something went wrong, please try again later.
Yes
48% - 297 votes
No
52% - 325 votes
Previous Results
Podcasts
PODCAST | The Story: What is behind Khayelitsha's recent mass shootings?