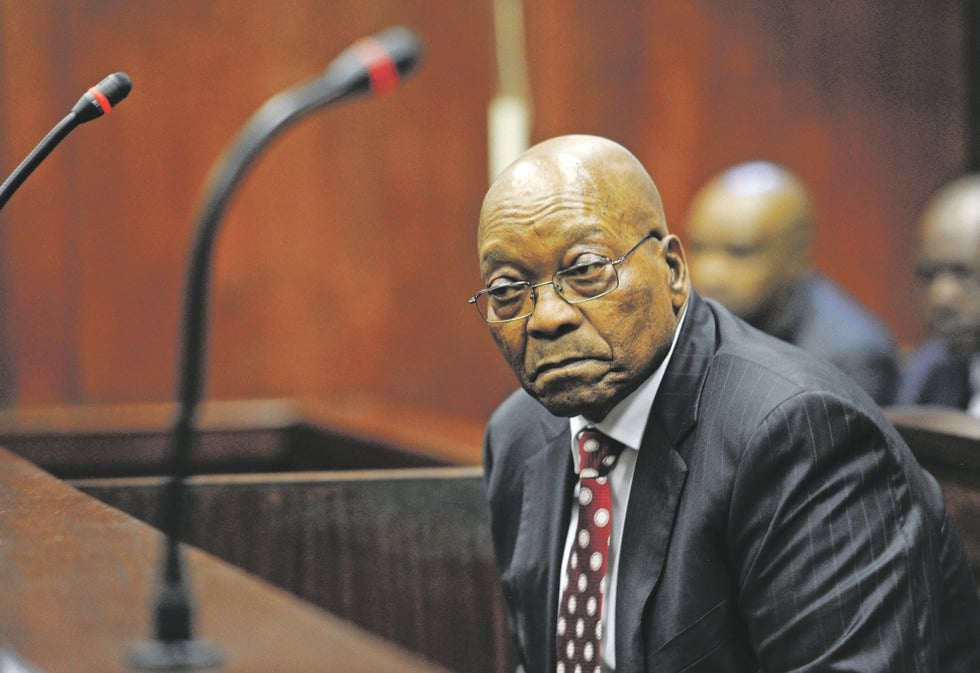 Former president Jacob Zuma has written to his successor President Cyril Ramaphosa, taking him to task for the latter's letter to party members condemning corruption.

In a letter seen by News24, Zuma said Ramaphosa's letter was fundamentally flawed and played into the hands of those who seek to destroy the ANC and "build a counter-revolutionary party under the guise of fighting corruption".

"It is absolutely unjustified to attribute to the entire ANC and to ordinary members misconduct of a few individuals that have access to state power and it’s resources as well as ANC leadership positions."

Zuma's spokesperson Vukile Mathabela confirmed the letter, but said he was shocked that it had been leaked.

"You write, for your own desires to plead for white validation and approval, the worst betrayal of Oliver Tambo, Nelson Mandela, Walter Sisulu, Govan Mbeki and others who sacrificed their own freedom for the ANC. With your pen, you desecrate the graves of young men and women who lived and died cruel deaths in the hands of apartheid security forces and mercenaries," Zuma wrote in the strongly-worded letter.

In the letter, Zuma said Ramaphosa's statement that the ANC stands as corruption accused number one implicated thousands of innocent party members.

"I view your letter as a diversion, a public relations exercise by which you accuse the entire ANC in order to save your own skin."

He called Ramaphosa’s actions unprecedented, adding that since the party’s formation in 1912, he was the first party president to say it should hang its head in shame.

"I know, Mr President, my letter will be misconstrued as an attempt to ignore allegations levelled against me, or to attribute every failure of the ANC to you. Many in white circles that are fond of you and seek to minimise your errors will fill their barrels of ink and sharpen their pens to condemn me for expressing my views,” he said.

He added that Ramaphosa’s letter contained the "cardinal error" of implicating the ANC in matters that it’s leaders must account for.

He said, in all the years he has been accused of wrongdoing including the arms deal, he had never implicated the ANC.

"I have faced those charges alone and have become the scapegoat as many of you continue to enjoy the riches that white monopoly capital continues to bless you with."

Zuma said was this was an opportune time for Ramaphosa to reveal if his companies had conducted any business with government in the so-called "nine wasted years" while Zuma was president.

"This would help you, Mr President to dispel this unfortunate allegation sometimes labeled against you."

In his sharply-worded letter, Zuma said it appeared that Ramaphosa was diverting attention away from himself, as he currently stood accused of receiving a billion rand during his CR17 campaign.

"Worse still, as a matter of fact and with some unsurprising help from the judgement of the North Gauteng High Court, you have sealed the records reflecting your generous donors in order for the public and ordinary members you lead never know the identities of those who funded your campaign to win the presidency this glorious movement and consequently ascend to the highest office in the land."

Zuma's letter comes as the NEC prepares to hold its special meeting, where issues of corruption are expected to be dealt with extensively.

The National Working Committee met on Monday and resolved to support Ramaphosa’s letter to its members. ANC deputy secretary-general Jesse Duarte on Tuesday said the party would review all members implicated in corruption with a fine tooth comb.

News24 reported that the NWC had recommended that all members implicated in wrongdoing must step aside. The first casualty has been former eThekwini mayor Zandile Gumede and KwaZulu-Natal deputy chairperson Mike Mabuyakhulu, who were asked to step aside on Friday morning from all their duties.

The contentious debate around corruption is said to be splitting the already fragmented ANC in half.

We live in a world where facts and fiction get blurred
In times of uncertainty you need journalism you can trust. For only R75 per month, you have access to a world of in-depth analyses, investigative journalism, top opinions and a range of features. Journalism strengthens democracy. Invest in the future today.
Subscribe to News24
Related Links
The ANC or South Africa? Opposition MPs ask Ramaphosa in Parliament
Covid-19 corruption: Malema wants to know whether CR17 donors scored PPE tenders
Inside the ANC's power blocs: How the tectonic plates have shifted since Nasrec
Next on News24
LIVE | Covid-19 in SA: Cases rise by 13 147