Brother and sister, aged 7 and 5, drown in dam on farm near Gansbaai 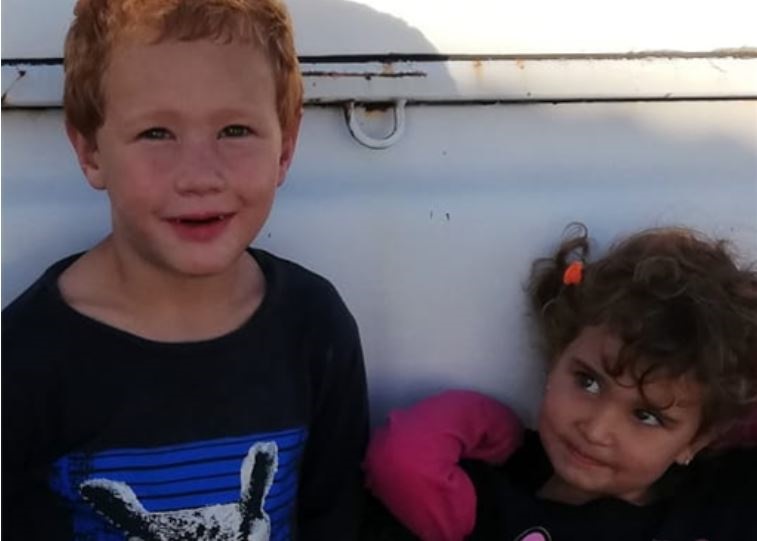 Dameon de Vries, 7, and his sister Kaylie, 5.
Supplied via Netwerk24

The Gansbaai community was left reeling following the death of two children on a farm in the area on Sunday.

Netwerk24 reported that Dameon de Vries, 7, and his sister, Kaylie, 5, drowned in a dam on the farm Vlooikraal in the Baardskeerdersbos area, near Gansbaai.

According to Netwerk24, a search ensued and family members were summoned to help locate Dameon and Kaylie.

By 20:00, their bodies had been found in the dam, some 20 metres from their home. Some of their belongings were reportedly found next to the dam.

Police spokesperson Sergeant Noloyiso Rwexana said at about 19:45, members of the Gansbaai police responded to a drowning complaint on the farm.

"Upon arrival, the bodies of children aged five and seven, girl and boy respectively, were found. A death inquest case has been opened for investigation."

Gansbaai has had no shortage of tragic deaths lately.

Last month, 10-year-old Jayden Montagu drowned at the Gansbaai harbour. He allegedly fell into the water on the outside of the harbour wall on 17 June, the National Sea Rescue Institute reported. His body was found the following day.

The small seaside town was also shocked by the murder of a teenage schoolgirl, allegedly by her ex-boyfriend, on 28 June.

According to EWN, Bridgenay Slingers, 18, was found dead in Blompark in Gansbaai.

It's believed Ward had been in a relationship with Slingers but they had recently broken up.

We live in a world where facts and fiction get blurred
In times of uncertainty you need journalism you can trust. For 14 free days, you can have access to a world of in-depth analyses, investigative journalism, top opinions and a range of features. Journalism strengthens democracy. Invest in the future today. Thereafter you will be billed R75 per month. You can cancel anytime and if you cancel within 14 days you won't be billed.
Subscribe to News24
Related Links
2 teen cousins drown in Mpumalanga dam while washing laundry
17-year-old boy's body recovered from Umkomaas River
Body of unknown man found in car submerged in Hartbeespoort Dam
Next on News24
BREAKING NEWS LIVE | Gwede Mantashe booed from the stage as chaotic scenes mar start of Cosatu congress