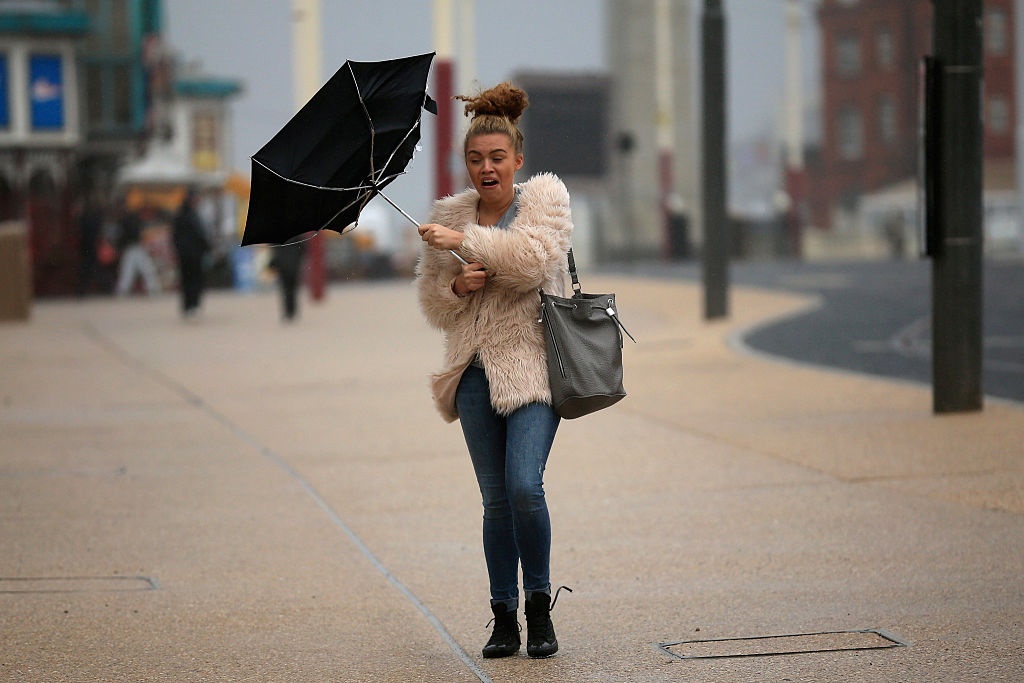 Residents in parts of the Western Cape can expect adverse weather conditions from Wednesday evening - with the weather service warning of strong wind, heavy rain and possible flooding.

The areas likely to be impacted were the Overberg, Garden Route District, parts of the Cape Winelands and the Cape Metropole.

The SA Weather Service told News24: "For the next few days we are expecting a cut-off low which is an upper air system that will result in adverse weather conditions over the Western Cape, with scattered to widespread showers and thundershowers along the Western Cape from Wednesday and clearing by Friday. With this system, a significant amount of rainfall can be expected for Wednesday evening into Thursday over the southwestern and southern parts of the province."

In an updated press release on its website, it said modelling suggested 30-50mm of rain was "likely to occur during a 24-hour period, whilst parts of the Overberg could receive as much as 60–100mm during the corresponding period".

Flooding of roads and formal and informal settlements was possible and could result in damage to property and infrastructure, it said.

"Disruption of traffic flow is likely, along with increased motor vehicle accidents, especially in peak hour traffic on Wednesday. Essential services such as water and electricity may be affected. There is a chance for mudslides and rockfalls in susceptible areas," it added.

The SA Weather Service also warned that smaller vessels at sea could be at risk.

"Localised disruptions to beachfront activities such as the closure of beaches for swimming can also be expected. Strong to gale force south-easterly wind of 62-70km/h and gusts up to 80-90km/h is expected from Wednesday late morning along the coastlines between Cape Columbine and Stilbaai, including the Cape Metropole and Overberg in the afternoon."

The weather service advised residents not to panic over a Facebook message about a "black south-easter" (a cool moisture-laden south-easterly wind).

"Whilst the development of a black south-easter is entirely possible, given the expected circulation pattern, the public should nevertheless not be alarmed by sensationalist media articles doing the rounds on social media."

The City of Cape Town's Disaster Management Centre spokesperson, Charlotte Powell, said all agencies would be on standby.

"All City services and external agencies will be on standby to deal with the predicted adverse weather conditions. We remind residents to please clear out any potential blockages around their homes and ensure that gutters and downpipes are clean. In low-lying areas, please dig a trench around your home if possible, to allow water to run off and reduce the risk of localised flooding," she said.

Lucky Friday for 3 Daily Lotto players!
Full list of lottery results
Lockdown For
DAYS
HRS
MINS
Voting Booth
As South Africa faces down the third Covid-19 wave, how are you keeping your family safe ?
Please select an option Oops! Something went wrong, please try again later.
Staying at home, isolating and being careful
19% - 583 votes
Sanitising and wearing masks when we go out
67% - 2030 votes
Going on as usual, we're not afraid of the virus
13% - 396 votes
Previous Results
Podcasts
PODCAST | Too Many Enemies: Episode 1 - the assassination of billionaire Wandile Bozwana