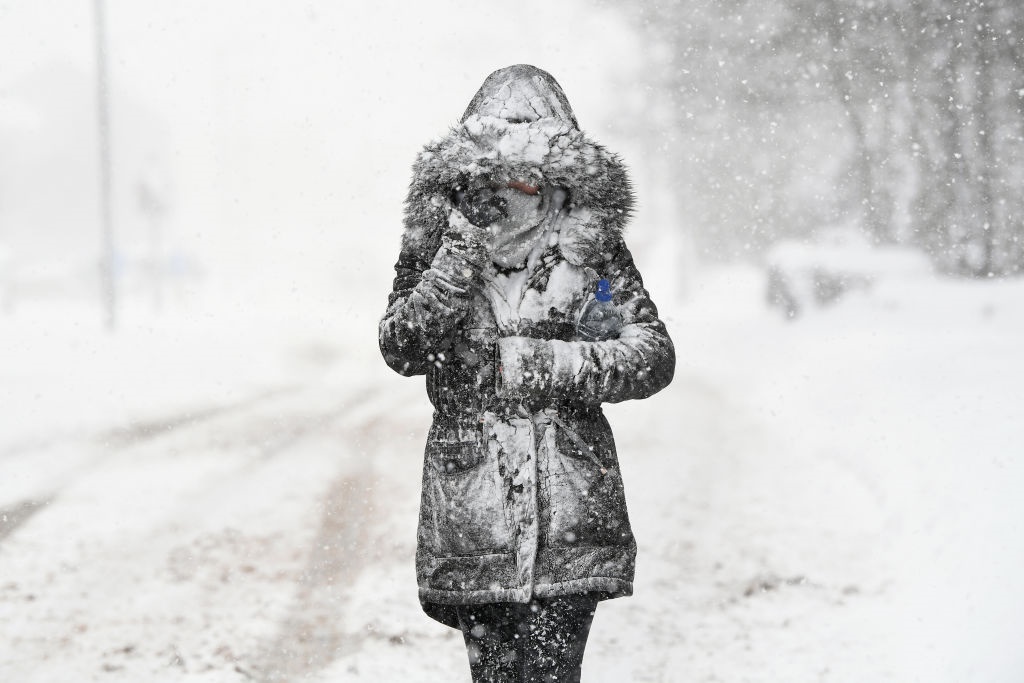 A cold weekend is coming up for most South Africans.
Jeff J Mitchell/Getty Images

It's time to crank up the heater and lay out some extra blankets as a massive cold front is approaching South Africa's shores, bringing with it heavy rain and snow in some parts.

SAWX has reported that a cold front was developing in the South Atlantic and will be arriving on Thursday.

"Our forecasts show this system is not only staying on course but is also strengthening substantially and should make for one of the most eventful winter weekend in Southern Africa in many years," it said on its website.

SAWX is an independent weather service used for educational purposes and by weather enthusiasts.

"A cold weekend is coming up for most South Africans. A significant amount of snowfall, even disruptive in parts, looks very likely from Thursday night or the early hours of Friday morning for the Western Cape, Eastern Cape, Northern Cape, KwaZulu-Natal, and even in Lesotho."

The cold front developing is now very visible and looking mighty indeed. Widespread #snow and #rain is expected from this system. Keep alert for watches and warnings that will be issued by the SAWS pic.twitter.com/QYfZvWOnzN

"Snowfall is also possible for the high-grounds on the border of the Free State and Mpumalanga. This is an advanced forecast so variables like the areas and amount of snowfall are likely to change at some point," SAWX reported.

"This is a major one with a secondary development and will affect the country up to Saturday."

Maliage said the SAWS had issued a warning that heavy rain is to be expected from Thursday in the late afternoon, especially in the Cape metropole and Winelands areas, the Overberg district and the West Coast district in the Western Cape.

"There will also be strong to very strong gale force winds from between 70km/h to 90km/h in the Western Cape, the southern parts of the Northern Cape, and the central Karoo, which will continue until Friday," Maliage said.

She added the SAWS was expecting strong winds of up to 90km/h along the coastal areas between Cape Columbine and Cape Agulhas on Thursday morning that will continue into Friday.

"We are also expecting some snowfall over the mountainous areas of the Western Cape and the southern Northern Cape from Friday, continuing to Saturday morning.

?? An intense #ColdFront will make landfall in the Western Cape early on Friday (10 July 2020) morning.??

The public and small stock farmers should take note that heavy rain, flooding, gale force winds and snowfall on the high lying areas can be expected. More updates later.

"Very cold conditions are expected, especially on Friday and Saturday, in the Western Cape, southern parts of the Northern Cape, possibly spilling over into the northwestern interior of the Eastern Cape."

The rainy, cold weather will not reach inland provinces, such as Gauteng, North West, the Free State, Mpumalanga and Limpopo, although cold winds can be expected in some areas.

"Temperatures in Gauteng will start cooling down on Friday," Maliage said, "with temperatures ranging between 14°C (Vereeniging) and 17°C (Pretoria)".

This article has been edited by replacing the adjective "mammoth", used by SAWX, with "major", used by the SAWS. The SAWS remains the official authority on weather-related matters in South Africa.
We live in a world where facts and fiction get blurred
In times of uncertainty you need journalism you can trust. For only R75 per month, you have access to a world of in-depth analyses, investigative journalism, top opinions and a range of features. Journalism strengthens democracy. Invest in the future today.
Subscribe to News24
Related Links
Special weather alert: Snow, heavy rain and strong winds to lash Western and Northern Cape
WATCH | Let it snow! Sutherland experiences first snow of 2020
Winter is coming: Possibility of snow across South Africa and Lesotho
Next on News24
LIVE | Covid-19 in SA: Death toll at 72 992 as cases rise by 8 988