A 35-year-old man who lives in a makeshift structure on the slopes of Table Mountain appeared in court on Tuesday for arson.

DEVELOPING | Cape Town fire 'not out of the woods yet', UCT suspends classes until 23 April

Frederick Mhangazo was apprehended by neighbourhood watch and law enforcement officials on Sunday night and is accused of starting a new fire during the existing blaze.

He was represented pro bono by private lawyer Shaun Balram, who told News24 he had been contacted to provide legal assistance to Mhangazo.

The Cape Town Magistrate's Court's main building was closed on Tuesday due to a Covid-19 scare, so Mhangazo was led through a narrow passage into a makeshift Court 16 in the Community Court building across the street. His voice was shaky when he gave Balram answers to questions being raised during his first appearance. The court heard that two other people were seen with Mhangazo, but that only he was apprehended.

He is accused of starting a fire and has been charged with arson.

In the course of establishing whether he would be granted bail, Balram told the court that Swahili and English-speaking Mhangazo arrived in South Africa by bus in 2013, on a 30-day permit.

Came to SA to study

He had applied for a visa to study Information Technology in Cape Town and had not received it. He said he lived in a structure made of plastic at the bottom of the mountain.

"My client's belongings were lost in the fire," submitted Balram.

For his address, he used an intersection between Hanover Street and District 6. Balram said his client had no previous convictions or pending matters. 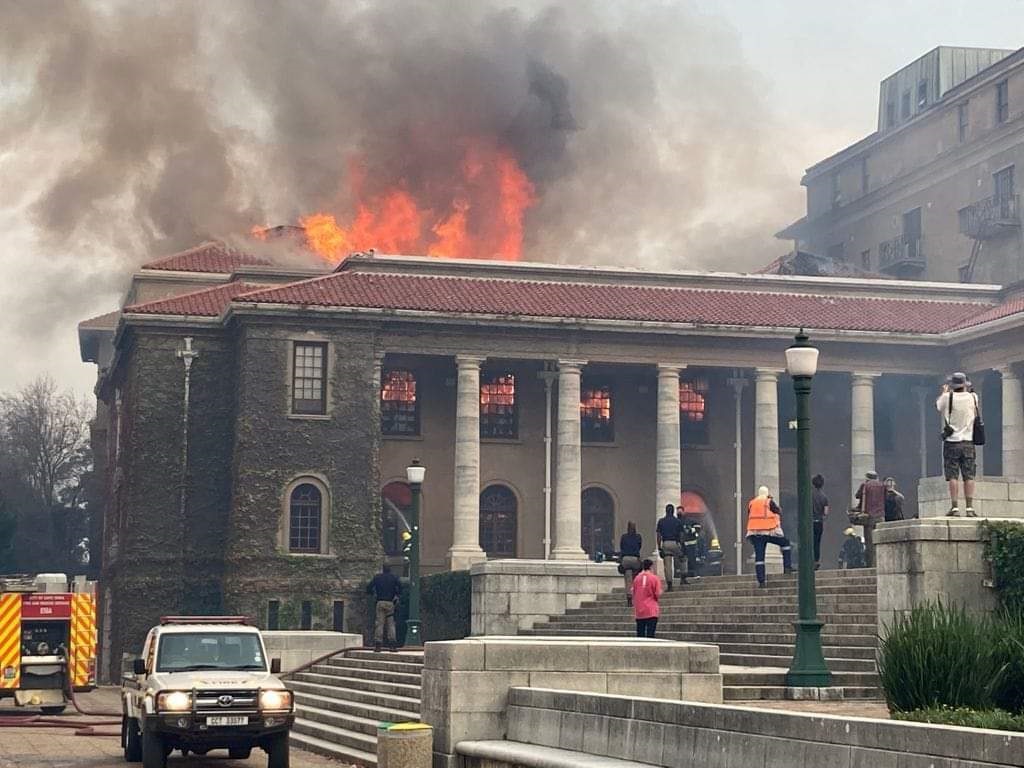 Firefighters are battling a fire at UCT.
Supplied

The matter was postponed to 28 April to confirm his address.

Balram said on the sidelines of the matter that establishing his address would probably involve interviewing people in the area to verify that he was known to other people living there.

He said his client maintained that he was being wrongly accused. The accused remains in custody for bail information to be verified.