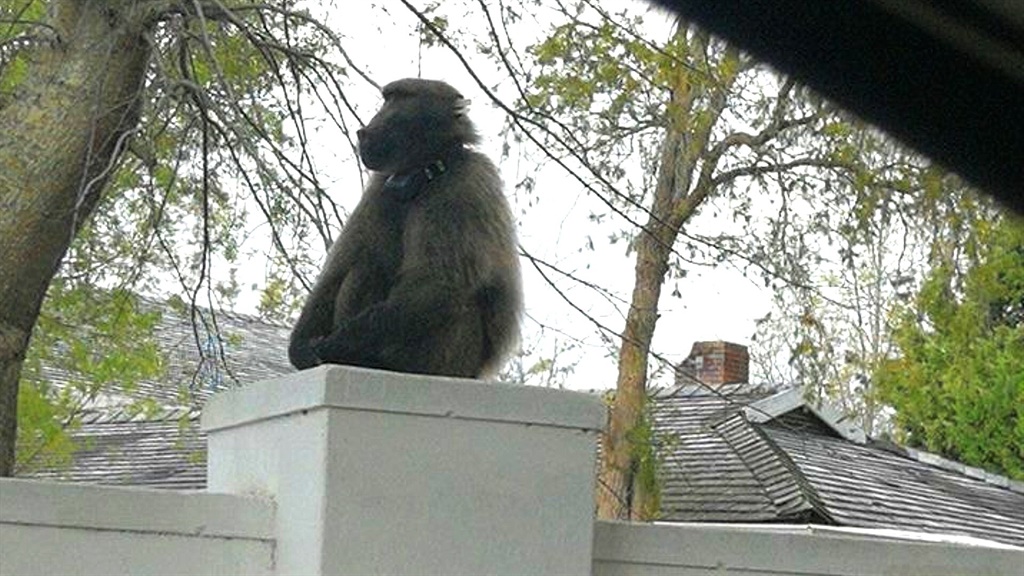 Kommetjie residents are outraged by the capture and removal of their beloved baboon, Kataza, by the City of Cape Town's baboon management team, Human and Wildlife Solutions (HWS), and they fear that the City is planning another attempt to euthanise the animal.

News24 recently reported that Kataza had been reprieved from a death sentence after HWS applied to the City to euthanise the baboon in July this year.

The baboon is known for its capacity to "break the line" of HWS rangers when leading its troop on raids in the rustic village on the Cape Peninsula.

According to Kommetjie resident Bradley Thorsen, who monitors the troop's movements, Kataza went missing on Tuesday and hasn't been seen for four days.

The City of Cape Town confirmed that Kataza had been captured and held for a few days. The baboon was released in Tokai earlier this week.

City spokesperson Kay Montgomery said in a press release: "SK11 was temporarily removed from the troop and this greatly improved the ability of the service provider to keep the entire Slangkop troop from entering Kommetjie.

"The Slangkop troop has not entered Kommetjie since 20 August 2020."

Thorsen confirmed, however, that the Slangkop troop was back in the village on Thursday after a six-day absence, despite Kataza's removal.

The City justified the removal further, saying: "As inbreeding (breeding with relatives) is not ideal, SK11 has been relocated to the northern sub-population where his chances of outbreeding are greatly improved."

But some of the villagers are demanding the animal's return.

Thorsen said "relocating an adult male doesn't go down well because he will not easily integrate into a different troop".
We live in a world where facts and fiction get blurred
In times of uncertainty you need journalism you can trust. For only R75 per month, you have access to a world of in-depth analyses, investigative journalism, top opinions and a range of features. Journalism strengthens democracy. Invest in the future today.
Subscribe to News24
Related Links
Jane Goodall backs Betty's Bay group's fight against council 'paint balling, euthanising' baboons
Baboon roaming northern Joburg captured at Sandton hotel
Baboon treks through Sandton as it seeks new home, residents urged not to panic
Next on News24
LIVE | J&J vaccines in Gqebherha plant still in limbo: Sahpra must assess if fit for use in SA

R200k for two Daily Lotto players!
Full list of lottery results
Lockdown For
DAYS
HRS
MINS
Voting Booth
When and why would you have your or your partner's sperm count checked?
Please select an option Oops! Something went wrong, please try again later.
That's an unnecessary procedure
17% - 213 votes
As soon as we decide to start a family
6% - 75 votes
Only if we're struggling to conceive
77% - 986 votes
Previous Results
Podcasts
PODCAST | The Story: Public Protector Busisiwe Mkhwebane's fate hangs in the balance