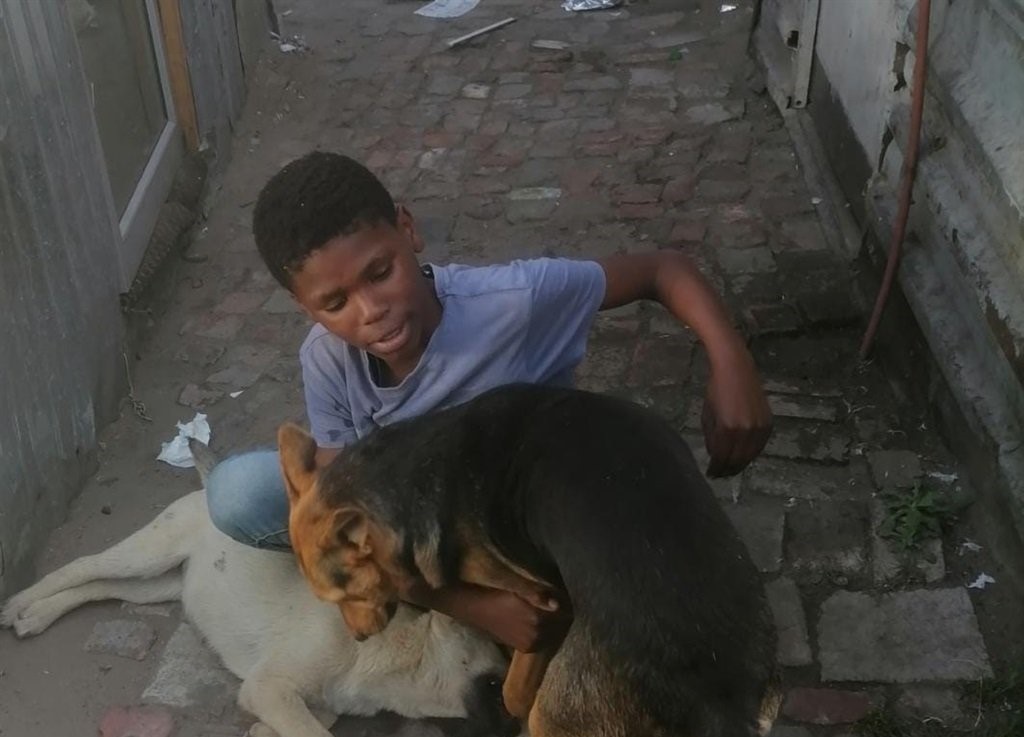 “We must look after our animals, they rely on us and to them, we are their whole world,” said Siv.

Sivikele Mgwadleka, 13, from Philippi, Cape Town, says he "can't wait" to finish school so he can study to become a veterinarian.

"I love dogs. They are the best animals around. When I see a sick stray dog, I pick them up and walk to AWS (Animal Welfare Society SA) so that they can help them get better," Sivikele said. The eager teen said sometime last year his own dog was very sick, and it broke his heart to see his dog not wagging his tail anymore when he saw Sivikele.

"My friend told me about AWS that helps animals. So, the very next day I walked with my dog to the shelter to see if they can help my furry best friend. Unfortunately, there was nothing they could do for my dog as he was very sick, and so he died," said an emotional Sivikele.

The youngster said he immediately got another dog. He takes his dog for regular check-ups at the AWS shelter so that it doesn't get sick:

I named my dog Jamaica. I love him a lot. And I'm taking extra care of him because he's loving and looks after my family and me.

According to his mother, Nolumanyani Lucia Mgwadleka, 33, she is "very happy" that her son has a soft spot for animals.

"He is really a well-groomed young man, and even though he doesn't have the best of things in life, he still makes it his mission to help others, and that makes me happy," she said. Earlier this month the teen and his friend had walked an abandoned Bull Terrier to the organisation. The dog has since been adopted into a loving family.
Photo Supplied

According to the domestic worker, on days her son is not at school, he spends the entire day looking for animals that need help in the Sweet Home Farm area. He then takes them to AWS.

"When I'm looking for him and he's not outside, the neighbours will tell me he's gone to the animal hospital with the dogs," giggled his mother.

According to AWS spokesperson Allan Perrins, Sivikele has become their youth ambassador for the "wonderful work" he's doing in the community by taking stray dogs and cats to the shelter.

"Just last week Thursday he brought in two sick and mangy puppies. He named them Cloudy and Sunshine," Perrins added.

Perrins said when they asked Sivikele why he had given them those names, the staff giggled at his response.

"Siv said he named them those names because he found Cloudy on a very cloudy day, and Sunshine he found on a sunny day," Perrins said.

AWS said Sivikele kept his own "patient records" and had a file on each of the animals he had taken in.

"We expect him back pretty soon with more patients," said Perrins.

Earlier this month, the teen and his friend walked an abandoned Bull Terrier to the organisation.

The dog had been tied to a bridge in the area when Sivikele spotted it.

"It was an epic uphill battle for him to get her to us as she was so weak and frightened. But Siv's dogged determination paid off, and after being on the road for several hours, they made it safely to AWS," Perrins said.

According to AWS, the dog was diagnosed with canine ehrlichiosis, a disease caused by a tick-borne bacteria called ehrlichia canis. It was riddled with mange and fleas. “It was an epic uphill battle for him to get her to us as she was so weak and frightened. But Siv’s dogged determination paid off and after being on the road for several hours they made it safely to AWS,” Perrins added.
Photo Supplied

"Her emaciated little body and the neglected coat were covered in sores and scratches caused by flea allergy dermatitis that made her itch all over. She was initially too scared to make direct eye contact with anyone, and we put this down to years of abuse and neglect by her previous owner," Perrins said.

The dog has since been adopted by a loving family.

According to Sivikele, he goes door to door in his neighbourhood to encourage people to have their dogs sterilised.

"We must look after our animals. They rely on us, and to them, we are their whole world," he said.

Super Saturday for 2 Daily Lotto players!
Full list of lottery results
Lockdown For
DAYS
HRS
MINS
Voting Booth
Facebook is facing a fresh crisis after a former employee turned whistle-blower leaked internal company research. Do you still use Facebook?
Please select an option Oops! Something went wrong, please try again later.
Yes, the benefits outweigh the risk for me
32% - 1965 votes
No, I have deleted it
38% - 2340 votes
Yes, but I am considering deleting it
30% - 1853 votes
Previous Results
Podcasts
PODCAST | The Story: Is dognapping on the rise?