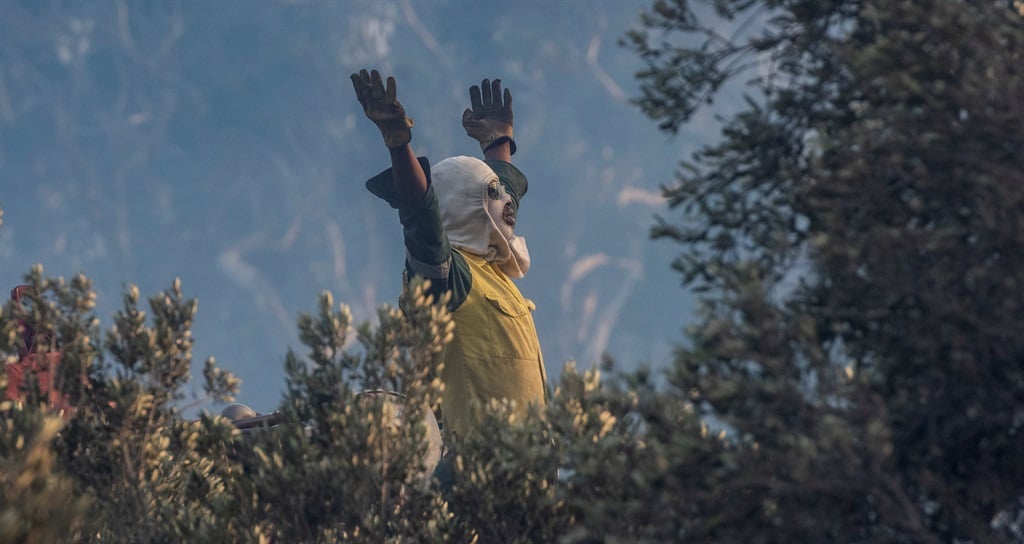 Except for sporadic flare-ups, fire crews have largely contained the massive wildfire that engulfed the slopes of Cape Town's Table Mountain and mop-up operations have started.

City of Cape Town officials described the blaze as one of the area's worst in years.

Around 650 hectares of the park, stretching from Rhodes Memorial to Vredehoek, were destroyed in the blaze that started on Sunday. By Wednesday, firefighters were monitoring the area for flare-ups in the Deer Park area.

At least 11 buildings were damaged in the fire, including historic buildings on UCT's campus and the iconic Mostert Mill in Mowbray.

On Wednesday morning, the City's Fire and Rescue spokesperson Jermaine Carelse confirmed that firefighting resources had been scaled down. He said firefighters were only dealing with sporadic flare-ups in the Deer Park area. He added that crews were still monitoring the areas around UCT and Philip Kgosana Drive.

It took the efforts of hundreds of firefighters, volunteers, and the South African National Defence Force's air resources to bring the fire under control.

OPINION | We may have lost things in the fire, but we didn't lose our humanity

In a statement, SANParks said the closures were "in the interest of the safety of the public and also due to the sensitivity of the areas post fire".

"We understand that hikers, cyclists, and dog walkers are eager to get back into activity, but at this stage, there are too many hazards, including potential tree falls," the statement read.

Firefighters will be on standby throughout the evening to prevent any flare-ups. | @nickymccain https://t.co/GmhSVAdQQ6

In the meantime, UCT is preparing for the return of 4 000 students who were evacuated from the campus on Sunday. The university has established a cross-divisional task team to coordinate the process. The team has begun assessing the condition of the campus in terms of health and safety.

UCT students, firefighters can get free meals at these Cape Town restaurants - but you'll have to show ID | @Eat_Out @food24 https://t.co/U36liIrDWt pic.twitter.com/uUKnY99sLZ

UCT vice-chancellor Professor Mamokgethi Phakeng said: "Once we have cleaned the residences, approved in terms of occupational health and safety, the task team will provide and coordinate transport back to university residences for all students in emergency accommodation. We will make alternative arrangements for those residences deemed unsafe due to fire damage."

1 person bags the Daily Lotto jackpot
Full list of lottery results
Lockdown For
DAYS
HRS
MINS
Voting Booth
Have you ever purchased a fake luxury/designer item?
Please select an option Oops! Something went wrong, please try again later.
Yes, I believed it was authentic
7% - 124 votes
Yes, I didn't want to spend that much money on the original item
20% - 367 votes
No, I always shop at reputable stores
15% - 268 votes
No, I don't wear designer clothing
58% - 1045 votes
Previous Results
Podcasts
PODCAST | My Only Story: The boys' school, the water polo teacher and the creepy WhatsApp messages