A fire in the Cape Winelands Municipality.
Supplied

Cape Winelands firefighters are battling a fire that broke out on the foot of Dwarsberg mountain on Tuesday.

According to the Cape Winelands District Municipality's (CWDM) Fire Services, various resources and ground teams had been deployed. 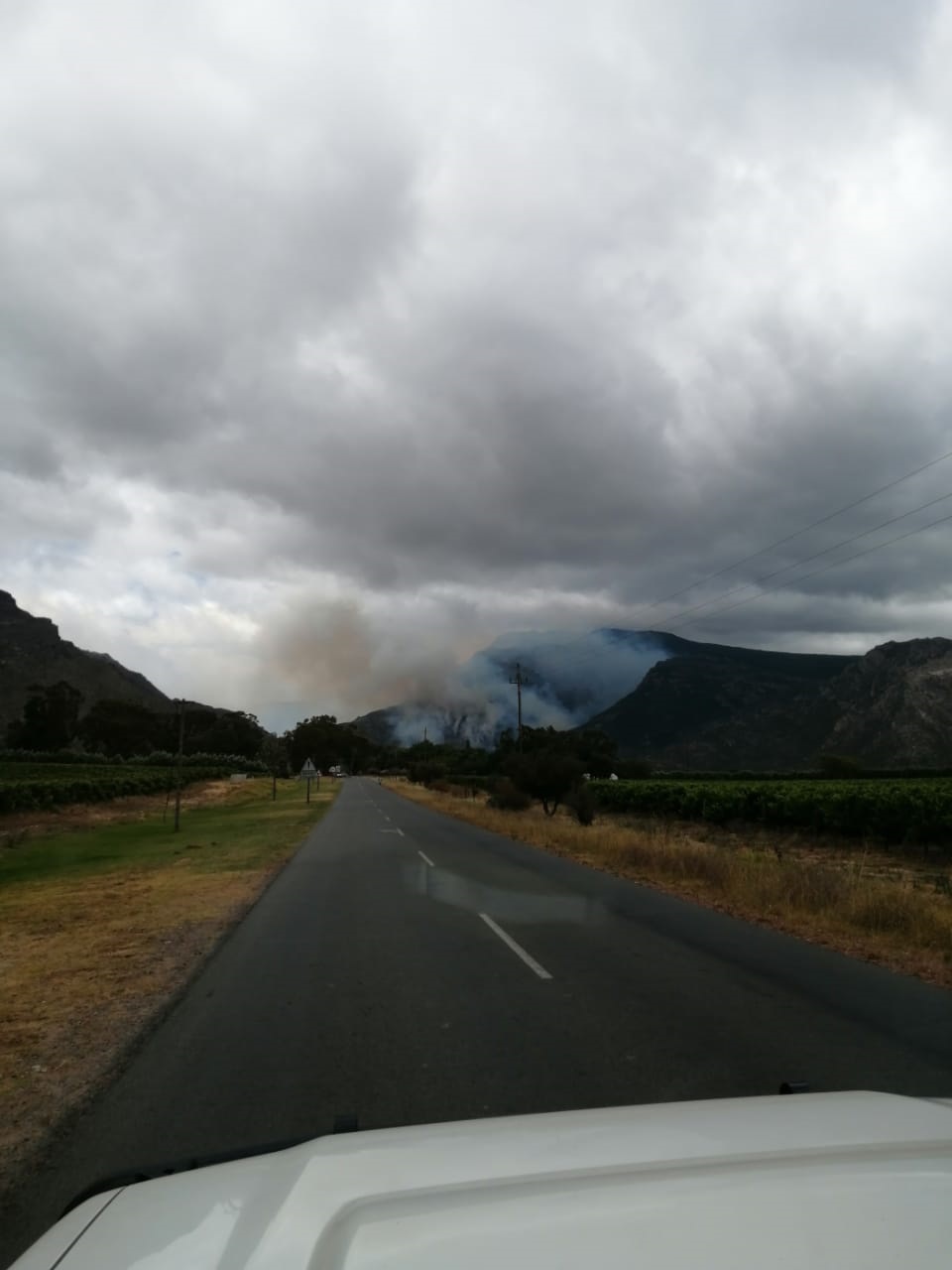 The fire had since spread into a small, inaccessible kloof currently hidden by low cloud cover and light rain.

"Active firefighting activities are set to continue for some time," the municipality added.

The fire was being fuelled by a combination of 15-year-old indigenous veld and a brisk north-westerly wind.

On Sunday, CWDM firefighters also battled a fire in the Matroosberg mountain area in De Doorns that began on Friday night.

Never miss a story. Choose from our range of newsletters to get the news you want delivered straight to your inbox.
We live in a world where facts and fiction get blurred
In times of uncertainty you need journalism you can trust. For 14 free days, you can have access to a world of in-depth analyses, investigative journalism, top opinions and a range of features. Journalism strengthens democracy. Invest in the future today. Thereafter you will be billed R75 per month. You can cancel anytime and if you cancel within 14 days you won't be billed.
Subscribe to News24
Next on News24
BREAKING NEWS LIVE | Western Cape High Court declared safe after bomb threat