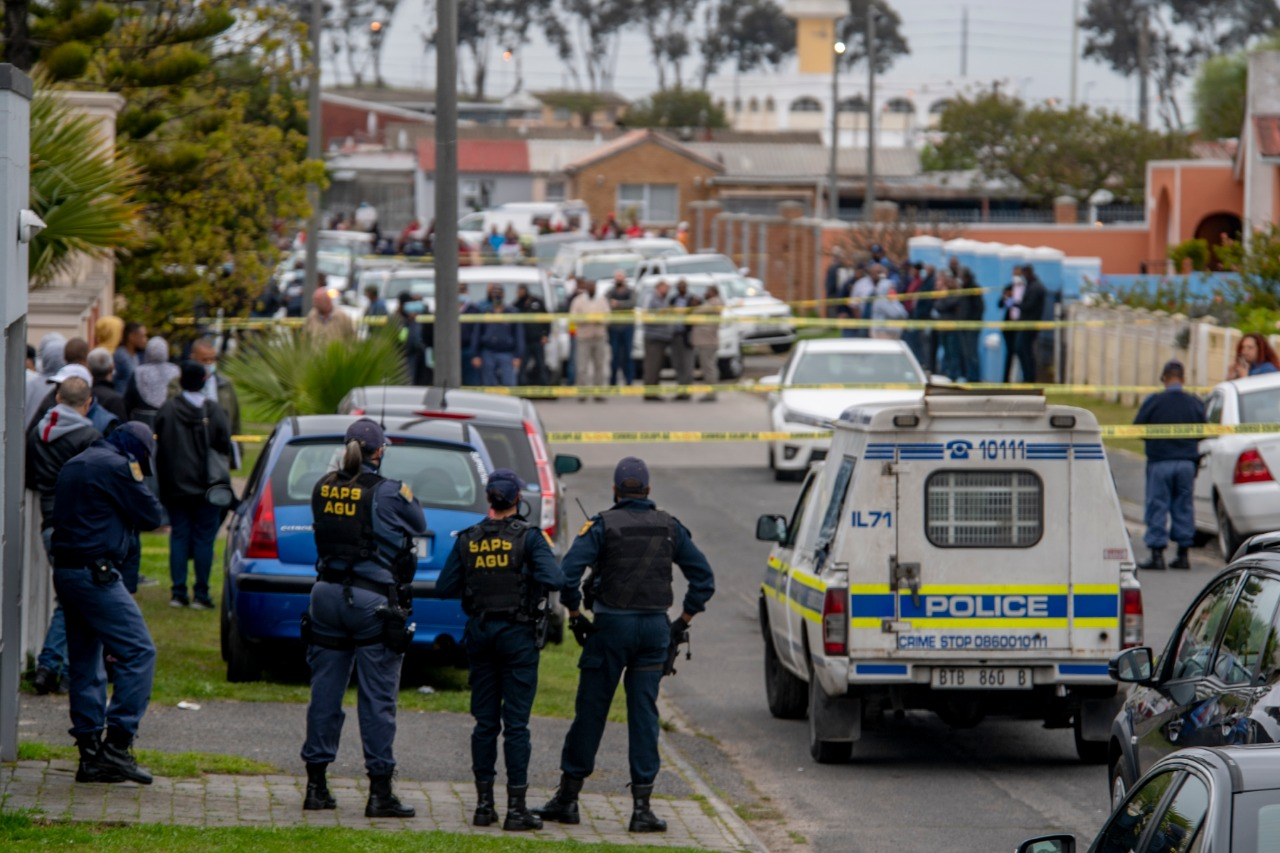 Colleagues of Charl Kinnear at the scene where he was gunned down on Friday.
Jaco Marais

Colleagues of slain high-profile Cape Town police investigator Lieutenant Colonel Charl Kinnear have vowed to hunt down the person who shot him.

According to Netwerk24, detectives promised Kinnear's family that they would not rest until the suspect had been apprehended.

Residents in Bishop Lavis told News24 that shots were heard at around 15:00.

In a statement, national police commissioner General Khehla John Sitole said: "We are all saddened by this tragic untimely loss of Colonel Kinnear and his murder is huge loss to South Africa and its people."

"This is a plan to mobilise critical departments, including Crime Intelligence, forensic experts, the Hawks and tactical units, to ensure that evidence or information that could assist in the successful investigation of this case is not lost," a statement read.

Police Minister Bheki Cele will be in Cape Town on Saturday to visit Kinnear's family.

Kinnear was attached to the Western Cape Anti-Gang Unit as a section commander and was involved in investigations into several high-profile cases, which resulted in multiple arrests.

We live in a world where facts and fiction get blurred
In times of uncertainty you need journalism you can trust. For only R75 per month, you have access to a world of in-depth analyses, investigative journalism, top opinions and a range of features. Journalism strengthens democracy. Invest in the future today.
Subscribe to News24
Related Links
Killing of top cop Kinnear comes days after judgment in witness shooting case and new extortion...
Charl Kinnear killing: Witnesses heard gunshots, found top detective slumped behind the wheel
Top Cape Town police detective Charl Kinnear shot dead in front of his home
Next on News24
LIVE | Covid-19 in SA: Death toll at 21 289, with 778 571 confirmed cases