An estimated R40 million worth of PPE and other essentials were burnt when parts of the Charlotte Maxeke Academic Hospital caught fire on Friday, Health Minister Zweli Mkhize said on Tuesday.

Mkhize said the cause of the fire was being investigated.

More than 840 patients were evacuated during the fire on Friday and Saturday. 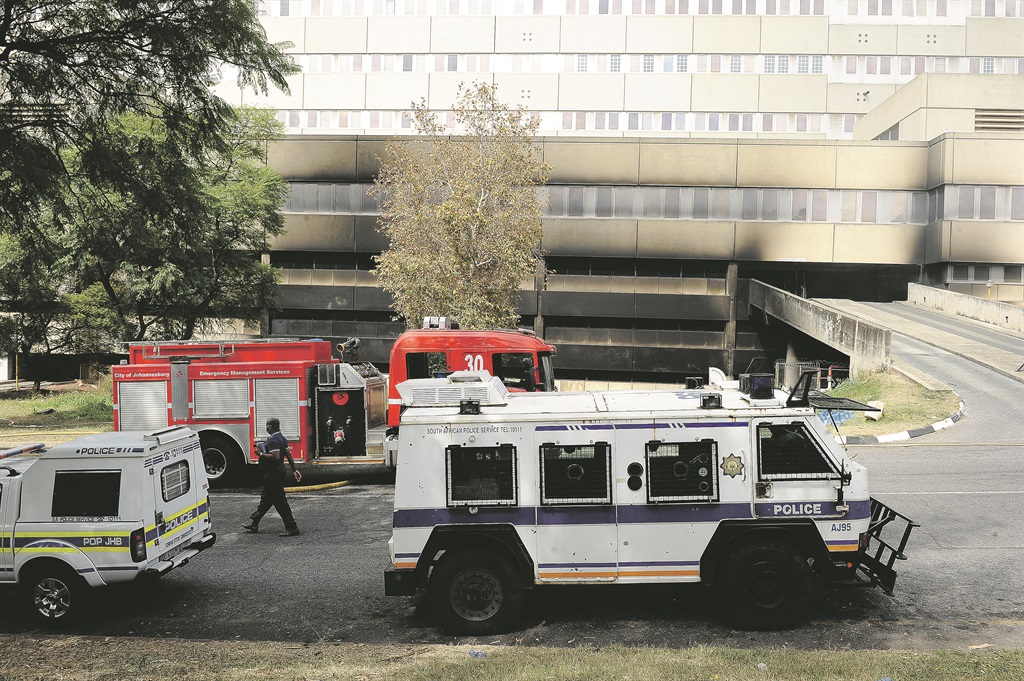 Firefighters were sent to Charlotte Maxeke Academic Hospital in Parktown on Friday. Patients were evacuated to other hospitals.
Elizabeth Sejake

Employees have also been relocated.

All patients have been transferred to various health facilities across Gauteng.

#CharlotteMaxekeFire Minister Zweli Mkhize says an estimated R40 million worth of PPE was burnt when parts of the hospital were engulfed in flames on Friday (@ntwaagae) pic.twitter.com/y8iENh9Rcx

"Patients were coming ... with different level of disabilities, with others on drips and some bedridden and others on ventilators. They were all taken through without any significant incident. That for me is a great part of the evacuation process," said Mkhize.

Mkhize said no one believed that the fire was massive to a point where the hospital ended up being evacuated.

"We have been given a report from the infrastructural section which indicates the level of damages at the hospital. We understand that these are difficult times. It was a crisis with a happy ending because we don’t have any loss of lives, patients left behind accidentally or other patients who were compromised on transit.

"No one can tell the level of damages at this time until a proper and thorough assessment has been done. From the stock that was here ... included over R40 million worth of stock, largely PPEs and other essentials that were lost," said Mkhize.