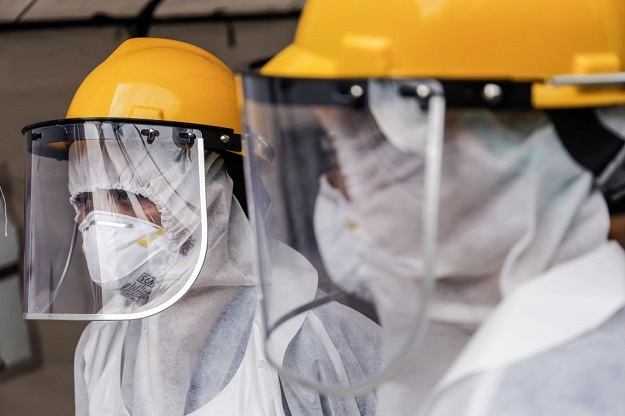 The health dept has withdrawn a circular which said ministers would get to jump the queue for a vaccine.
Johanes Christo/NurPhoto via Getty Images

A Department of Health circular that would have seen ministers and their staff jumping the queue and getting the Covid-19 jab before their age cohort has been withdrawn.

This week, the health department released a circular for the "vaccination of special groups and individuals against Covid-19".

The circular allowed "ministers, deputy ministers, premiers and MECs, as well as their direct staff" to be vaccinated.

Currently, the vaccination drive is organised by age group and work sector. Vaccinations have recently been opened for people aged 50 and above. It is also open for people who work in the education and police sectors.

The circular said politicians and their staff would be vaccinated even if they did not qualify by age or sector.

Other criteria to qualify included people who needed to travel outside the country for work, study, to represent the country in a sporting event, or access medical care.

After pushback, the department on Tuesday withdrew the circular.

Following the circular on the vaccination of special groups and individuals against Covid-19, there has been numerous comments, queries and submissions that indicate that the circular is unclear in its intentions.

He said it was now withdrawn entirely.

On Twitter, acting health minister Mmamoloko Kubayi-Ngubane said the circular was not approved by the Inter-Ministerial Committee (IMC) on vaccines.

This was not Authorised by IMC on Vaccine which is the final decider on target population. I have consistently maintained that I will vaccinate when my age group population is opened, this the stance by many of my colleagues. The circular has been withdrawn ???????????? pic.twitter.com/mnlUcjqxNc

Asked why the circular was released when the IMC did not approve it, health department spokesperson Popo Maja said: "Such mistakes happen when one is under pressure. Back to back meetings and less sleep."

Maja said the department did not withdraw the circular because of public pressure.

"It was an error of judgement on our side."